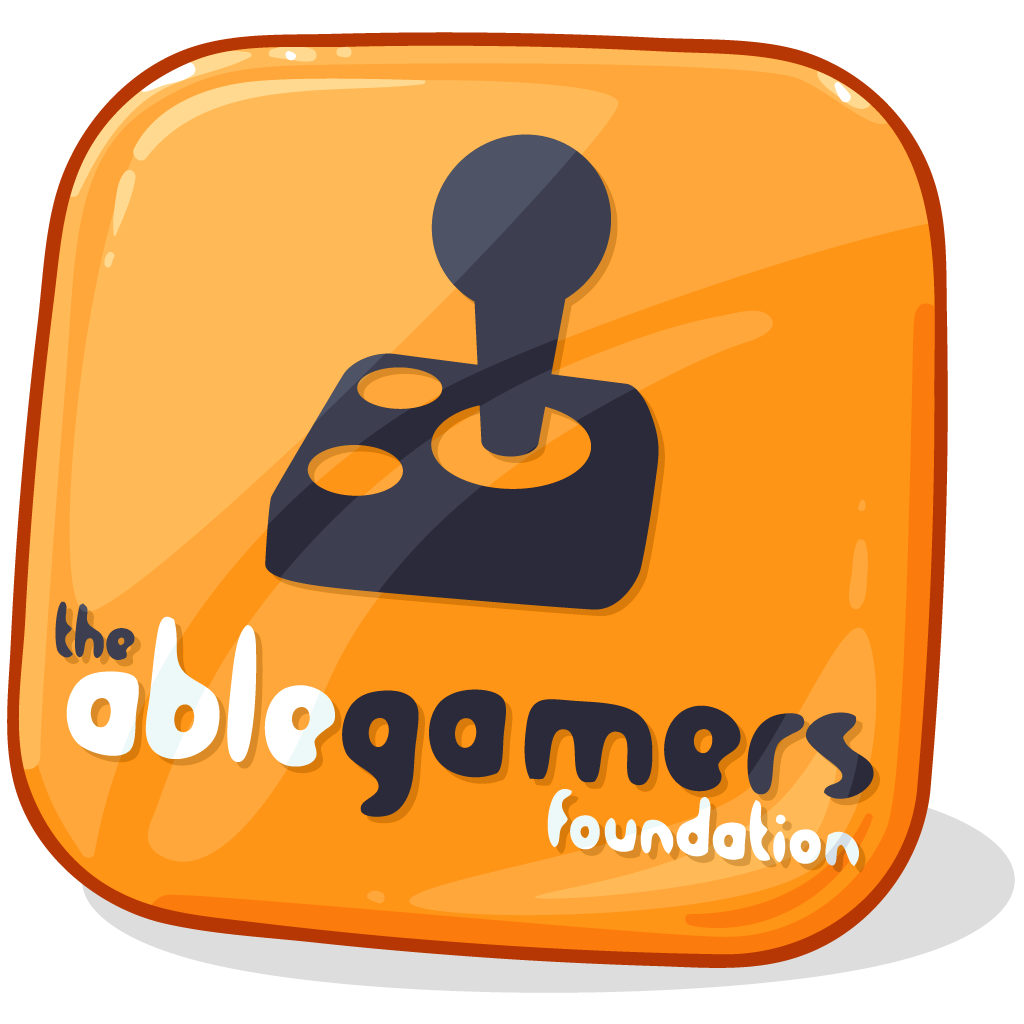 By James Higginbotham  •  8 years ago  •  Interviews

PN: What is the  AbleGamers Foundation all about?

AbleGamers is all about improving the lives of people with disabilities by empowering them to have rich and social lives, while having fun using the power of video games.

PN: How did AbleGamers get its start?

We got started when my best friend was diagnosed with Multiple Sclerosis. We had been friends from all the way back to middle school. We were both gamers, and as we moved into our adult lives, we used gaming to stay connected. We had a core gaming group that meet once a week. One week Stephanie did not log on, so I gave her a call.

What I learned  that day, MS was going to take her ability to use a mouse, and so she was not going to play. I found this unacceptable and started looking for new technology to get her back in the game. I did not find anything meaningful. I took that as a calling and started AbleGaemrs.

PN: How does AbleGamers help video game players with disabilities?

Our mission is really three-fold. We run the largest community for gamers with disabilities in the world, a safe place where they can  hangout and learn from each other.

Industry Work: We work with game makers to get the features that make accessibility happen. We also work to bring new hardware to market as well. A two prong attack, fix the software, and create new hardware.

The third is our Grants. Sometimes the barrier for a person with disabilities – having the richer life we are working so hard to bring them – is purely cost. For many, disability is expensive, and some of the custom controllers needed to game are just luxuries that are always out of reach. We are proud, that thanks to the support from gamers all over the world, we are able to open our grant program full time now, so we can get those that need help the things they need to play. There should be no barrier to having fun.

PN: It was said your main goal is to change the culture of the industry to embrace gamers with disabilities. Has this change started?

It has started, abet slowly. Five years ago when we started with this industry push, developers would run for the hills as soon as we said the words “Disabled People”. It sounded scary, hard, and to some, potentially a legal issue. We approached each one over and over, showing that we are a trusted partner with the goal of getting people back in the game. We are not just some advocacy group looking to make embarrassing headlines. Our award-winning “Includification Guide”  can now be found on the desks of many developers across the industry.

I just got off the phone this week with the head of a small indie developer who wanted to ask me how to fix an accessibility issue in his game. He told me about the project, the issue, and we explored ways he could get the same result he was looking for, from a game play perspective, but do it in a way that did not leave any gamers out. Frankly, he has taken our mission and said, “If I can make my game more accessible, then I can put it into more people’s hands. More people means more money” and I think that is very fair. Win win.

PN: What video game companies have embraced or changed their thinking to support gamers with disabilities?

I don’t think that we will ever fully know the answer. We are seeing far more accessibility in games than we saw 9 years ago. I would like to think it is because of the work we are doing. Anecdotal, the calls we get from game makers is going up, the number of NDA’s I am under keeps going up, so I think the industry is evolving.

PN: Nintendo has reached the elderly and the young with the introduction of motion controls. Back then did you see this as a nice first-step? How open has Nintendo been with asking or providing feedback for gamers with disabilities?

You are correct that they did, and to some extent introduced the world to this idea of motion control. I did not really see this as a first nice step; I saw it as a marketing tool. The message I got was “Our new way of gaming is so easy your grandma can use it.”

Keep in mind that as you add motion control as a new paradigm, you completely and totally lock out those that do not have good motion.

What about the young man with MD or ALS, where motion, especially controlled motion, is not an option?  I still get email every week from parents who ask me questions like, “How can I get my little Sally into playing this Wii (Or WiiU) we got her? She has MD and cannot move her arms well at all.” The first thing I say to myself is, “Why did you buy her a Wii?”

That said, I want to be clear here. I know that there are researchers who have done some amazing work using the Wii as a tool. What I am talking about is the gaming experience that Nintendo was creating, the stuff you buy at GameStop, not the Parkinson’s lab at the University of Your State. I know that it changed the lives of many people, the games that launched were understandable, the motion was familiar, I do not want to take that away from Nintendo, as a company creating a new way of gaming, the launch of Wii was perfect.

As to how open they have been to feedback. Among their peers, they are dead last.

The odd thing is we used to have an okay relationship with Nintendo before the Wii. They have some great handhelds and we know so many disabled gamers that loved them. As soon as the Wii came out they shut down all communication with us. I suspect it was because they honestly had no answer to the questions we were asking.

I also think the narrative they were looking to create was not compatible with the AbleGamers mission. They were marketing a system so easy (this) grandma could play. The issue we were bringing up did not “fit the script” as it were.

PN:  What about other motion control systems like the Kinect?

We have been very critical of the Kinect. It has many of the same issues as the Wii. The main difference is that for most game, the Kinect is an “in addition to,” option, not an “Only”. 80% of games did not need a Kinect. That number flips in Nintendo.

Also, three months before they released the Kinect, Microsoft flew accessibility specialist from all over the world, including me. We had a frank and open conversation about the Kinect, the limitations, and the rest. It was a workshop of real smart people looking to minimize the impact to the disabled community. Kinect is still not great for many people with disabilities.

Microsoft understood from the top that they had an issue, and did what they could to reach out to the community.

How many companies are working close with AbleGamers to make games more usable for disabled gamers? Can you give a few examples of how they have embraced the idea?

AbleGamers has working relationships with almost every major publisher, and the majority of indie publishers. Of course, that’s all to varying degrees. Companies like Harmonix, BioWare, R* and a dozen others have brought us on site. Others, including Blizzard and EA, generally give games and other swag to our community events regularly.

Nintendo is the major exception. We were repeatedly turned down for their press list, and only recently did we get on it. And they still won’t talk to us about making their games more accessible.

It would take up far too much room to list every single change that has been made, but we’ve been very successful at convincing the people making the decisions to add accessibility were possible. Blizzard added colorblind options, additional movement controls and quest improvements after we talked to them multiple times about various issues facing the disabled gaming community.

We worked very closely with R* on Max Payne, Noir and others.

We consulted with EA on numerous titles including SimCity, FIFA, etc.

The truth is we aren’t very big on pointing out what changes came about because we only care that they changed for the better. Thanks to the changes that have come about from various conversations we’ve had with developers over the years, there will probably be thousands of accessibility adaptations, hundreds of thousands of gamers who won’t even realize options are in games. especially because of the conversations we had with publishing company. But none of that matters. The only thing that matters is that the industry makes as many games as accessible as possible.

The times that we can point to a conversation and realize changes were made directly because of our conversations are just icing on the cake.

We are easy as pie to find, AbleGamers.com twitter @ablegamers and facebook.com/ablegamers we keep it consistent.