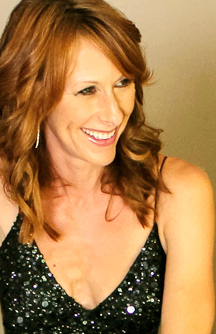 PN interview with the voice of Gianna Parasini from Mass Effect 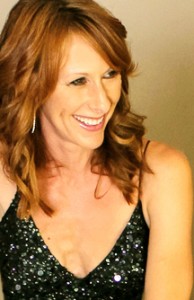 Wendy Braun was kind enough to talk to us a little about her roll as Giana Parasini in Mass Effect as well as one of my favorite movies.

PN: Tell me a little about your character in Mass Effect, Gianna Parasini.

WB: I play a sexy, snarky undercover agent who first introduces herself to Commander Shephard as Administrator Anoelis’ secretary in Port Hanshan on the planet Noveria. Depending on the choices the player makes, my character reveals more in depth information.

PN: Why did you choose to take the role as Voice of Gianna Parasini?

WB: I auditioned and got the part and loved the idea of playing an undercover agent, then the possibilities are endless. I didn’t know when I did ME 1 that it would lead the other videos.

PN: Have you played through the game? If so, what do you think of your character and how she turned out?

WB: I’ve been busy running after two toddlers, but my husband has played the game and I’ve seen my character in action. It’s amazing hearing your own voice belong to another being. It’s fun to see the finished product–amazing ,really–since I recorded everything alone in a padded sound booth!

PN: You seem to be a well-rounded actress with a lot of different roles on TV, Movies, Theater, as well as a ton of voice acting. I know some of our readers would be surprised by how many commercials, promo’s, they have heard your voice in. What has been some of your favorite roles? How was doing voice acting in a video game different than anything else you have done?

WB: Yes, I’ve definitely done a lot of VO work. It’s so much fun. I’ve voiced commercials for everything from Safeway to Starbucks, and Dell to Red Bull, and introduced the Ellen Degeneres Show for about a year. Doing a video game is very different than acting in a film or on a tv show, because in those mediums you have so many fundamentals to help you–the sets, the costumes, other actor’s to play off of and engage with you. With video games, I am recording all of my dialogue alone in a sound booth with a microphone, a pair of headphones and a music stand for my script and that’s it. I have the guidance of the director who listens and directs as we go, but there really isn’t anyone to play off of. So much of it is where your imagination can take you, and your commitment to each scene, because if I’m not feeling it, the audience will know. The toughest thing is probably doing fight scenes, because it’s all you and no opponent. Voice acting is much more physical than most people would think. It’s really a full-body experience, not just using your voice. I really become the character. It’s actually just as technical a craft as acting in other mediums, if not more so.

PN: Would you ever consider doing another video game voice again? What would be your dream video game role?

WB: Yes. I don’t have a dream game, since the last video game I played was Ms. Pacman (but I hold several titles!), well not counting Dance Dance Revolution at an arcade with my kids last week! But I do love playing dark and evil characters or characters who turn out different than they appear. It’s always fun for me to stretch as an actress and play against my on-camera type.

PN: Now seeing we may be a little biased towords Nintendo (Being Pure Nintendo) Do you have, or have you played the Wii U yet? What do you think?

WB: As my two boys get older, I’m sure will be on the Wii train. As a former dancer, I am very excited to try out all the cool dance games and play with my family. I love the idea that these video games are so active-I think that is awesome!

PN: Why should someone get into the Mass Effect franchise?

WB: It’s an amazing epic space odyssey with a player created character in a race to save the galaxy. It’s such complex storytelling and amazing graphics, that it’s really an adventure every time.

PN: Ok I am going to have to go off video game topic to talk about one of my favorite moives of all time. One of your first film credits was the Big Lebowski, What role did you play in the film?

WB: It was my first film credit when I moved to Los Angeles. I was a bowling pin chorine dancer in the dream sequence with The Dude.

PN: How was it working with Jeff Bridges? Is he as awesome and dreamy as we all imagine?

WB: He was amazing. He was surrounded by more than 20 leggy showgirl dancer types for the better part of a week and he remained a complete professional and a total gentleman. His wife and 3 daughters came to visit him on the set. He is as down to earth as they come, friendly and so much fun!

PN: Would you voice a video game with Jeff Bridges? What would be a good character for him to play?

WB: Absolutely! I’d love to see him play a powerful force of evil. He has a rich resonance in his voice, and it would be fun to hear his version of a powerful mastermind leader.

PN: How are the Coen brothers as directors? I imagine they may be a little..you know…different. Hey, just look at the movies they have made! (Love them all by the way)

WB: They are such an amazing team. They really make all their decisions together. I don’t think I ever saw one without the other on the set. They are exactly as you’d imagine, smart, focused, committed and well, pure geniuses.

PN: Thank you for your time. Any last words?

WB: I so appreciate the dedication your fans have to our work. It’s so much fun knowing that what we do makes an impact. Thank you!