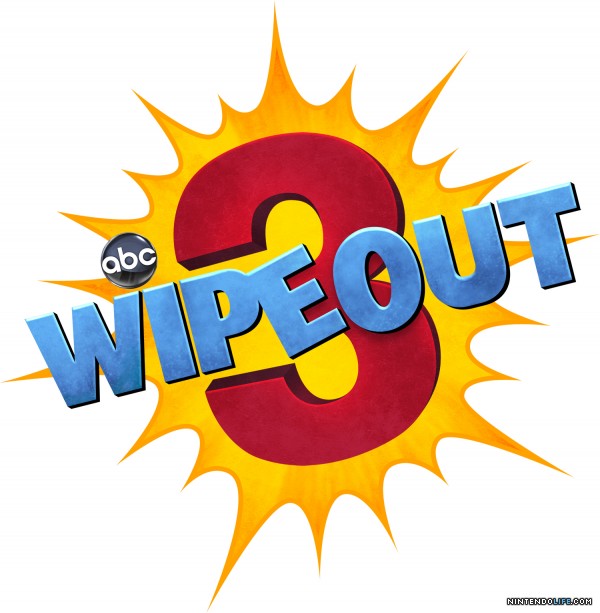 Thank you to Matthew Paul, Senior Producer and Mike Helker, Associate Producer, for the interview.

PN: Can you tell us a little about Wipeout 3 for the Wii U?

Wipeout 3 takes gamers into ABC’s hit TV game show, packed with all new, exclusive features for the Wii U. With 12 completely uniquely themed courses, players can jump into fan-favorite obstacles like the Sweeper Arms and Big Balls alone or play with friends and family. With the introduction of a new, over-the-shoulder camera perspective, players can watch their characters twist, bend, and splash through each hilarious course. Wipeout 3 also introduces a new leveling up system and a Wipeout Shop that lets gamers spend Ballsy Bucks to unlock bonus items, equipment, and characters.

PN: What made you decide to bring Wipeout 3 to the Wii U?

Stemming from ABC’s outstanding TV game show, Wipeout has been a solid success since the title first released onto videogame platforms. We want to carry that legacy over into the next generation of home consoles, beginning with the Wii U. It’s important to us that gamers of all ages have a family and party-friendly option for their new console, and that Wipeout fans who purchase the Wii U are still able to experience the hilarity and action of Wipeout 3 in a way tailored specifically for their system.

PN: Probably the biggest question about the Wii U version of Wipeout 3; how does the game use the Wii U gamepad? Example: How would one run?

Wipeout 3 really makes the most out of the Wii U GamePad by incorporating it in both Single and Multiplayer modes. In Single Player, all the exciting sights and sounds being displayed on the TV will also be on the GamePad touch screen. So players will have the option to continue playing without even needing their TV at all!

For multiplayer, we’ve introduced a Wii U exclusive mode specifically designed to take advantage of the GamePad’s touch screen called “Trap Attack”. Up to 4 players will be able to use Wii Remotes to run the Wipeout course. While those players are running, any of the players will then be able to take control of the course obstacles using the GamePad. The GamePad will show a different perspective of the course along with different levers on the touch screen that can be pressed to activate traps to wipeout their friends. They’ll also be able to unleash an endless barrage of snowballs and water balloons by tapping on the touch screen.

PN: Are there any new games, levels, and features, added to the Wii U version?

Wipeout 3 brings multiplayer action to a whole new level on the Wii U. Using the Wii U GamePad, players can grief contestants as they run the Wipeout course, throwing snowballs, tossing water balloons, and triggering obstacles at the perfect moment to cause chaos. This brings a unique vantage point in multiplayer modes, exclusive for Wii U users only.

PN: Does Wipeout 3 use any other Wii U capabilities like, NFC, Online, Miiverse? I would like to show off my awesome scores on courses.

Not at the launch of the Wii U, but perhaps in the future.

PN: Other versions are up to four-players. How many players can play the Wii U version? How do they interact with each other?

Wipeout 3 can support up to 5 players in Trap Attack mode. Wii Remotes are used for up to 4 players controlling contestants, while the GamePad is used in addition to control the course.  This makes the Wii U version of Wipeout the only version that supports 5 players.

Is the Wii U version a direct port of Wipeout 3 or was it built from the ground up?

Wipeout 3 for the Wii U includes all of the awesome features and levels available for the other consoles, but has been optimized even further to use the system’s visual capabilities and user interface to deliver a unique gaming experience.

Moving Wipeout 3 onto the Wii U console was mostly a smooth transition.  Certainly developing for any new platform has a learning curve, but the engineering team is a group of seasoned veterans who knew what to expect. Working with the Wii U is very exciting – we’re dealing with new technologies that allow us room for more creativity and imagination when designing new game concepts and features.

PN: The question I end all my interviews with. (Be creative) Why should someone purchase this game, in this case, during the Wii U launch?

If you look at the launch line-up for the Wii U, you’ll find a wide range of titles, from sports games to action-adventures. But Wipeout 3 is its own, unique genre. Not only does it offer an authentic experience to Wipeout’s massive fan base around the world, but it truly caters to every gamer, from families playing together in the living room to hardcore gamers playing against their friends. Wipeout 3 is a game for anyone and everyone.