We were lucky enough to (virtually) sit down with Henry Fernández, Game Developer and Founder of Fiery Squirrel. We asked Henry all about his game development background and the upcoming Nintendo Switch title, Cosmic Defenders.

Fiery Squirrel is a one-man team. Can you tell our readers about your history with gaming and what inspired you to form this company?

I have been playing video games since the NES, but I never thought working in the game industry was an option because there weren’t many game companies in Venezuela. So I studied computer engineering, specializing in computer graphics, artificial intelligence, and video game development. That’s when I realized that being a game developer was what I truly wanted to do. After making some prototypes and demos at game jams as well as in my free time, I decided to work on my first commercial project in 2012, Fluff Eaters.

Fiery Squirrel was created in 2014 as a medium to develop and share the games I create with the world. It started with me not knowing a lot about the industry and just wanting to make cool games for people to enjoy. I would not say that I know a lot now, but I’ve definitely learned a lot on the way and I keep doing it.

Through Fiery Squirrel, I try to create innovative games with a combination of simplicity and energy, forged in a traditional way with elements from the modern world. As I envision this company, I would like it to become an experienced crafter, dedicated to impact players’ worlds in a meaningful way through simple and enthusiastic games.

Your base moved from Venezuela to Japan, how did that come about? Do you find it inspirational being an independent game developer in such a tech-heavy country?

I came to Japan in 2009 as an exchange student for one year when I was in college. The experience was great, so I decided to pursue my PhD here as well. In 2014, I participated in a program from the Japanese Ministry of Education to get a scholarship and study my master’s degree in Japan, and I was lucky to get it. From that point forward, I’ve been studying and working in videogames as much as I can.

Yes, it is amazing to have the opportunity to be working on this in a country like Japan. As you probably would imagine, the Japanese culture is very different from mine, customs, way of thinking, point of view, etc. These elements contribute strongly with how I design and create videogames.

In addition, the way Japanese people live, in general, is really “comfortable” I would say. Not only coming from a third world country, for me it’s fascinating that everything just works, but the Japanese people have this concept called “Omotenashi” which really takes hospitality to a different level. Feeling this comfort really helps to focus on the creative process and try to make the best out of it.

Finally, I would say that Japan is an amazing country, with an interesting culture, including their history, elements such as samurai, anime, games, etc. make it very inspirational when working in a creative media like this.

How did the idea for Cosmic Defenders originate?

The mechanics and concept were designed using the theme of cooperation, which is a message I wanted to send to the world: highlighting how important it is to cooperate with others to live in peace. The main reason for this was that at that time, and still today, Venezuela was going through a lot of difficult things, and I wanted people to realize that we and everyone else in the world needed to support each other. That’s also why some mechanics in the game, not only encourage, but force players to cooperate to clear some levels by destroying enemies together. 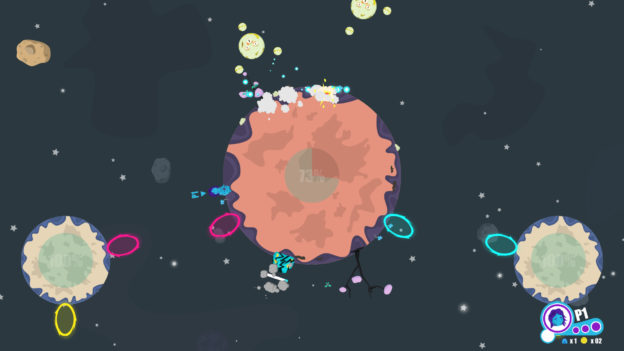 And how long has the game been in development?

The development of Cosmic Defenders started back in September 2017. Before that, there was a game jam (Ludum Dare) in 2017, which was where the game idea was born. So, the whole development time was around 2 years and 5 months (plus the game jam days).

Why did you choose to develop your game on the Nintendo Switch, and how have you found working on that platform?

This is the first time that I’ve made a game for a console, so there are a lot of new things I’ve experienced and learned in the process when working on the Nintendo Switch.

First of all, I would like to say that before making the game I already knew that I wanted it on the Switch because I thought it was the perfect fit for it. Not only does the game have a bunch of elements from the old school NES era, but easily being able to play with friends or family anytime made it a very good option for Cosmic Defenders.

About working on the Switch, Nintendo has made it really nice to work with the platform. For developers, there is plenty of documentation on the Nintendo website and they made things simple for us to access and work with features such as the Joy-Cons.

I would also like to mention that I’m using Unity3D for the creation of this game and it has been very helpful when implementing things. For that, I think that both the Unity team and the Nintendo team have been working really closely to develop a nice tool for us, developers, to bring our creations to the platform with the minimum difficulties as possible.

How has it been working with Natsume? Can you tell us a little about this arrangement?

Natsume understands that one of the most difficult aspects for us, as independent developers, is to get the necessary exposure to reach the audience we want to reach. As a way to compliment that part of the process, Natsume thought it would be great to support Indies with their experience and audience, to help us get our games to a larger audience and, at the same time, to be able to present new experiences to their audience with the games we are making.

In my case, there are different parts of the whole creation process that Cosmic Defenders and Fiery Squirrel have benefited from. It has been really helpful to have Natsume’s feedback about ideas related to the game during the process of creation, specifically game design, art, and sound. In addition, as I mentioned before that one difficult aspect of this kind of game was QA and testing, Natsume has also helped enormously with this part, debugging the game and helping improve its quality. Finally, of course, I think that thanks to their marketing experience and amazing audience, hopefully more people will know about the game and have a chance to enjoy it. 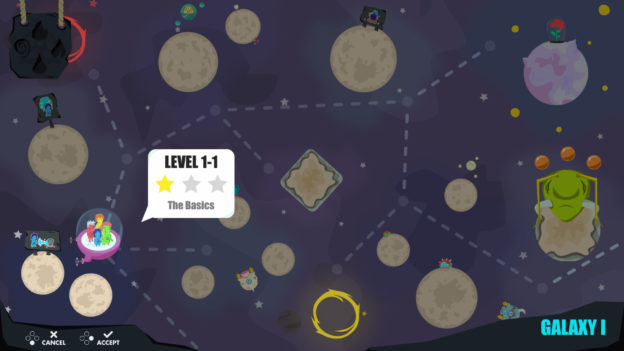 When should fans expect to see Cosmic Defenders be released on the Nintendo Switch?

Cosmic Defenders will release in April.

What’s next for Fiery Squirrel?

For now, I am putting all my energy on Cosmic Defenders, and do my best to have the best possible release for the game. In addition, I would like to share that it’s in my plans to have more content for Cosmic Defenders after its release. Natsume and I haven’t discussed anything about this yet, but I would love to include some features that I feel would bring more joy to players and let them enjoy interesting elements of the game.

In the future, I would love to keep working on other ideas that I have on my list, but nothing is decided yet. 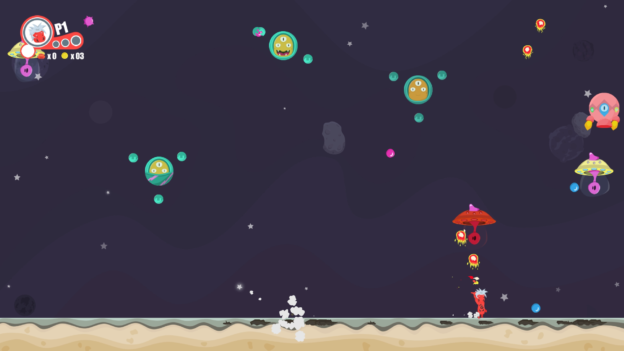 Do you have any advice for developers trying to break into the indie scene?

For me it’s difficult to give good advice because I’m also learning a lot from this industry. I don’t have a lot of experience, however, I would say that if you are passionate about it, there is no reason for not doing it. Even if you do not 100% dedicate yourself to making games independently, there is always satisfaction about working on your own ideas, and you can do so in many different ways. Try to learn as much as you can from other developers, go to events, watch YouTube videos, try to make as many projects as you can, and try to fail early so you can learn from mistakes, and, most importantly, have fun when making games! We are all here for that!

Thanks for your time, we really appreciate it!