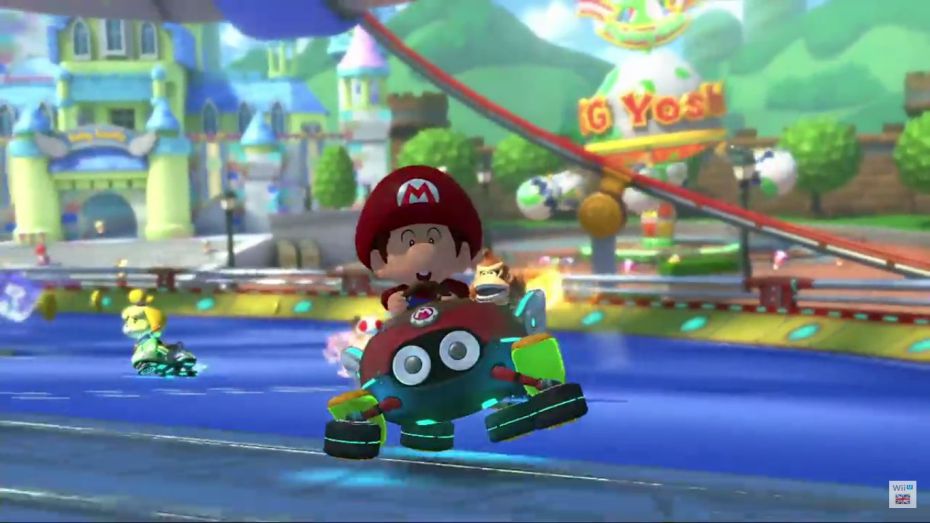 Mario Kart fans have been treated to the second round of DLC for the Wii U’s Mario Kart 8 a little earlier than expected, releasing on April 23 around the globe instead of the originally-slated May 2015 placeholder.

As with the first pack released late last year, this one comes full of new content, including two brand new cups comprising four courses each, three new characters and even new vehicles to race with. It’s basically a breath of fresh air into an already excellent game, giving the latest Mario Kart an even higher level of longevity and depth than ever before.

The two new cups are the Crossing Cup and the Bell Cup. Tracks are again a mix of old and new, though the ratio has changed a little, with four new and four retro tracks. Having said that, the older retros are given such amazing facelifts that they often feel like completely new tracks. And that’s the overall feel of this pack – fun, fresh and jaw-droppingly gorgeous to look at.

Let’s not forget that the pack comes with three new characters – the Animal Crossing Villager (both male and female), Isabelle the dog, also from Animal Crossing, and Dry Bowser, a skeletal version of Bowser. Each is fun to use in their own way, though I’m not one for the bigger drivers, so struggled with Dry Bowser.

The content also comes with several new vehicles to try out, with two karts, a bike, an ATV, tires and a glider. Of course, we here at Pure Nintendo are happy to see a P-wing-inspired design among the bunch.

There’s little else to say when you’re given new Mario Kart tracks other than download and enjoy. If you already have the original game you know exactly how great it is – Mario Kart has never needed extra content to make the fun last – but the added content is so glorious in its design that it truly makes it feel like a whole new game all over again. Purists may not agree with the use of characters outside of the Mario universe, but it’s done so well that the newcomers feel like special guests and the themed tracks themselves a homage to Mario Kart from their point of view.

It’s a duet done very well and I can only end by reiterating my summary from the first DLC pack review – go and enjoy this content. Now.