With the help of three friends, Kirby sets out on his quest to save Dream Land. 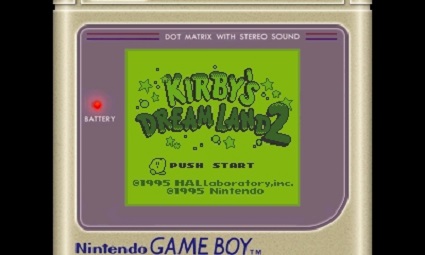 Will Kirby be able to save the Dream Land from Dark Matter? 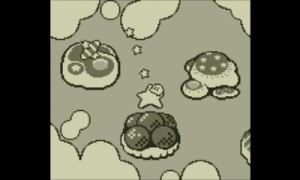 The original Kirby’s Dream Land was a big success, and three years (and an NES hit) later this sequel arrived.  It brought a lot more of everything, plus some fun new additions.  Helping Kirby solve the mystery of the disappearing Rainbow Bridges would delight gamers, but does the same still hold true today? 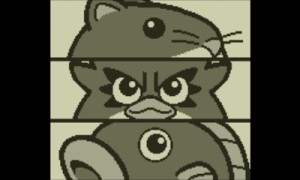 Kirby’s second quest is huge when compared to his debut!  It takes place through seven levels of four to eight stages each.  The first area alone (Grass Land) is bigger than the whole original game!  Kirby’s copy abilities are in full force here, but the biggest new additions are probably the animals.  Rick the hamster, Kine the fish, and Coo the owl are three new animal friends that can escort Kirby around.  Besides their own individual strengths, Kirby’s copy abilities fluctuate when he is in company with them.  Trying all of the different animal/power combinations and discovering favorites is definitely a key highlight! 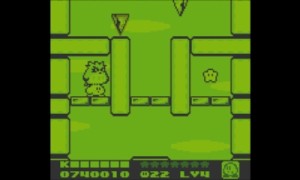 These powers come in handy, especially when searching for hidden rainbow drops to fight Dark Matter.  Collecting all of them adds satisfying challenge and replay value.  You can also collect small stars to earn extra lives, although the game is still quite easy.  There’s no unlockable harder difficulty this time, but overall there’s just much more to do in this considerable adventure. 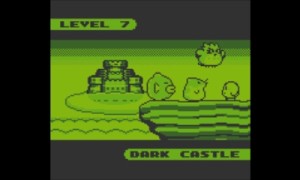 The graphics and music are of course great for a Game Boy game.  This should come as no surprise with the precedent set  by Kirby’s earlier titles. Once again the animals are a highlight, with nice animations and unique music tracks for each.  It reflects improvements we’d expect for a handheld release from 1995, and is also enhanced for the Super Game Boy SNES accessory.  Yet it’s a real shame that the GBC DX version was cancelled.

Though still very familiar in many respects, Dream Land 2 brought enough positive changes to make it a big hit.  Heck even a straight sequel probably would’ve been a hit, but Kirby’s new animal friends really are a major asset – they’d take on even greater starring roles in Dream Land 3!   Our roly-poly hero no longer needed to adventure all by his lonesome.  Whether you play the original on the Game Boy, on the Wii’s Dream Collection, or the 3DS Virtual Console, make sure you don’t miss Dream Land 2.  It’s a highly enjoyable platformer that has held up wonderfully! 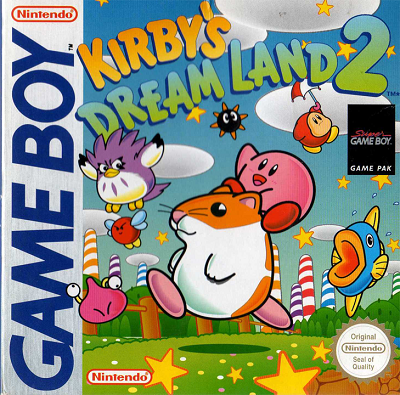 Kirby’s Dream Land 2 is one of the Game Boy’s best!