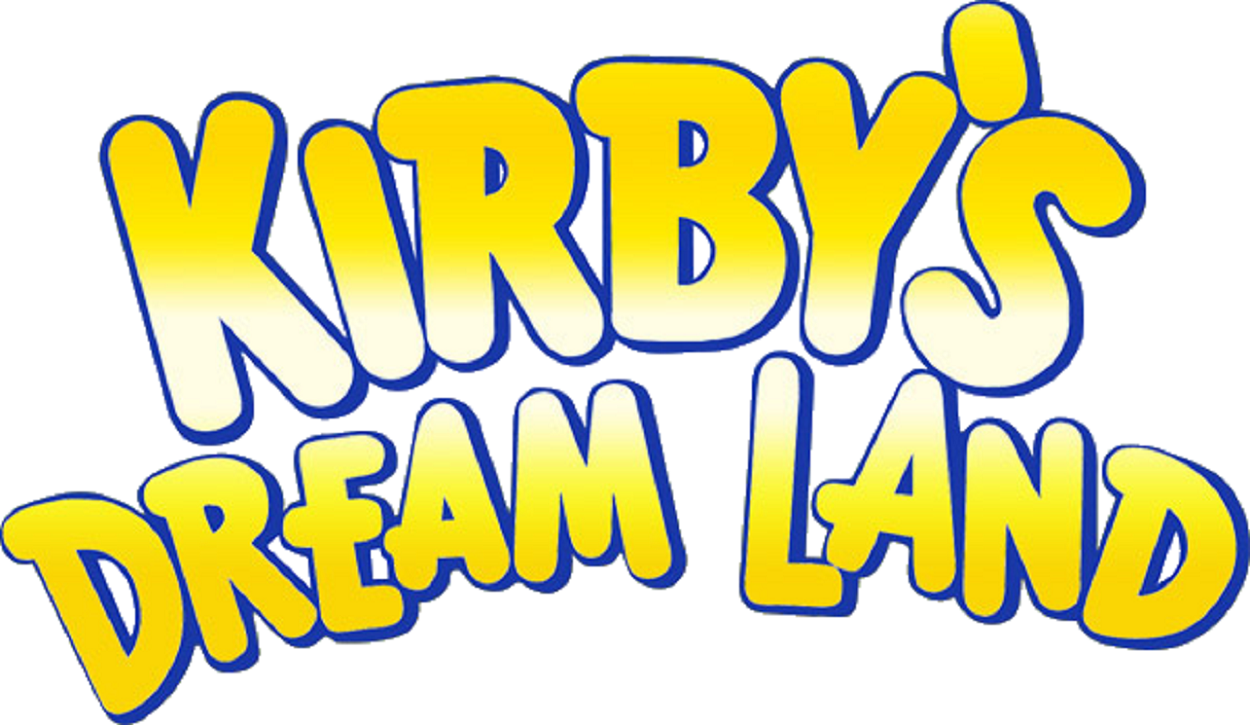 On a tiny star somewhere far, far away from earth, there is a very special place known as Dream Land.

When Kirby’s Dream Land arrived on the Game Boy in 1992, a new star was born for Nintendo!  Developed by Hal Laboratory, it became a series launching success.  Decades later, how does Kirby’s debut escapade through Dream Land stand up? 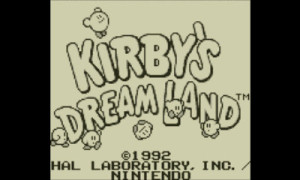 The gluttonous King Dedede has stolen all of Dream Land’s food, and adorable little Kirby volunteers to get it back.  His platforming adventure starts off in Green Greens, before moving on to Castle Lololo (inspired by an earlier Hal hit) Float Islands, Bubbly Clouds, and finally a showdown on Mount Dedede.  Along the way he’ll confront several memorable bosses, both mid and end level.  Some of Kirby’s later abilities like copying and riding animals were absent from this first title, but flying, inhaling, and the like suffice for the action throughout the well designed stages.  There’s also some helpful items scattered from beginning to end. 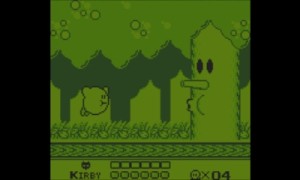 Even in Game Boy green Kirby’s Dream Land has some fine looking graphics.  They’ve managed to hold up surprisingly well, and if played on the 3DS Virtual Console the visuals are stronger still.  The lively locations made for terrific impressions that have left enduring memories.  The music meanwhile is among the best you can hear on the Game Boy.  I could listen to the Float Island’s tune for hours at a time!  An unlockable music player makes for a fine replay bonus. 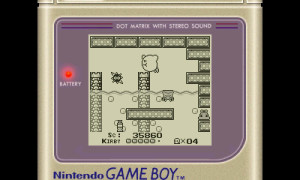 Kirby’s Dream Land is quite short, and can be beaten in 25 minutes or so.  It’s also quite easy, with avoidable enemies, plentiful health, and many generous checkpoints.  However the unlockable harder difficulty deserves note.  For those who might be thinking that all Kirby games are light on challenge, I suggest giving this mode a whirl.  The enemies are far more numerous, and they inflict much more damage!  Coupled with the charming presentation, Dream Land has proved enjoyable to revisit for gamers of all experience.

As such a pleasant character it’s impossible not to like Kirby, or his happy introduction onto the gaming scene.  Dream World would lead to Kirby’s Adventure (one of the best NES games ever!), numerous sequels, and other more innovative entries.  This start, though short, and humble by today’s standards, is still very much worth playing all the same. 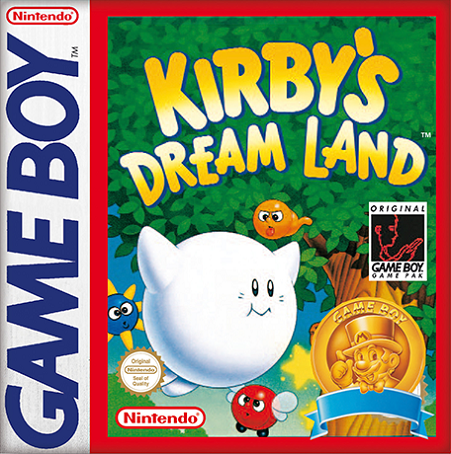 Remember, the people of Dream Land are counting on you!

As such a pleasant character it’s impossible not to like Kirby, or his happy introduction onto the gaming scene.