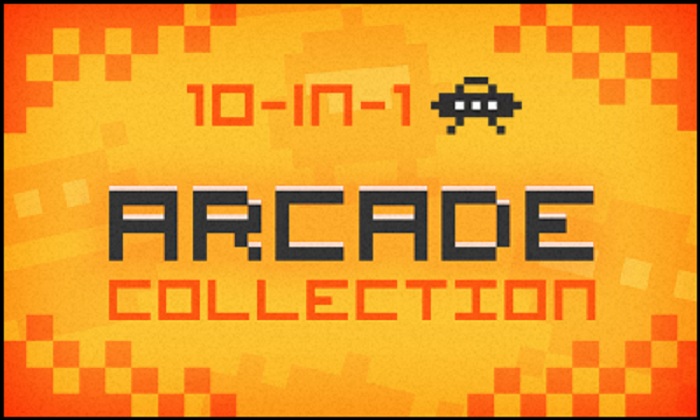 First, a disclaimer – These are not games that were ever actually in the arcades.  I used to get annoyed when publishers would use this disingenuous naming practice, but most gamers are probably aware of this trend by now.  Having said that, I’m happy to report that this is a surprisingly fun collection of arcade inspired games, with enough differences that make it stand out from the crowd.

As this collection consists of 10 individual games, I don’t have room to review each one separately.  But I will go into more detail about a few of my personal favorites.  I’ll also add that this is a title covering  a good variety of genres, with a few shooters, a couple of puzzle games, and even a platformer (among others) being represented. And thankfully, the good games outweigh the ho-hum ones. 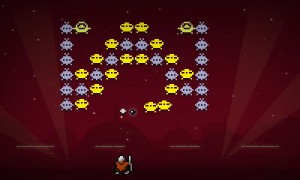 Black Nightmares – Space Invaders is the mold for this game.  You can shoot through your protective barriers without destroying them, which is a nice touch.  Some enemies will break rank and fly around a la Galaga.  There also seems to be more opportunities to score big points, with plenty of large ships flying overhead, and enemies dropping points and power-ups.  A nice take on a classic.

Gem Breaker – Breakout style titles have been released for decades now.  The 3DS already has its choice of games like this, including Nintendo’s own Alleyway. But the simple fact is, when these types of games are done well they’re good fun, and Gem Breaker is no exception.  Unique blocks and power-ups to both the paddle and ball help this game have a feel of its own, while preserving the timeless gameplay.

Special Delivery – For us Nintendo fans, this game will probably bring back memories of Bit Trip Runner or (more recently) a slower version of 2 Fast 4 Gnomz.  It feels like the most advanced game in this collection in terms of gameplay, as well as for what it accomplishes graphically.  A fun, addictive game, that does a good job of making you feel you’ll score more and advance further the next time you play.

Tangled Space – Asteroids enhanced, with a ship that’s more maneuverable. Blown up asteroids leave coins (collect 25 to get a free life) flying ships leave power-ups to increase weapon strength and range, and black holes appear to help (or hinder) you.  The game’s stronger weapons are more in line with a shmup, and it’s fun to unleash advanced fire power in a primitive shooter such as this. The calypso type music that plays throughout really doesn’t fit this style of game to be honest, but boy is it catchy!  It actually helps give a frantic title like this a more relaxed feeling.  It’s an odd combination on paper that manges to work quite well in execution.  Other than occasionally  spotty collision detection (something I noticed in a few of the games) I’ve no real complaints. 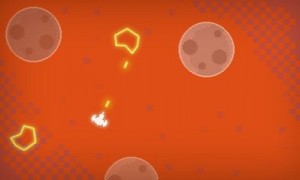 The visuals in this game are fittingly retro, but they manage to avoid being dull (think more NES and less Atari).  They’re colorful and sharp, with lots of nice little touches and details that reflect more modern games without abandoning the nostalgic vibe.  The 3D effect is actually a very good compliment, and one that you won’t have to fight for to find the sweet spot.  Once you experience the games in 3D you probably won’t want to go back.  Overall, given its nature, it’s a fine looking title.

Most of the music tracks are very well executed, also reminding me of the classic NES era.  I’m grateful for any music truthfully (many retro arcade compilations are simply limited to sound effects) but even more happy to say that this collection’s music is good, if not great, and varied to boot.  Turn down the sound effects volume, crank those 3DS speakers, and enjoy these fine tunes!

This collection’s biggest weakness is its handling of high scores … it only records the top score for each game.  This makes it tough to gauge your progress, and very difficult to compete with a friend (especially as there is no built in multiplayer support) The game doesn’t even display the top score while you play.  It’s one of my few gripes … but given the fact that these games reflect an era where high score was essentially the only goal, it’s a sizable gripe.  I could see this being a huge disappointment for many.  And it does, unfortunately, prevent me from scoring the game higher.

10-in-1: Arcade Collection hasn’t seemed to get much attention.  Maybe it’s been overlooked due to other new releases during the month.  Maybe the budget price has given gamers pause.  Or maybe the title makes it sound too similar to other poor collections found in the eShop.  But make no mistake, in spite of its flaws, this collection is good fun. 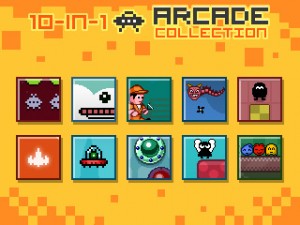 While not every game is a winner (as is the case in most compilations) those that are good make this a title worth owning.  And they are the sort of games you’ll want to replay time and again.  If you have fond memories of the best of the Atari era, this collection should be an easy purchase.  Even if you don’t though, you might still want to give this game a buy.  It’s polished, addictive, and at only $2.99 there’s no reason not to take a chance.  I’m glad I did, and you probably will be to.