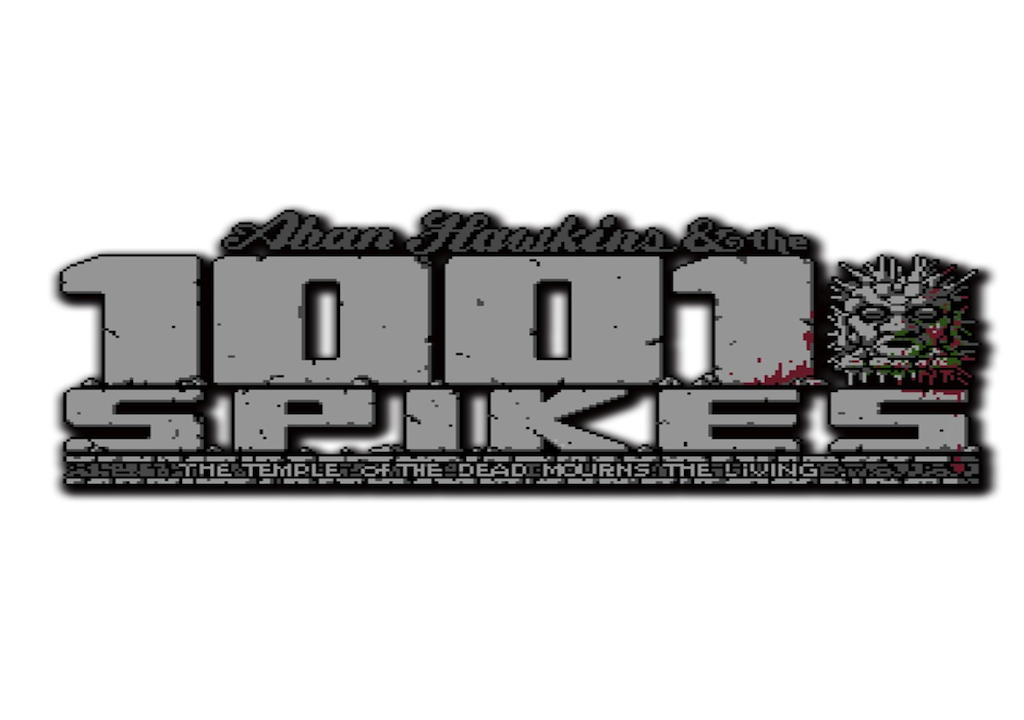 Before I started my play through of 1001 Spikes, I was told by my fellow staff member Trevor Gould, that this game would knock me down a peg or two in terms of my platforming skills. Of course I knew this was just some friendly trash talk, we’re gamers, we do that kind of thing. But he wasn’t lying when it came to this games difficulty factor. I guess that should have been obvious given the games title, or the fact that it started me off with 1001 lives. It was time to summon my inner gamer and tackle one of the most challenging platformers that I’ve had the pleasure of playing.

Players take on the role of Aban Hawkins, a young reckless treasure hunter with a taste for adventure. Starting the game, we learn that Aban hasn’t had the best relationship with his father famed explorer Jim Hawkins. Leaving the family inheritance to Aban’s sister, Tina, Jim leaves Aban with a map leading to the lost ruins of the Ukampa Temple in South America. It’s time for Aban to gain his own fortune and to finally surpass his father once and for all! There’s just the matter of all the booby traps designed to keep people out. No adventure worth while was ever gonna be easy.

The biggest selling point with 1001 Spikes is its difficulty. You start off with 1001 lives and you’re gonna need them. Your goal is pretty simple. Get the key, head to the exit. However, while the idea is simple, carrying it out may prove to be difficult. From spiked floors, falling stones, dart shooting statues, everything in these ruins want you dead. If there’s one thing this game wants you to do, it’s learn from past mistakes. It got to the point in my play through where I had a level completely memorized of its hazards, only to get killed right at the exit. In the end, I couldn’t help but laugh at those last second traps. It’s like the game designers wanted to give the player a ray of hope only to have it snatched away. There were some events however that made me swear out loud, even to the point where I started making up my own swear words, which I shall now present in a list!

But no matter how many times I’d die and got frustrated, I calmed down immediately, as I knew it was my fault that I died and had to learn from my mistakes. Beating levels in 1001 Spikes feels rewarding. Sure you may have lost 129 lives in one level (that actually happened), but you managed to get past it all with nothing but your skills as a gamer and overall problem solving abilities. Granted you’re given the option to skip levels, but do you really want that white flag on the level status screen taunting you at your inability to rise up to the challenge? I think not!

There are two arcade modes that can be unlocked the further you progress in 1001 Spikes titled, “Tower of Nannar” and “The Lost Levels”. Each mode is set up to collect money to purchase items from the in-game shop and can also be a refreshing break from the main campaign. You can also select multiple characters in both modes with their own unique abilities and even some fun cameos of other famous old school platformers.

Looking at the games presentation, cutscenes look like something straight out of an NES game giving off that very retro vibe and the possible hint that you’re in for a game founded upon old school difficulty. Following suit to the games visuals, 1001 Spikes soundtrack is composed of chip-tunes, but in the end, nothing really stuck out to me as memorable. Granted you’ll know the levels song inside and out due to dying on levels repeatedly, these aren’t exactly songs that I’ll be humming in the shower.

Overall, I had an enjoyable time with 1001 Spikes. While the game has its difficult moments, I never felt as though I was cheated out of victory. The replay factor of this game is very high, and will keep bringing you back with its insane challenge. Even fellow Completionists out there can find satisfaction by collecting each levels hidden golden skull that will really test out your skills as a gamer.

I will say this though. 1001 Spikes is also available on the Wii U and for some, might be the better version. Sadly, the 3DS version doesn’t have multiplayer like the Wii U and also gives players a bigger screen which may help out in certain levels. If you don’t mind playing solo and enjoy handheld portable gaming, then I’d pick the 3DS port.

Be sure to check out our review of the Wii U version by my good friend and fellow staff member Matt Paxton.