When I first heard about ‘2048’ I thought it looked a bit like Sudoku, which I never play.  But it was a free app on my iPod so I thought id give it a shot. After a quick tutorial I immediately understood how to play the game. I think anyone who knows simple addition could play ‘2048’. I had no idea how popular this game was but apparently its on almost every app store and now its available on the 3DS eshop. 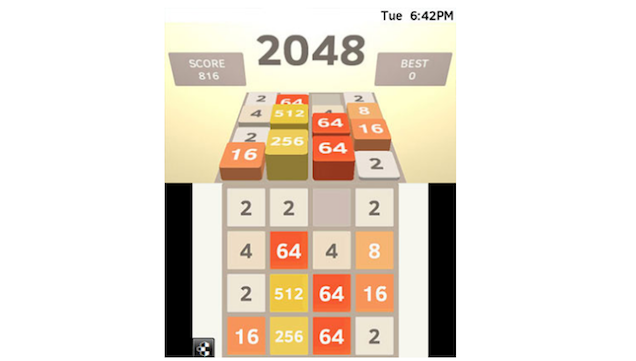 2048 is a very addicting, tile sliding puzzle game. Your goal is to merge numbers that are the same together thus creating one tile. For example you want to slide two number 4 tiles together making one number 8 tile. Two number 8 tiles make a number 16 tile and so on. The game takes place on a 4×4 square grid. So one swipe of the stylus will move all of your numbers either right, left, up, or down.

Here’s the catch, each time you make a move a new tile appears. Once you’ve ran out of space your game is over. The point is to try and get the number 2048 tile before you fill up the grid. I have not yet achieved this goal but I’ve been close. 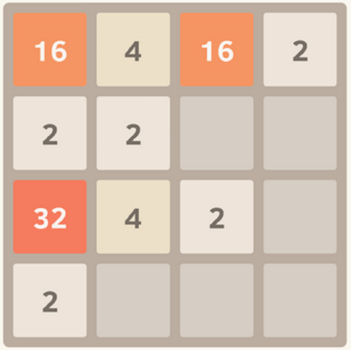 I’m not just saying this because I’m a Nintendo fan, but so far the 3DS is my favorite device to play this game on. The controls are really smooth and easy to figure out. You can use your stylus to swipe the numbers on your touch pad, the control stick (my favorite) or the A,B,X and Y buttons to move them around. There’s also a nice variety of relaxing background music to choose from. I also noticed the 3DS version has 3 different game modes. You can pick between 1024, 2048 and 4096. That pretty much means easy, normal and hard mode. 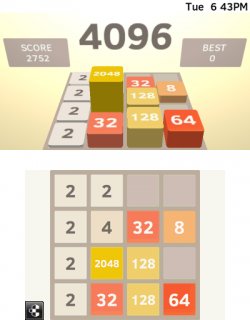 There’s some neat 3D graphics but nothing to be excited about. The top screen shows your score and a mirror image of the bottom screen. There isn’t hardly any color or animation in this game. So I will say it’s a little bland in that department. It’s definitely a good game to play if you need to kill some time.

If you love puzzles and have been looking for a good cheap game to play ($1.99) on your 3DS I recommend ‘2048’. But beware, once you get started its hard to stop. 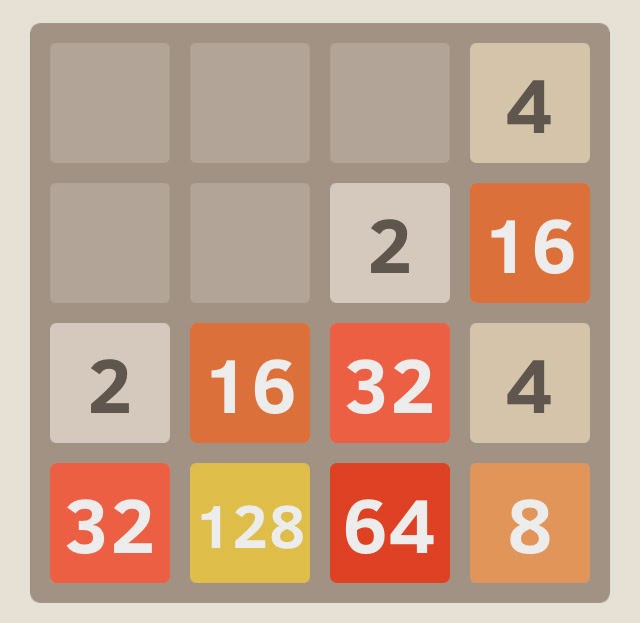