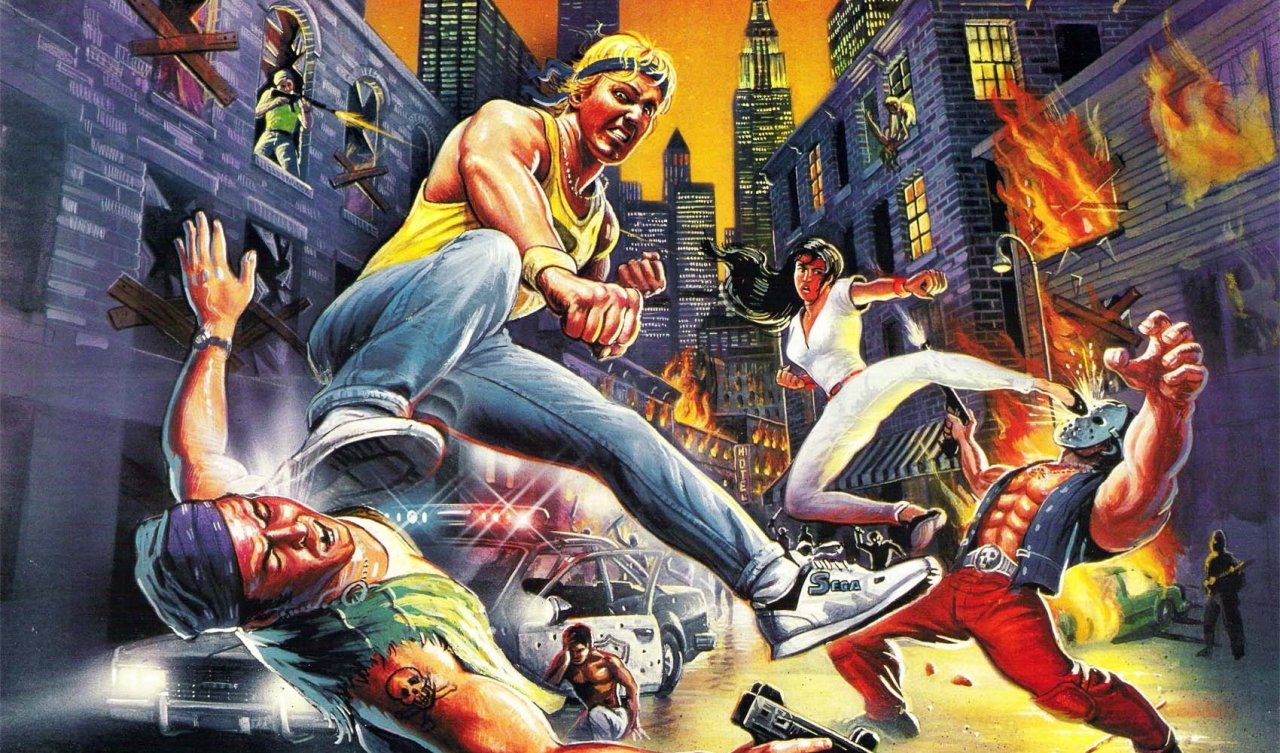 This week we received the final two SEGA 3D Classics released on the Nintendo 3DS eShop, and they certainly saved the best for last. Rounding off the list of SEGA’s impressive retro back catalogue is Streets of Rage, the bare knuckle brawler which helped take the side scrolling beat ’em up action out of the arcade and into the comfort of our own homes.

Streets of Rage sees Axel, Adam and Blaze (three ridiculously young ex-cops) taking to the streets to deliver justice to the criminal organization which has taken over the city, and dish out a hefty beating to the delinquents standing in their way. You go about this in typical side scrolling beat ’em up style, clearing all of the enemies using your character’s signature fighting moves, before progressing on to the next screen. Various weapons and health items can be picked up along the way to help you overcome the street punks and when things get especially tough, you can call upon your Bazooka wielding colleagues to deliver some explosive air support by raining some fire onto the screen. 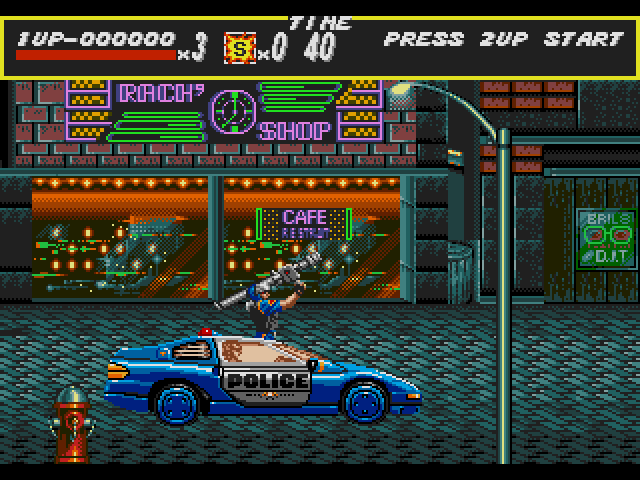 Here comes back up

Where Streets of Rage biggest appeal lies is in its range of fighting moves and the ease in which they are to be pulled off, allowing you to really take out your foes in style. The controls are tight and responsive, with the only issue being that the main attack button doubles up as an action prompt. This can result in you replacing a useful weapon like a lead pipe, for a inferior one such as a knife when the screen becomes too congested. Streets of Rage’s huge replay appeal prevents the game from becoming monotonous or dull after a few plays. The game can be played through as three characters, Axel, Adam or Blaze, each with their own strengths and weaknesses and unique move sets. On top of that, the Local Co-Op mode allows you to duke it out with a friend, only doubling up the enjoyability of the brawler and allowing for special combo moves. There are also two separate endings for the player to achieve giving plenty of reason to enjoy the campaign again. 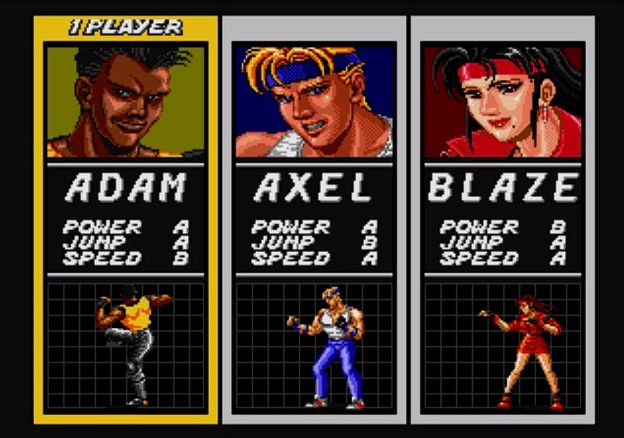 Choosing between Adam, Axel and Blaze will determine your speed, jumping ability and power, as well as your move set.

Not only does Streets of Rage play amazingly to this day, the game still looks great. M2 have demonstrated throughout the SEGA 3D Classics series just how capable they are with these ports, and Streets of Rage is no exception. Unlike some of the previous 3D SEGA Classics, Streets of Rage benefits immensely from the added depth given to it with the 3D treatment. As anyone who has played a classic beat ’em up will tell you, aligning your character’s sprite with the opponent you’re trying to take out can be difficult work. Luckily the added depth of field here makes things easier. The Stereoscopic is once again, fairly subdued but this only makes for a more comfortable playing experience and cranking the 3D meter to the max won’t put strain on your eyes. The sprites are crisp and appealing, and there’s also some parallax scrolling in later levels that help increase the visual appeal of the game.

As with the other SEGA 3D classics, numerous settings can be changed to alter the game experience. Players can once again choose between International or the Japanese “Bare Knuckle” version of the game, Genesis 1 or 2 emulation, a “fall-in” or “pop-out” 3D effect to suit your needs and the classic “the game didn’t look this good in my day” version with a nice retro CRT display for the older gamers playing. There is also a “Fists of Death” mode which ultimately gives you the ability to one hit K.O. every enemy in the game, but like “Super Dolphin” mode from 3D Ecco the Dolphin, this takes the challenge out of a game which is not overly demanding to begin with. The most welcome customization comes in the form of the button mapping, which allows those more familiar with playing Streets of Rage on a 3 or 6 button Genesis controller to configure the buttons to the 3DS’s layout as they see fit. 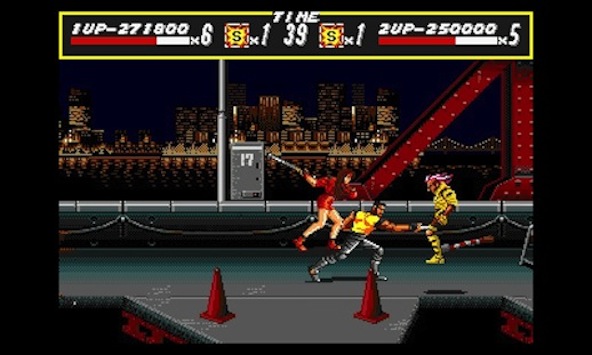 Back in the early nineties, Streets of Rage was SEGA’s answer to Capcom’s Final Fight Series on the Super Nintendo, and not only did the Genesis fighter match its competition, it exceeded it. Streets of Rage is a shining example of a game that hasn’t lost its quality or appeal over time. Not only is Streets of Rage an immensely enjoyable experience, but the precision controls, pulsing soundtrack and moody visuals combine to deliver a knockout punch to its competition. The 3DS revamp is further testament to that, delivering a faithful port of the classic 16 bit fighter, with a few bells and whistles thrown in for good measure. The 3DS library isn’t awash with beat ’em ups, making the purchase of 3D Streets of Rage a no brainer. Hopefully, the 3DS will eventually see the superior sequel receive the same 3D makeover, but until then, 3D Streets of Rage is the best brawler that money can buy.