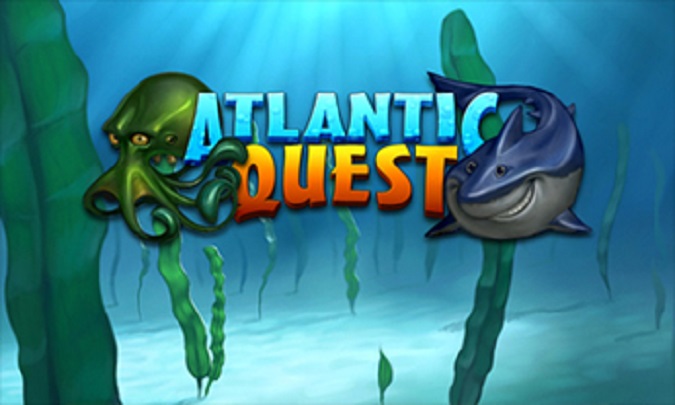 A simple underwater plot serves to set up this match-three game, where you’re cleaning up the ocean while also saving sick fish trapped in oil bubbles.  The critters float on the upper screen, and you match themed objects below them, such as shells and other sea life.  Certain objects also need clearing away, like tiles and stones.  Fairly standard stuff, but it’s saved from the ‘been there, done that’ vibe, thanks to a variety of modes. 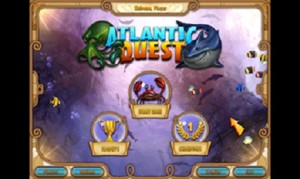 This game has three different modes to select from.  Swap mode is perhaps the most traditional, where you slide adjacent objects to form lines of three or more of a kind.  Chain mode has you dragging the stylus, tracing sets of three.  Group mode rounds things out, letting you tap large clusters that aren’t limited to objects in rows.  While the modes themselves aren’t unique (they end up accomplishing the same goal) there’s something to be said for having all three present in the same game.  Being able to switch back and forth among them all on the fly, allows for solving the puzzles in different ways.  The process is quick and seamless, affording you increased control and input.  It goes beyond simple matching – the variety shakes up the formula by allowing you to strategize more! 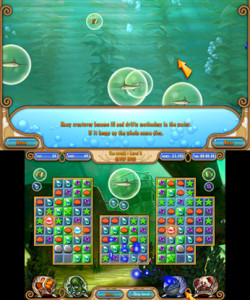 You can also activate special powers from the aquatic life.  The crab will throw a stick of dynamite onto the play field, the octopus will alter it if you run out of moves, and there are others.  These are nice additions, even though I don’t use them that often – they’re a good option if you decide to take advantage of them, and knowing which to use and when adds another layer of strategy.

This game has unique background graphics for each stage.  They’re basic but colorful, with appropriately themed artwork, and there are some subtle 3D effects.  The music is great!  The varied tracks complement the underwater motif very well.  I’ve found myself humming some of the tunes, which is always a nice complement to a game’s score. 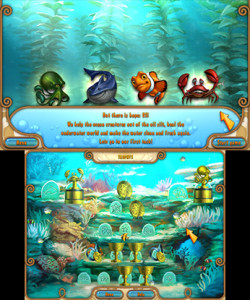 The game has a timer, but you aren’t rushed – it’s simply there to measure your own progress.  You can replay to top both your best times, and those of friends and family thanks to the game supporting multiple profiles.  There are also bonus game levels (sliding tile puzzles), pearls to drop off the play field to unlock extras, and lots of trophies for those who like achievement systems.  Not only are the trophies displayed in an underwater reef for easy viewing, but you can also see which ones are left to be earned.

This game is good, although it won’t convert those who aren’t already into this style of game.  While it has some welcomed uniqueness, lack of overall originality does hold it back somewhat.  Nevertheless, just when I thought I’d had my fill of match-three games, Atlantic Quest comes along with the necessary variety to hold my interest, reminding me there’s still a place for games like this.  At $4.99 it’s also priced fair, cheaper than PC versions.  Accessible fun that’s simple but addictive, this is a good offering well worth it for fans.