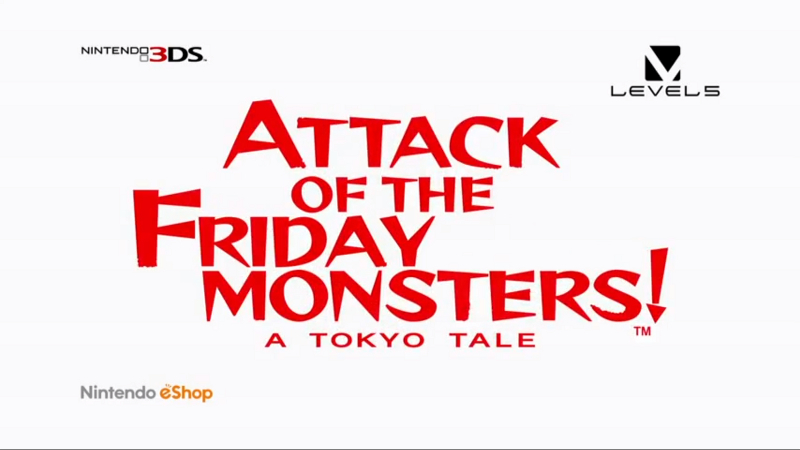 PN Review: ATTACK OF THE FRIDAY MONSTERS! A TOKYO TALE™

There are many things in this world that are so adorable that, as an adult male,  I cannot handle. Baby pygmy hippos, narcoleptic goats and three legged dogs are some of them.  ATTACK OF THE FRIDAY MONSTERS! A TOKYO TALE tops the list. You control 4th grade student Sohta as you investigate the mysterious monsters that appear every Friday night in your town.  The setting is 1970’s Japan, when giant monster shows like Godzilla and Super Sentai (original Japanese Power Rangers) were beginning to become popular, so the children of the town are all enthralled by the appearance of monsters.  The story is amazingly cute and the dialogue is clever and well written.  The conversations Sohta has with the other characters, which is the bulk of gameplay, are funny and often made me legitimately laugh.  The hand drawn artwork is gorgeous and looks like it is straight out of a Hayao Miyazaki movie.  The computer-rendered models fit decently into the hand-drawn environments, and the 3D is almost nonexistent, but that isn’t a big deal since I play with 3D off anyway. 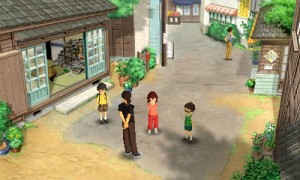 The problem with ATTACK OF THE FRIDAY MONSTERS! is that I’m not entirely sold that it is a GAME.  Yes, it is on a video game handheld and you do interact with the game by pressing buttons, but that is about it. The gameplay mainly consists of walking around and talking to people. Sure, other games focus on conversation almost entirely as well, but usually there is a choice or some other aspect involved.  In ATTACK OF THE FRIDAY MONSTERS! there are “Episodes” that are initiated by talking to various people in the town, and then resolved by talking to other people in the town. To progress the main storyline, you just  talk to the RIGHT people in the town. This results in the majority of the 3-4 hour game being: Talk to everyone in town, advance the story, everyone moves around, talk to everyone in town again.  Rinse and repeat. The storyline is great and I definitely enjoyed it, but the game ends up feeling rather flat. 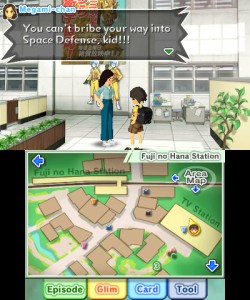 There is a card battle mini game, but it is just dolled up Rock, Paper, Scissors.  You each have five card, each with either a rock, paper or scissors symbol, then then you arrange them face down against your opponent.  The game then tells you how many wins, losses and draws each player has, reveals two of the match-ups then allows you to shift the position of two cards. It is very simplistic and once you figure it out, it is easy to win almost every time unless you just get atrocious luck.  You gain cards by gathering “Glim” scattered throughout the world, but the motivation to find them is very minor considering the Monster Card game is pretty simple, and you get many Glim by just completing the Episodes. Also, for most of the game there are only 4 or 5 opponents and once you beat them once, you become their boss so they help you investigate the city (and cast a spell on them that causes them to fall down. No, this does not get old), but if you played them again and lost they would become YOUR boss and stop helping you, so there is little incentive to play any opponent after you have become their boss. 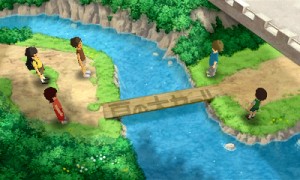 After you complete the story mode there is a “bonus day” with a few Episodes and more people to play Monster Cards against, but there is no incentive to play them.  You will get more Glim, sure, but then you just get more cards to play against the same people!  There is no reward beyond the few extra Episodes and those take only a moment to complete anyways.

I loved the story and characters in ATTACK OF THE FRIDAY MONSTERS! A TOKYO TALE, but I felt like I might as well have been watching an Anime rather than playing a game.  The minigame was easy and two dimensional and, without any proper incentive to play it, forgettable. I really wish this game was better. I wish it had the depth of gameplay that the story and writing deserved, but there wasn’t much there.  Running around and talking to people was FINE, but it was boring. I would love to be able to play this game multiple times to uncover more about the story, but after you beat it in a couple of hours, there is little reason to ever touch it again.