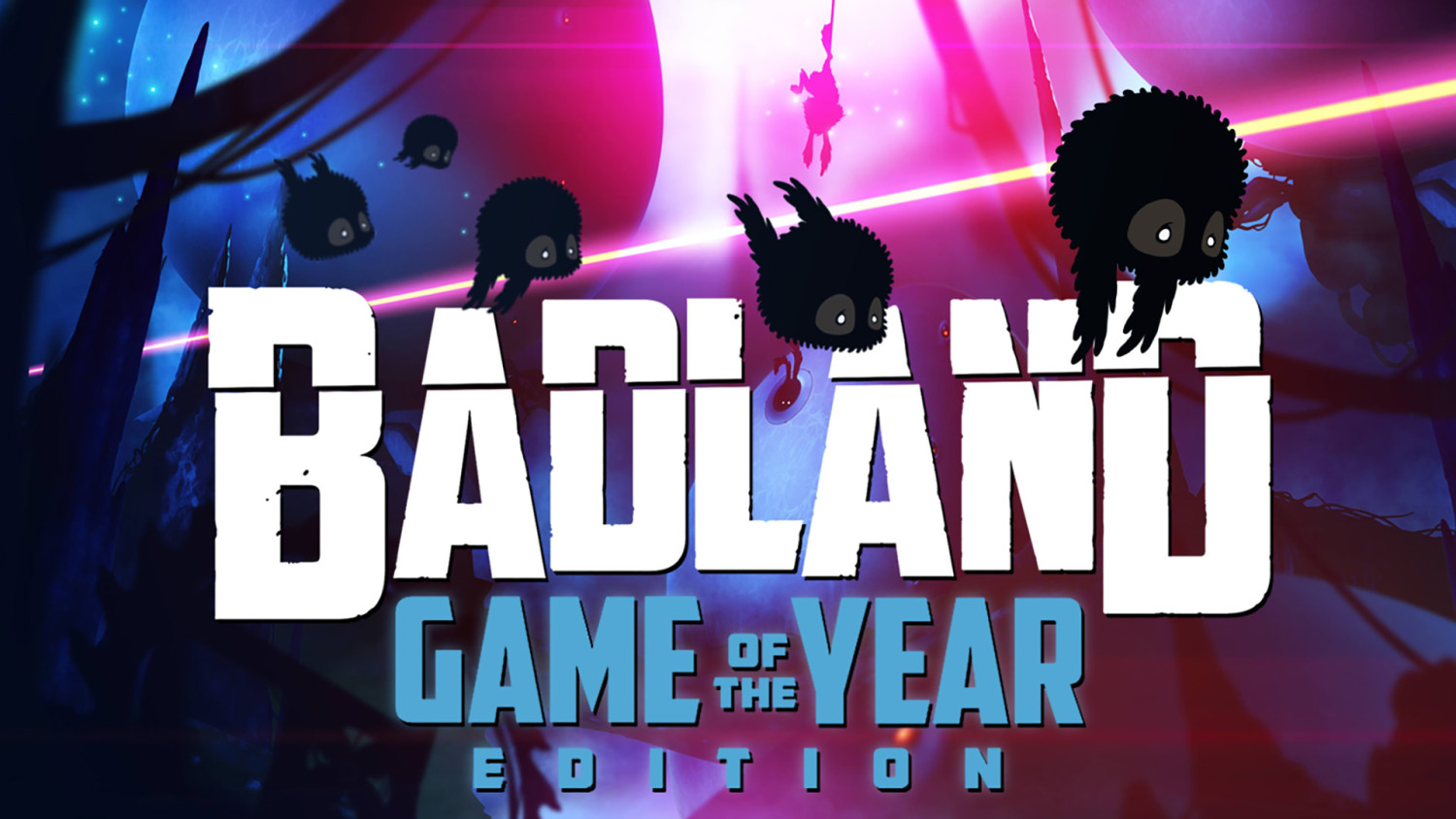 Do not judge this game by its screens.  What first may appear to be some Flappy Bird clone, is in fact a challenging title that constantly finds ways to keep the formula fresh.  The foreground visuals are very reminiscent of the classic indie title, Limbo.  Normally, I would bemoan yet another game with this art-style, but as levels get faster and more chaotic, the minimalist foreground helps you focus easier on getting to the level’s end.  In contrast, the background visuals are striking, and really pull together the game’s atmosphere.  Badland is nothing revolutionary, but it is a game that knows what it wants, and executes it well.

The story is vague, and told through the events happening in the background.  You star as some weird black puffy thing, and your goal is to move through a series of natural/mechanical obstacles.  As you continue onwards in your odd journey, things in the background begin to change, and take on a sinister shade of red.  Without saying a word, I can almost get a complete sense of what is happening to the world around me.

Aside from simply completing the level, each board has three objectives, whether it be saving a certain number of clones or setting off a certain number of mines.  You are free to complete as many or as few objectives as you like, since they won’t affect your level progression, just your rank on the leader board. 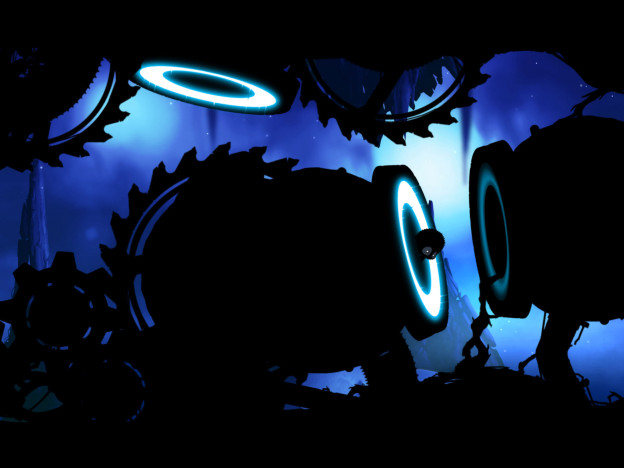 Badland has players navigate through narrow spaces and avoiding obstacles, such as turning gears, branches, bombs, tubes, mines, lasers, and sometimes, yourself.  The game is an autoscroller, so in many cases you will be moving at their pace, and you’ll have to think fast to get past obstacles.  Not every level scrolls at the same speed, and some levels will see you really propelling forward, making almost split-second decisions on obstacles. 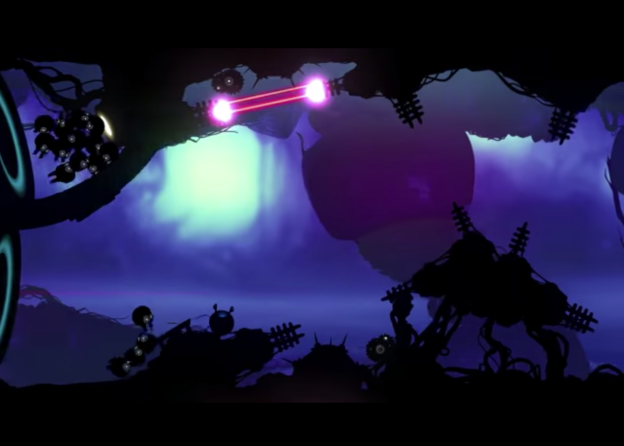 The puzzles in this game range from simple button pressing to open a gate, to chaining several power-ups to progress through a narrow passage several seconds down the line.  In most cases, checkpoints are incredibly generous and death will only set you back a few seconds into the past.  The other extreme are levels in which you need to complete them from beginning to end in one try.  Luckily, these levels are few and far between.  For players who are stumped by obstacles, or simply do not have the coordination, Badlands will provide players an option to skip to the next checkpoint.  The game’s difficulty progresses steadily, with some of the later worlds providing a serious challenge; expect more than a few reloads once you reach Day II.
Throughout the four worlds, Badland continuously offers new and interesting concepts to keep you guessing.  One level sees you progressing through a more musical environment (unfortunately not named “Bandland”), while another has you fluttering through the world as a grotesque centipede-thing.  Even when they are not one-shot gimmicks, Badland will build upon concepts established in earlier levels, and completely twist them around.  As this is the Game of the Year edition, Badlands’ Wii U version comes with two extra worlds, Daydream and Doomsday.  It seems Frogmind was not out of new ideas quite yet.  The two worlds continue to build on what you have learned from Days I and II, with Doomsday requiring some serious skill from the player.  Each level felt fresh, and I could never predict what the game was going to throw at me next. 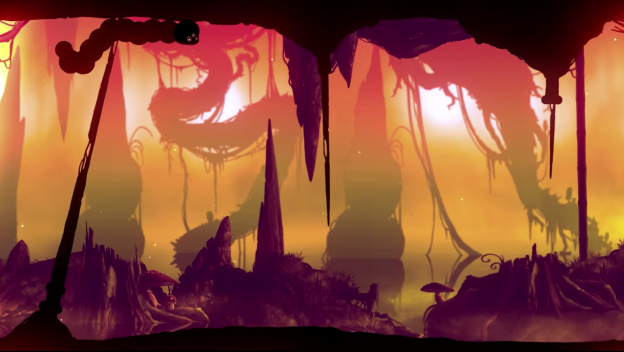 Badland is a rare gem in the world of indie titles.  Frogmind takes simple game mechanics, and transforms them into a fun, challenging title.  Even after four worlds, the level layouts rarely seemed to repeat themselves, nor did the experience overstay it’s welcome.  The intensity of the obstacles were met by the frequency of checkpoints, so I never felt exasperated by the game’s difficulty.  The art-style is beautiful,  and works from both a practical and aesthetic standpoint.  If you are looking for a challenge, I recommend Badland: Game of the Year edition.

An excellent, challenging Indie title.  Another great example of making the most out of your assets.