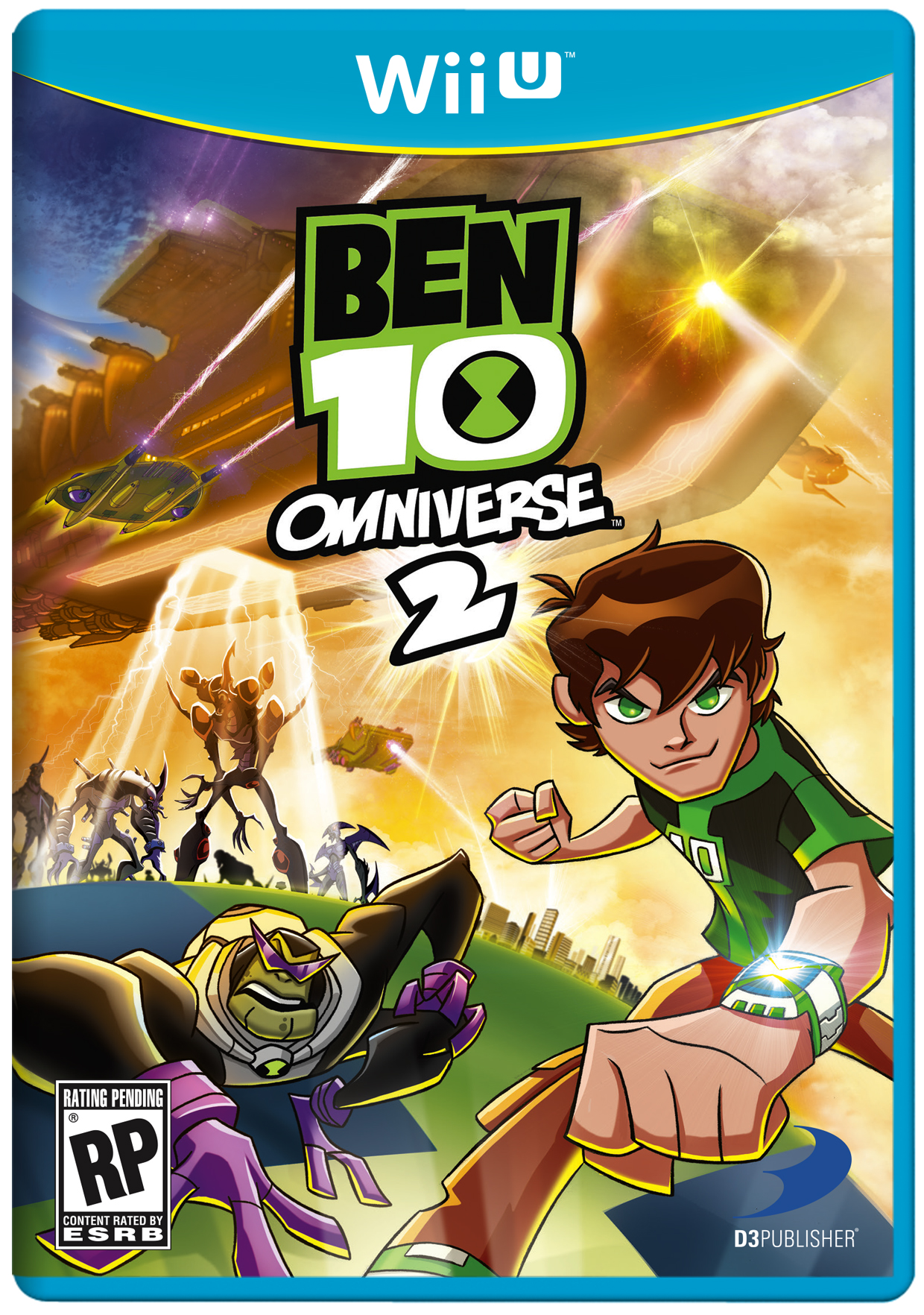 It only seems natural that popular cartoon shows eventually become video game. Ben 10 Omniverse is one of these out of many titles. I actually know the basis of this show and the premise is pretty creative. A young boy named Ben Tennyson (get it?) comes across an alien device known as the Omnitrix. This device houses the DNA of multiple aliens, which can transform the user in to said alien. Each alien has their own strengths that can help Ben depending on the situation.

The game starts off from the events of the first game where Ben is shot into space by the Incurseans. Guess these guys kind of hold a grudge after the whole “you stopping their evil plans” and all. It’s up to Ben to get back home and stop the Incurseans from taking over the planet. There’s just one problem. The Omnitrix has gone a bit haywire, causing Ben to have to re-collect the lost aliens DNA.

There are two different types of gameplay in the Wii U release. On rails running and beat em up. At certain sections in the game, Ben will be constantly running forward giving you three lanes to choose from. There are multiple obstacles that can only be destroyed by certain alien types. Light aliens can vault over small walls and jump large gaps. Medium aliens can launch projectiles to shoot down turrets and explosive walls while heavy aliens can smash through weaker walls.

While running, some lanes can lead you to the next objective or to a secret path. Secret paths can lead to Omnitrix upgrades or possibly an upgrade for your aliens combat list. The only problem that I had was the lack of a map. It felt like I was taking a gamble with the paths I’d take not sure if I’ve been there before.

Now lets talk about the combat. Like I mentioned earlier, there are three types of aliens, light, medium and heavy. This not only affects your speed, but strength as well. I typically found myself using the medium class the most seeing as though it was the most balanced and its ability to launch projectiles.  Overall the combat was pretty basic when it comes to beat em ups. You have light attacks, heavy attacks so nothing to fancy.

You need to constantly keep collecting green power orbs which act as not only your health, but fuel for the Omnitrix. Running out will cause Ben to revert back to his human form leaving you open for one hit kills. The Omnitrix will need a few seconds to recharge so be sure to keep your eye on the green meter.

I’ll be honest, I didn’t have a bad time with Omniverse 2. The visuals reflected the show quite well and the voice acting was spot on. The biggest problem that I experienced was the repetition. It came to the point where I knew what was coming next. Run down a corridor, take a few turns, and fight the enemies in the next room. Rinse and repeat. But this is a game meant to for kids that are fans of the show. So for gamer parents out there, I’d recommend this title. But for regular gamers who are not familiar with the show, I’d look elsewhere.

The story is the same as the Wii U version so nothing new there except for the gameplay. Unlike the Wii U version, the 3DS port is a sidescroller platformer with fighting elements. While the Wii U port had you running on a 3D field, the 3DS port has you going from left to right being stopped by the occasional fight. Ben still has access to his Omnitrix but must unlock more aliens as you progresses throughout the game.

On the Wii U, you were only allowed a few aliens and would have to re-equip them in specific slots. On the 3DS, you could easily select different aliens via the bottom touch screen. This makes selecting aliens a lot more manageable and enjoyable that you can select from a library of aliens on the fly. It was fun playing as one alien only to quickly change into others to keep the flow of combat going.

Both are fun titles but I still stick with my previous statement that it’s not just for me. But for kids who are fans of the show, I recommend checking them out.