The initial Bike Rider was a favorite 3DS eShop game of mine last year, and its sequels positioned to fare comparably.  With most of the original action preserved plus many new features, Bike Rider DX2 Galaxy is a decidedly worthy follow up that you’ll surely want downloaded on your 3DS! 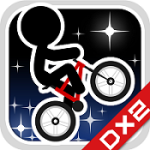 The biggest change in Bike Rider 2 is the style of its environments.  Real life locations have left, replaced with these science fiction settings.  While I admittedly don’t care for the Zodiac theme on which they’re based, it’s only loosely connected to the whimsical visuals.  And I can appreciate the effort to mix things up, even if they’re not to my preference.  The fantasy of traveling across planets does differ substantially from actual global locales, giving the game its own unique feel. 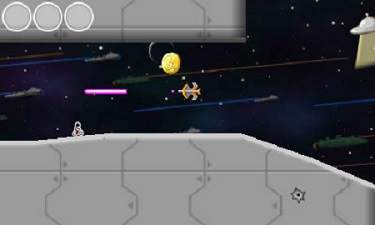 One benefit to the theme is that it allows for twelve main locations from the start – the original Bike Rider had just ten.  The colorful graphics they display have a sense of fun, and the fresh art style allows for some creative stage designs.  Everything is sharp and smooth running!   The accompanying new music tracks retain the very high quality of the last game’s tunes.  The unlockable music player is still a fantastic extra!  These varied tracks compliment the visuals beautifully– I could listen to them all day! 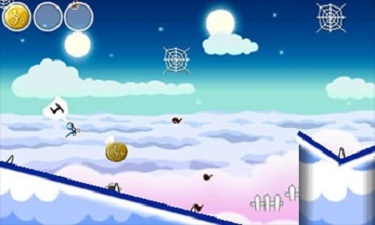 Bike Rider 2 has a higher level of difficulty than its predecessor.  Coins seem tougher to collect, and level layouts in general appear more complex – due to both the settings and extending the bike’s power-ups  (along with returning powers).  Whether it’s big cobwebs sticking to you and preventing jumps or pathways that are large, fast-moving conveyor belts, there’s plenty to test you.  You can now see the difficulty level each course offers at the outset, a nice addition.  While still manageable, the platforming challenge may keep you playing even longer, and that can only be a good thing! 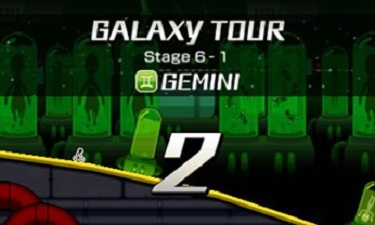 Besides the main tour mode, Grand Prix has returned.  One of my prior concerns with this mode was that it allowed for no player input, being random with what background was selected to play against. Now however you are able to choose backgrounds from any accessed stage!  The addition of online leader boards is another new feature to this mode which should hold appeal for many.  It’s great for replay value, as is the ability to earn a variety of awards (which the game now tells you when they’re earned), and unlocking an even higher difficulty setting!  Like its predecessor, Bike Rider 2 should excel in longevity. 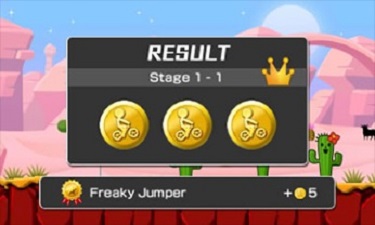 The first Bike Rider remains one of my most played eShop games, and I’d be surprised if the same doesn’t hold true for part 2.  It offers such a great deal, and replay value is extremely high!  While I do still prefer the original a bit more, all the new content this sequel offers makes it just as good.  For only $2.99 this is a heck of a value, and offers some of the most fun you can have on the eShop!  Downloadable content (both free and paid) is also available.  Everyone should have the Bike Rider games on their 3DS!