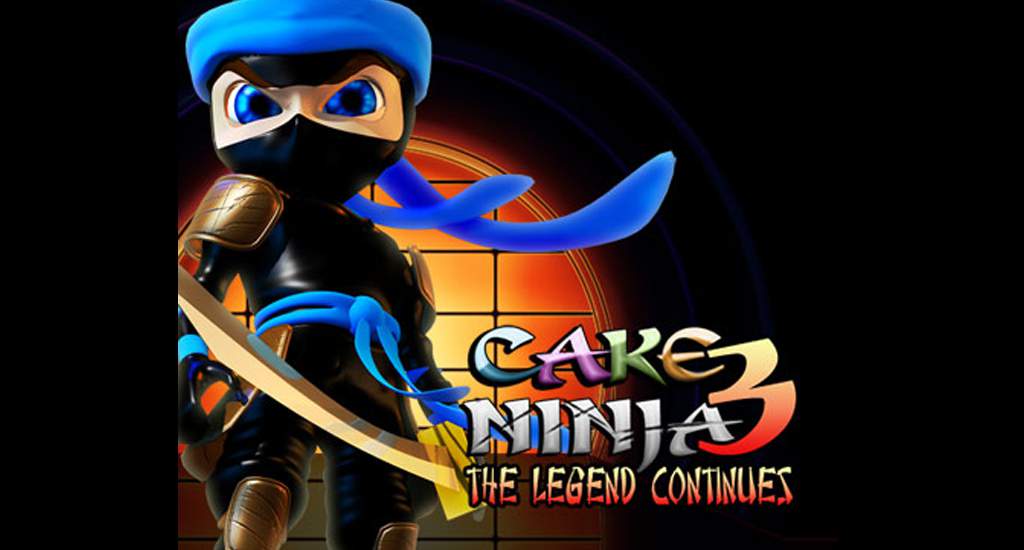 Like the name suggests, Cake Ninja 3 is the third installment of the pastry slashing series developed by Cypronia for the Wii U. Using either the touch screen on the game pad or the Wii remote, players guide their ninja’s sword in a variety of game modes as they slash cakes to achieve high scores. With the basic info out of the way, let’s go over the game’s different modes in more detail. 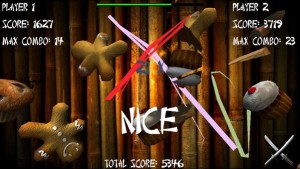 Classic mode is the Cake Ninja mode that started it all. Your objective is simple: slash the cakes as they fly onto the screen, and try to cut them into as many tiny pieces as possible to get higher combos for a better score. In this mode, avoid the melons as slashing them will reduce the time you have left on the clock to rack up a high score. You’ll run into the familiar power ups such as slow, dual swords, and bounce, which slow down the cakes speed, give you two slicing edges to cut with, and keep the cakes from falling off the screen respectively. Slashing the cakes works well and feels satisfying enough, but the game lacks any real challenge so it is easy to get bored with this mode quickly. 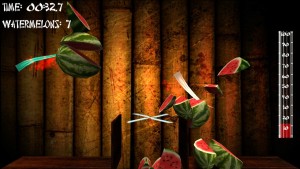 Next up, we have juice master which is a new mode to the Cake Ninja series. In this stage, you must slash the melons as they fly across the screen in such a way that the piece you lopped off with your sword falls into the juicer at the bottom of your screen. While filling up the juice meter as fast as possible to win seems easy at first, this mode is by far the most difficult; as your sword slashes do not change the direction of the melon’s movement. Because of this, getting a piece of a melon to fall into the juicer feels more like it is up to luck rather than skill due to the random nature of the melon’s flight path across the screen. 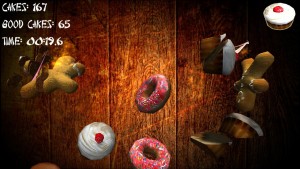 Another mode that makes a return from Cake Ninja 2 is the aptly named mode 222. In this challenge, you must slash cakes a total of 222 times. The catch is, you can only slash the type of cake specified by the game or else you will end up adding slashes to your score rather than subtracting them. It’s a simple premise, and it still works well enough. 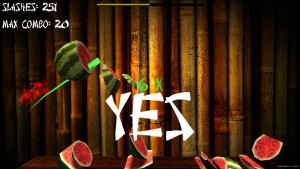 The final mode in the game is another new challenge to the series known as melon mania. Melons fly up from the bottom of the screen, and you must try to get as many combos as possible before the timer runs out. This mode in particular feels uninspired, but it is a good place to practice working on getting high combos.

In addition to the four game modes, each challenge has an online leader board for you to test your ninja slicing skills with other players who own the game. There is even a multiplayer mode, however you are only able to play classic mode with a friend and rather than competing for the highest score, you work together and add your scores together at the end. To round things off, you have achievements that unlock new swords and backgrounds for beating the game’s challenges, but these unlockables are purely cosmetic changes, and don’t be surprised if you unlock a majority of them within the first half hour of play. 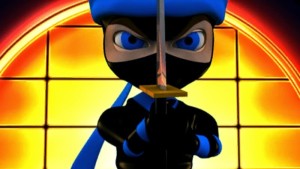 All in all, Cake Ninja 3 is a pretty average experience. While the game modes are more enjoyable than the ones available in Cake Ninja 2, this is a type of game more suited to small bursts of play on a mobile device such as a smart phone or the Nintendo 3DS. Because of the odd decision to offer this game on the Wii U rather than the 3DS, it’s difficult to recommend this game unless you want a casual game to play in short bursts, or have small children who enjoy these types of touch based games.

As plain as vanilla cake

While the game isn’t terrible, it comes off as an average title that is better suited to mobile devices rather than a gaming console.