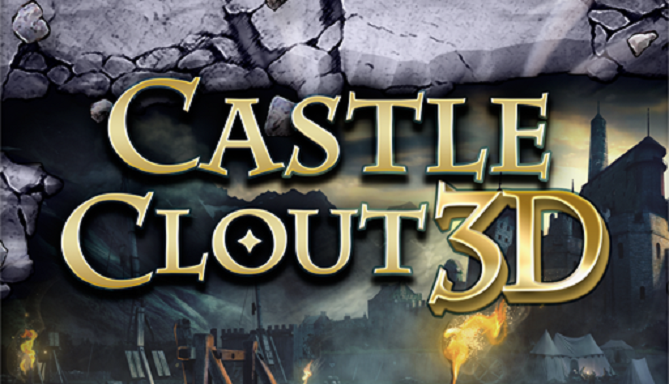 This is a 3D update of the game whose physics based demolition was basically copied by the popular Angry Birds titles.  The Castle Clout games are popular in their own right however, and even though I’m not the biggest fan of this genre, I was curious to check out its origins.  The game is fun, and its move to 3DS has only worked to its benefit. 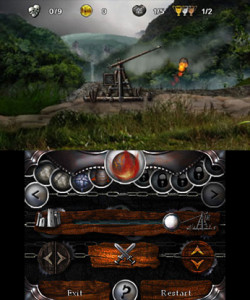 The medieval atmosphere reminds me of the old Defender of the Crown games.  While it doesn’t lend itself to humor like Angry Birds does (which I do miss) the setting actually makes a heck of a lot more sense.  Maneuvering a catapult or ballista just seems more immersive than flinging flightless birds about.  The theme, which has you moving from island to island trying to save the kingdom and unite everyone, adds to the fun gameplay.  Besides trying to topple enemy strongholds, you also need to keep an eye out for captured allies and make sure they stay unharmed.  The campaign is lengthy, so you’ll be playing for a while.  The rate that new tools, ammunitions, and structures are introduced help keep things fresh.  Earning bronze, silver or gold cups also gives this mode replay value. 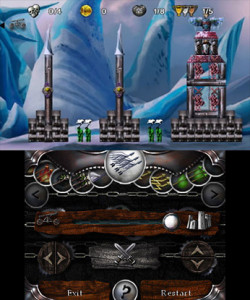 As the name suggests, Castle Clout 3D looks very good when the 3D is activated.  It gives nice separation between the attractively painted foreground and background, and the varying locations lend themselves well to the look.  With nice color and good texture work, Castle Clout 3D paints atmospheric visuals that are pleasing to the eyes.  On the music end, the games tracks are limited in use.  This helps repetition not to set in, but it might disappoint those hoping for a robust score.  What’s included is enjoyable though – the escalating trumpeted victory tunes stand out in particular.  With pleasant environmental sound effects, Castle Clout’s overall audio efforts are very solid.

Besides the lengthy campaign, you can also build your own levels.  The user-friendly creation tools are quite accessible, and it’s fun seeing how your own designs compare with those of the developers.   How far you’ve advanced in the campaign determines how much you have to work with, so make lots of progress to maximize your unlockables.  My one wish is that the levels could be shared. 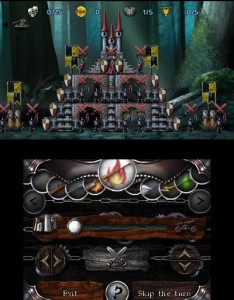 Besides the lack of level sharing there are a couple other things that might disappoint in Castle Clout.  The game can’t seem to match the level of polish that the Angry Brids games have achieved for one – my copy froze up on me, thankfully just once so far.  Also the multiplayer seems like a bit of a missed opportunity, being limited to a single system ‘Hot Seat’ mode.  But other than these things, the only way I can see the game not appealing is if you just don’t like the genre.

Castle Clout 3D is a fun download.  I give it (and the series) props for planting the seeds of a gaming empire.  The game looks good, controls well (with support for both stylus and button support) and has plenty of challenging content.  It’s also selling for a modest price of just $5, making it a much better value for Nintendo fans than the overpriced Angry Birds collections.  If I liked the game despite my mixed feelings for the genre, I can imagine fans will enjoy it even more.