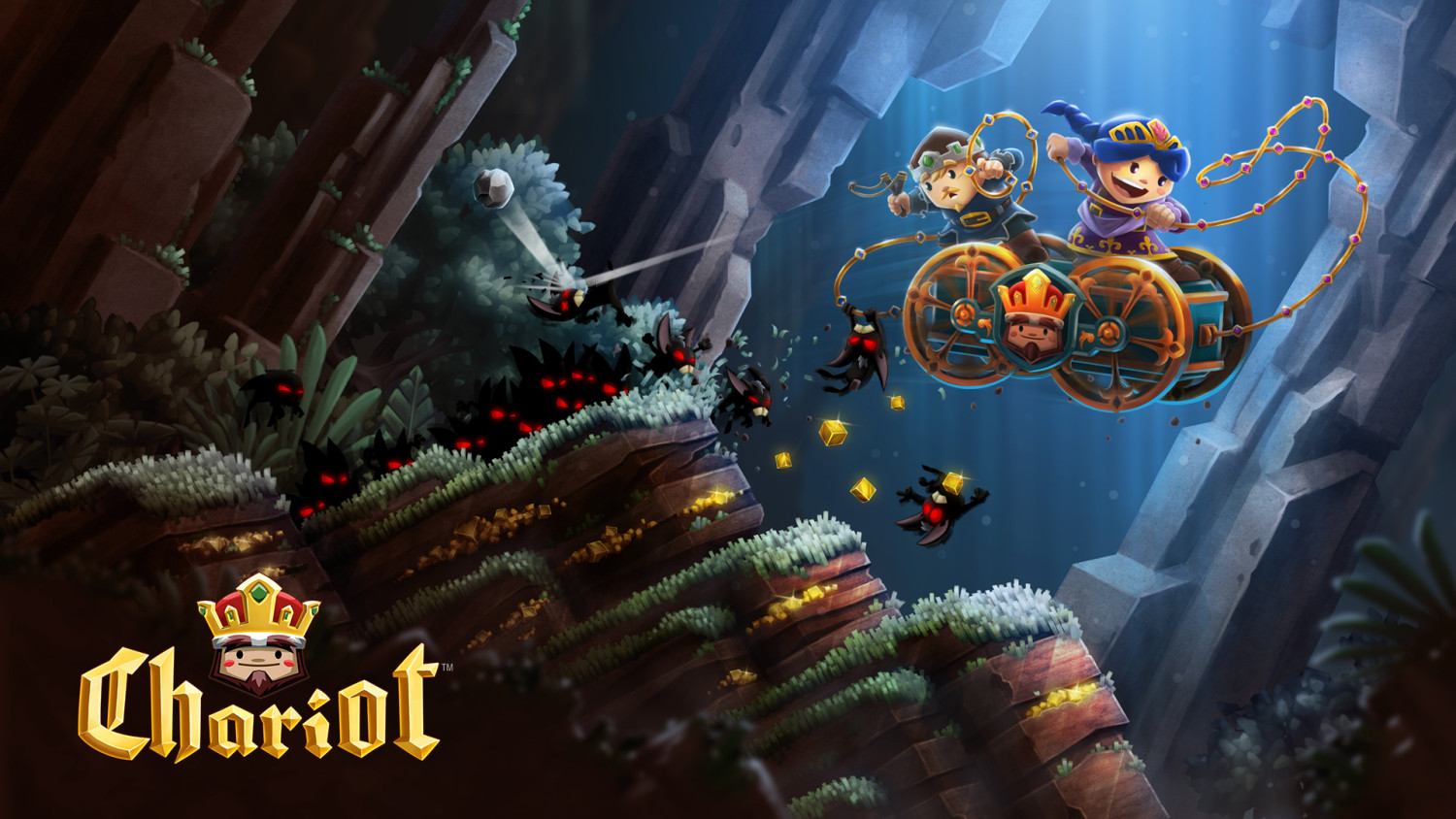 Chariot is a new 2D platformer built around a unique concept.  Instead of running and jumping wildly through levels stomping enemies like a Mario or Donkey Kong Country game, players will instead be hauling around a large funeral chariot with a dead King in it.  The goal is to find the best resting place for the deceased King.  It may sound like an easy task to just drop him off at the nearest sepulcher, but the King has other ideas.  His ghost appears on several occasions to provide words of discouragement and ‘help’ you along the way.  After the first few levels, players will begin to grow tired of the King’s complaints and wonder just why they’re putting up with the dead King in the first place.  To add insult to injury, the in-game couple that is tasked with transporting the King to his final resting place must overcome mountains of obstacles to conquer each level. 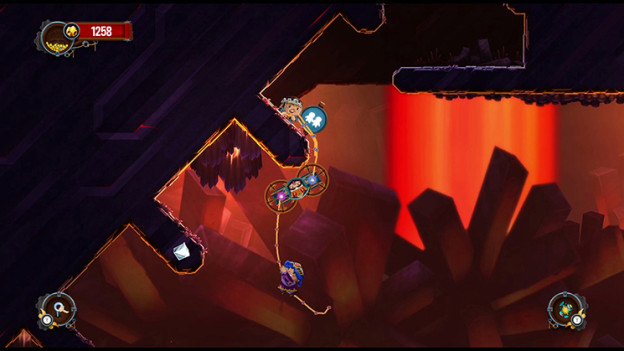 The gameplay in Chariot is quite unique.  Players use the ZR button to attach a rope to one end of the chariot.  When playing in co-op mode, both players can simultaneously attach a rope to each end to make for some unique and treacherous puzzles.  The rope can be tightened or loosened while attached to the chariot (hold ‘L’ for tightening and ‘ZL’ for loosening).  Players can also jump using the ‘A’ button and use either a sword or slingshot (male player uses the slingshot while the female character gets a sword) with the ‘X’ button.  The game starts off with some basic challenges like pulling the chariot over small bumps and then graduating to larger embankments.  Eventually players will have a whole series of small platforms they’ll be navigating all while balancing and pulling the chariot along.  The physics are the variety in the otherwise tedious gameplay.  Gravity and the forces involved with pulling and pushing the Chariot are all very satisfying.  However, while I applaud the unique aspects of the physics and platforming, I couldn’t help but feel more frustrated the more I explored through the game.   There are some nice upgrades that players can unlock throughout the game, but nothing that really hooked me into enjoying the fruits of solving a puzzle or challenge.  I love a challenging game but it has to have a good payoff to be worthwhile.  Instead of feeling a sense of accomplishment after each challenging section, I just felt more and more weary.  While the gameplay is a bit slow and tiresome, the game really shines with its visual flare. 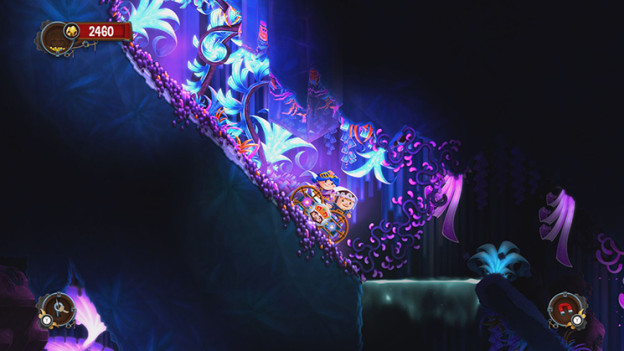 The presentation in Chariot is top notch.  The environments feel alive with the subtle glow of light peering through the caves all the way down to the small touches like dirt falling on the edge of a cliff when the rope is moving over it.  Some of the levels feature dimly lit caves.  The only light that is provided is from the chariot and nearby flowers and fungi that look eerily iridescent.  It’s a beautiful and charming game with great animations and a beautiful style.  One improvement I felt could’ve been made was to show the map of the level on the GamePad when playing on the TV.  I found myself constantly pausing the game to access the map when it would’ve been very simple to have the map available on the second screen.  There was really nothing that Chariot did on the Wii U to take advantage of its unique capabilities. 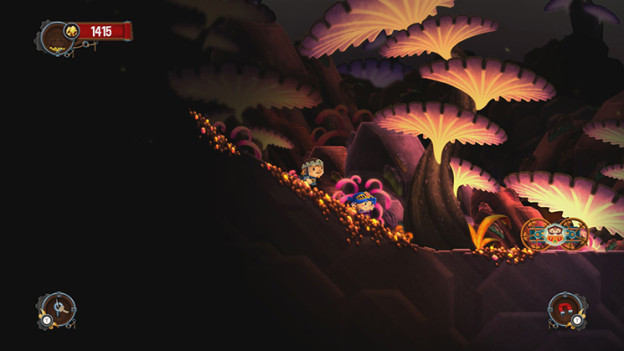 The co-op in the game can be more of a hindrance than a blessing.  Both players can often become more frustrated in the harder sections of the game and I found myself just using one player do a section and have the other respawn later on.  Levels that would normally take 10-15 minutes can stretch to almost 40 minutes in co-op.  It was fun in doses, but not enough to keep our attention.

Chariot has a lot of great aesthetics, but the game just doesn’t provide a variety of engaging gameplay to match the visuals.  Most levels featured a repetitive blend of hills, valleys, and platforms and then repeated that formula throughout.  The dialogue in the game featured some funny moments but the more the King insulted the in-game characters, the more I had to wonder why I was even taking the time to carry around this expired monarch.

Chariot has a lot of great aesthetics, but the game just doesn’t provide a variety of engaging gameplay to match the visuals.