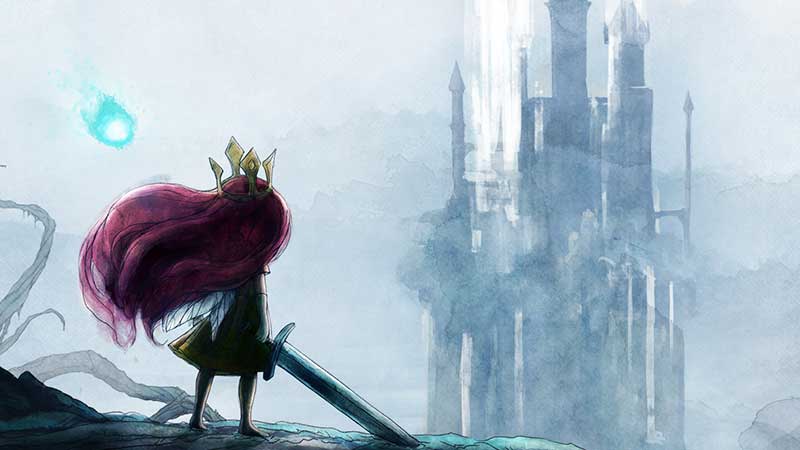 As soon as the Child of Light menu screen came on and I heard the awesome music, I knew I was about to begin an epic adventure. The game starts by telling the story of Aurora, daughter of the duke of Austria in 1895. Aurora and her father were very close and rarely apart, until one night when Aurora went to sleep and became ill. Her father mourned her death, but then Aurora wakes up in a strange mythical world of Lemuria. Aurora is given the task of recovering the sun, moon and stars which were stolen by the Black Queen. Aurora does this in hopes of reuniting with her father.

Aurora starts the journey with the help of a firefly named Igniculus. As you travel along, other characters with their own special abilities will join you. The dialog between these characters and others you meet is all in poetry, which goes along great with the game’s watercolor backdrops and mysterious yet calming music. This game really is a piece of art.

While in Lemuria, Aurora encounters enemies who try and interrupt her journey. It’s best to approach the enemy from behind so you can do a surprise attack, which gives you an advantage when the battle starts. Otherwise, it will be an ambush and the foe will have an easier time attacking first. The fighting style is turn-based and could be compared to the combat in Final Fantasy games, but Child of Light has some aspects that set it apart and I feel make it more fun and interactive. 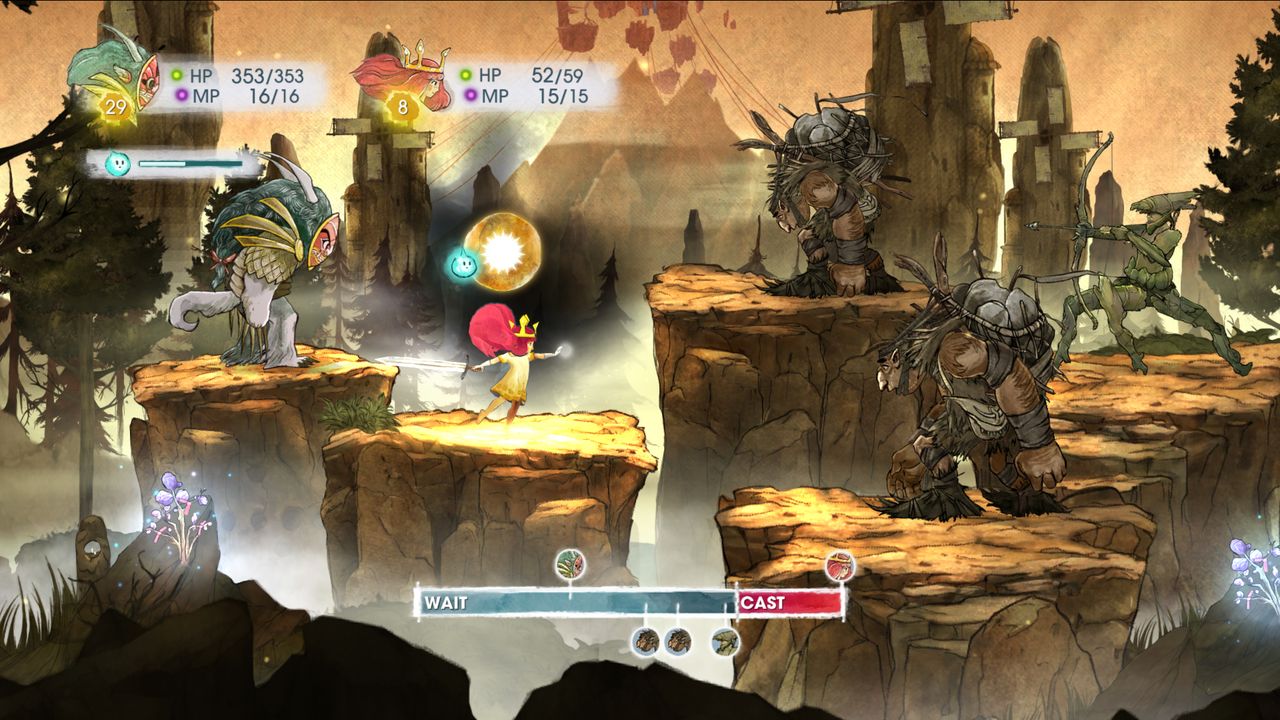 As you can see in the screenshot above, there is a bar at the bottom of the screen when in combat. Each character moves along the bar at different speeds depending on their abilities. Once your character reaches the red “Cast” section, you can perform an attack or defense, consume a potion or switch out characters. Different actions take different amounts of time, and it is performed once you reach the end of the cast zone. You need to be careful when choosing your action because if an enemy is also about to cast, they could interrupt your move if they attack first. With the help of Igniculus, you can slow down an enemy by holding down the left trigger while hovering over them. This can be used as a strategy to try and attack a foe while they are in the cast zone, interrupting their attack and pushing them back on the bar. Some characters also have spells that can slow down enemies and some that can speed up their own movement.

After winning a fight, your characters earn experience and level up as you go along. The early battles don’t earn you as much experience, but you aren’t required as much to level up at that point. The enemies get more difficult and the experience points go up the further you progress in the game. Each time you level up you get skill points to spend. You can choose how you want to build your character by choosing different paths which offer different skills. Eventually you could earn enough skill points to unlock the entire skill tree, but at first you need to decide which ones are most important to you. 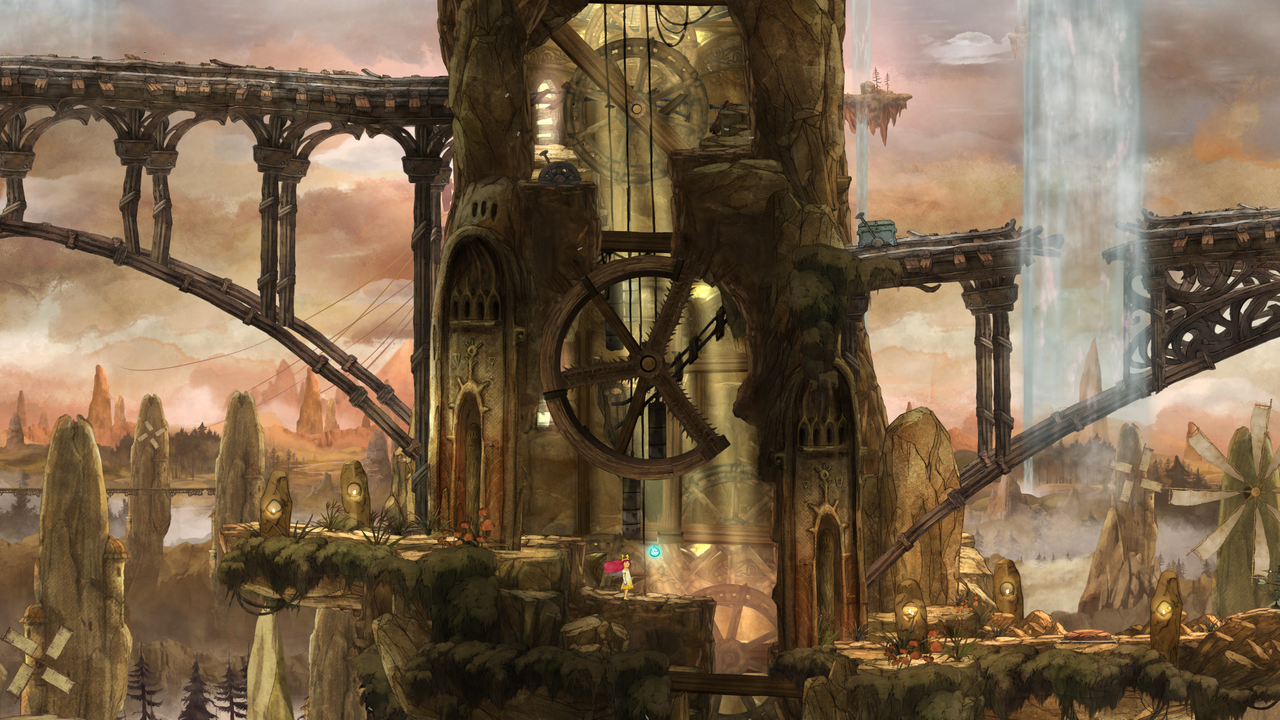 While on your journey, you will come across different items to put in your Inventory. You will find potions and other items that come in handy while in battle. There are potions to restore health, magic and cure ailments. Some potions, like the one that will revive a fallen ally, are harder to come by. I learned the hard way that you should only use these potions if you really need them, because you will wish you saved them once you reach some of the more difficult boss battles.

Another feature in Child of Light are different colored crystals called Oculi. You can craft Oculi to form a better one and apply it to weapons, armor and other attributes specific to each character. This aspect of the game is pretty straightforward and adds some nice customization for your characters. 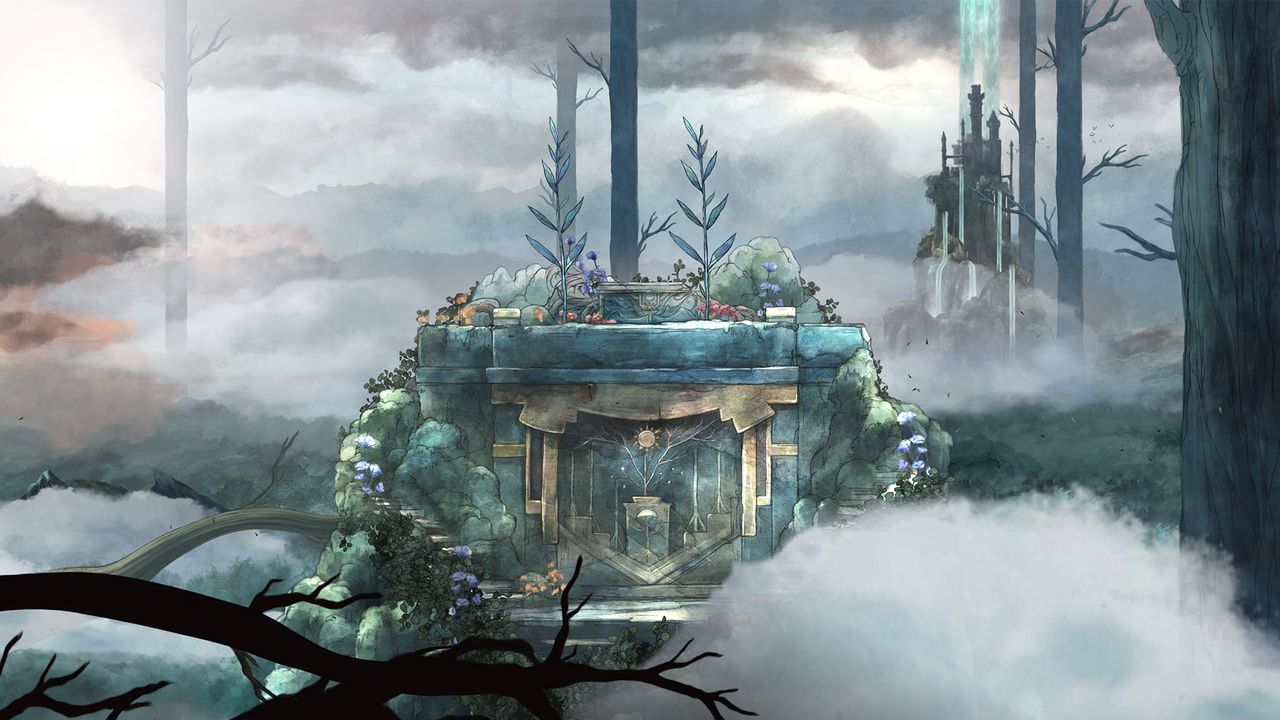 The music, poetic story and watercolor style graphics all go together so well. These three things help make Child of Light unique to other RPG games. The graphics really are beautiful, it’s one of those things you just need to see to fully understand. I highly recommend Child of Light, it offers an experience any gamer would enjoy. And it’s definitely well worth the $14.99 price.

Steve Jobs and Shigeru Miyamoto came to me in a vision when I was a young child and showed me the light. Apple and Nintendo are my life now, and my life is awesome! Besides being a Pure Nintendo editor, I also run the Apple news blog MacDaddyNews.com. My favorite franchise is Zelda, and Link's Awakening is my favorite game in the series. I can destroy anyone in NBA Jam for the SNES....blindfolded. Okay, maybe not blindfolded, but I'm up for the challenge. NNID: purely_eli
Submit a Comment