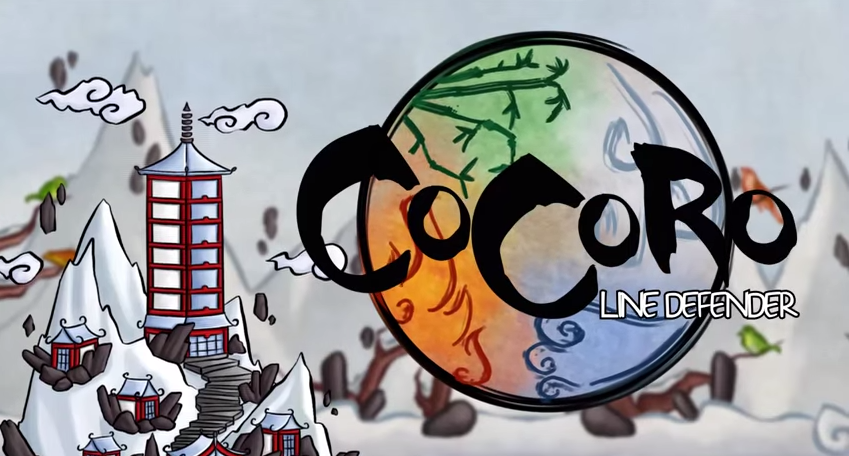 Cocoro is so far one of the most inconsistent games that I’ve played on my 3DS, almost to the point where it’s confusing. The game is described as a “line defense game”, which requires players to utilize strategy and their wit to defeat oncoming enemies. Now I don’t mind a strategy game at all. In fact, I think they’re a healthy break from shooters, platformers and other game genres. Sadly though, Cocoro falls very short, especially for those familiar with games that require thought in each executed action.

When it comes to the games story, there really isn’t one. Well one worth being invested in anyway. The most I gathered from it, the four elements (fire, earth, water and air) are waging war with each other. Sorry gamer guys and gals, no Avatar to be found here. Shortly after that, you’re given a brief tutorial on how to play.

If there’s one thing that I will praise this game on, it’s easy to pick up. In your army, regardless of which element you’re playing as, you have four different classes of soldiers that are unlocked the further you progress in the story. The obvious difference from each class is in regards to how much damage each can dish out and receive. The pay off though is spawn time. Weaker classes can be produced faster, while stronger ones take more time.

While a solider is being spawned, you can select their weapon which depending on the class of solider, may be the turning point of a battle. I particularly gave weaker soldiers spears or the bow and arrow, as they would die instantly in the front line. During battle, a small meter on the top right of the screen will begin to fill which when filled, can cause ultimate death to rain from the sky destroying everything on the screen. This should be used wisely, as it has the potential to take our your own soldiers too. Overall, your goal is to destroy the enemy strong hold while keeping yours safe. Defeating the strong hold will then grant you points which can be spent on weapon upgrades making each match easier.

Now comes the part that ultimately disappointed me about the game. In one match, I was completely over powered by my enemy and lost. However, I noticed I still received points. In fact, I actually received more points for losing than I did for winning. Once this little loop hole was discovered, I purposely lost each match to grind points so I could purchase better weapons. It may seem pretty obvious, but I’m not crazy about a game that rewards failure. Video games should feel rewarding when accomplishing a great feat or getting through a section that previously gave you a hard time.

Another issue I had was the inconsistency with battles. In one level, I decided to send out my strongest troops. This lead to my defeat, but for the sake of my own curiosity, I did the exact same set up and won without a problem. Again, this didn’t feel rewarding, only confusing. I didn’t win with my cunning and strategic wit, I won cause I got lucky.

Lastly, lets talk about the mechanic when sending out troops. Once a solider is spawned, you are required to grab them via the touch screen and fling them out in the battlefield. A neat gimmick, I’ll give them that. However, when I have enemy troops swarming my base, the only way to get rid of them is via the ultimate attack seeing as though sending out troops will always overshoot and completely ignore them. This makes me loose automatically if I’m overrun by enemies, but hey, with no punishment for losing, I guess it’s not a big deal. Even though as a gamer, it really is.

When it boils down in the end, I would really only recommend this game for a very young audience who’s possibly still adjusting to the gaming scene. It’ll give them a chance to learn without ultimately proving difficult to the point of frustration. For anyone else, I’d take a pass on this one.