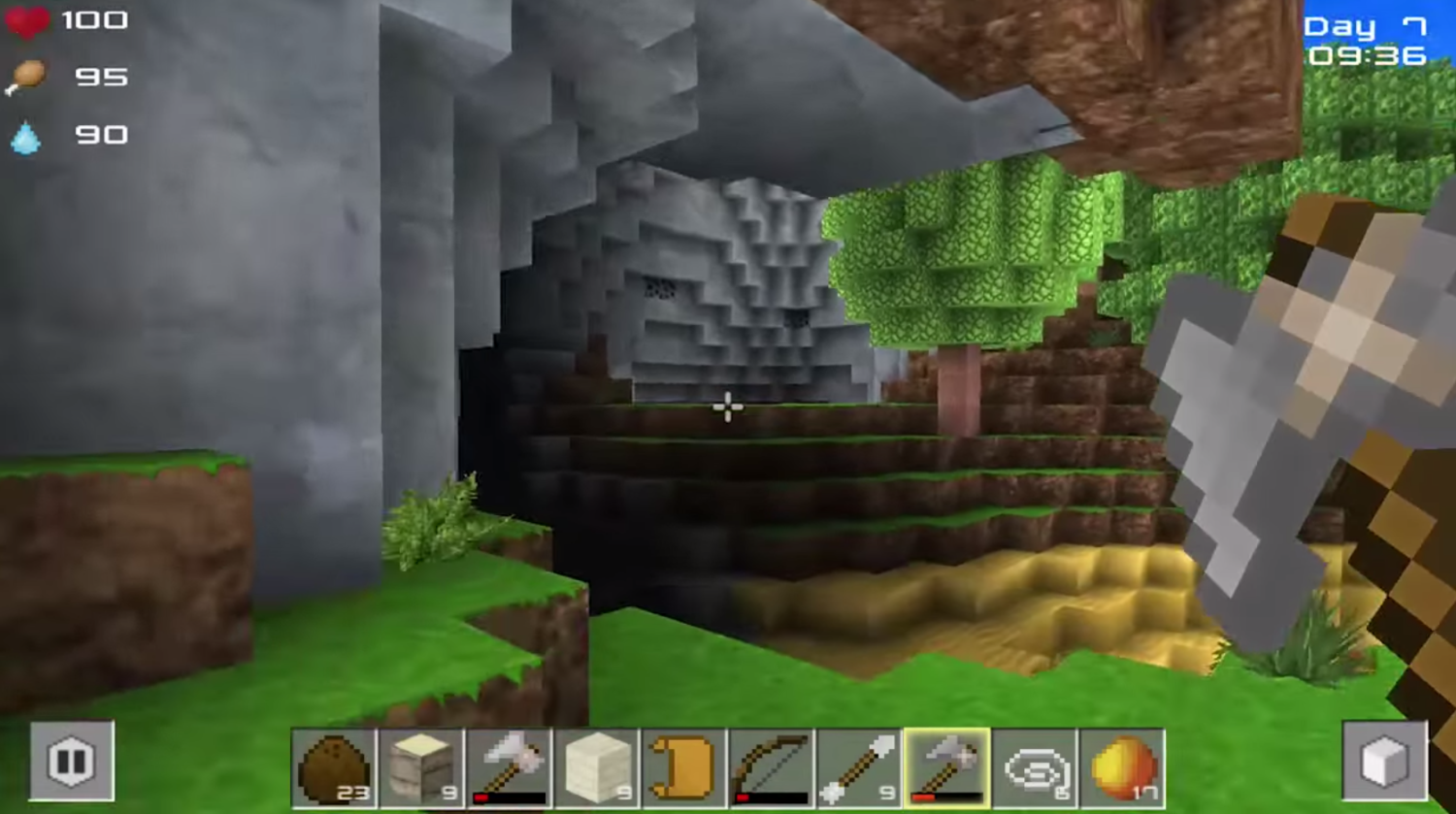 Cube Life: Island Survival, is Cypronia’s answer to the lack of Mojang’s hit, Minecraft, on the Wii U.  The studio has included a bit of a twist, so you won’t be playing a simple Minecraft clone.  Exploration take priority over creating huge structures, and genuinely feels exciting when preparing for the next big trek to another land mass.  The hostility of cannibals and other wildlife really ensure that every decision counts towards your survival, and kept much of the gameplay exciting.  On the other hand, glitches and freezes can really punish players who want to explore too much.

This game encourages exploration, but much more laterally than deeply.  The hours I’ve spent creating mines only yield more stone.  You’ll need to travel to other islands to find, caves, mines, and temples to find higher level materials.  Much of your time with Cube Life is going to be spent with stone tools; everything degrades so quickly, that I felt hesitant to use up the more rare materials I had spent so long acquiring unless it was absolutely necessary. 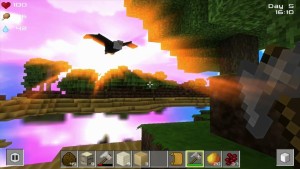 If you make the larger map, you’ll notice that Island Survival has a grid map, a-la Wind Waker. But this time, filling out the map fall on your shoulders, not some loudmouth fish.  My goal then became to fill out as much of this map as I could.  Preparation before each move is key, and I always spend an entire day gathering supplies so I can survive the trip. Oddly enough, the time spent gathering goods made my travel that much more important and enticing. 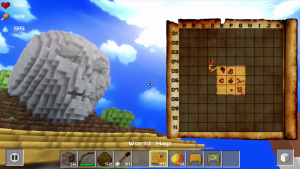 However, exploring is easier said that done in Cube Life: Island Survival.  Sharks patrol many of the islands, and will tear right through you if you dare to swim near them.  Until you can make a raft, your movement will only be limited to a few islands.  Traveling is further marred by the tremendous loading time between screens.  Every time you load up the game, or travel to another island, expect to study the craft ideas on the loading screen for around 40 seconds.  This isn’t the only time you wait in this game.  There are no beds, so when the cannibals come out at night, you either can fight, or you can play it safe and wait in your fort until daybreak.  Crafting can only take up so much time, so each night, I’d find a safe spot, and place my gamepad down until the sun rose.  Waiting around is terribly boring, but it is far preferable to dying. 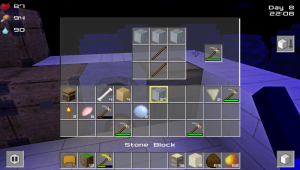 Death comes swift and merciless for our survivor; without the right armor, anything that breathes can just tear through you.  Knock backs are the bane in many games, but they are a necessary evil.  Survival Cubed has nothing of the sort, so if you play the game on mute, you may not notice your health drop until it’s too late; especially when arrows are involved.  Dying underwater carries two penalties: You die, and have to watch the loading screen again, but the second you respawn, the game things your still underwater, and you need to hightail it to the nearest shoreline, dive, then surface before you drown.  How the developers never saw that bug I’ll never know. 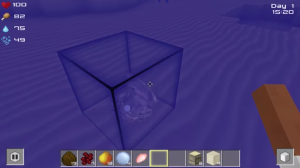 The second half of the title you nave have noticed is Island Survival, and the studio has definitely kept that promise.  For much of the game, I was so focused on foraging for food, and keeping myself alive, that I hardly have anytime to flex my creative muscle.  I suppose that is why Cube Life has a creative mode, but the appeal of constructing cool things in Minecraft’s Survival Mode is getting the sense that you are conquering a harsh environment.  The small size of the islands also kept me from wanting to build anything complex outside of a platform in the sky.  Completely exploring the land mass only takes a few days, and then it was back down to business of exploring the next one. 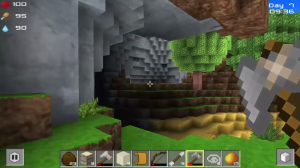 I still haven’t addressed the elephant in the room, which is that this is indeed a Minecraft clone.  the visuals absolutely mirror that of Mojang’s prized IP.  Cube Life: Island Survival’s crafting also imitates the indie hit’s system.  You’ll need a crafting table to make more complicated items, and items are created by placing materials in the right slot.  Fortunately, Cube Life has a crafting guide in the menu, which takes out all of the guesswork.  While this may sound bad to many, every second counts in Island Survival, and I am pleased to have that system in place.  Since the theme is tied to island life, items, such as shark steak, fins, fish, and pearls, Cypronia has created many of their own assets, so the game still retains it’s own identity. 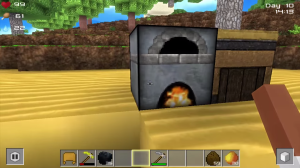 As fun as the game can be, Cube Life, is incredibly rough around the edges.  I’ve hit a few invisible walls in my travels (which are not good for my boat), and more tan a few times I’ve had my game freeze mid travel.  I wanted to keep exploring, but the game’s constant issues has completely waned my interest in doing so.  In combat, I’ve had my fair share of arrows travel though stone, causing my untimely demise.  At one point, and the volley of arrows and miners kept me pinned, and I was forced to start a fresh file just to make any headway again.

I sincerely hope this game will be patched up in the future, because there are a lot of neat mechanics at play.  I’m always excited to see what secrets the next island could hold, but the game’s bugs and sheer amount of waiting I have to endure continue to deny me that thrill.  Until Cypronia irons out these issues, I would hold off on purchasing this game.  Hopefully we will see some updates soon enough.

Fun, but Very Rough Around the Edges

The emphasis on survival and exploration are what really make this game unique, but the glitches and loading times really spoil what is otherwise a fun concept.