Cube Tactics is a capture the flag type game (or in this case a destroy the cube one) where you navigate maps using varied cubes, trying to conquer the enemy while protecting yourself.  There’s plenty of unique cubes you can ultimately have access to, but whether you’ll persevere long enough to use them all is a fair question – this game’s quite uneven, sadly falling short in many areas. 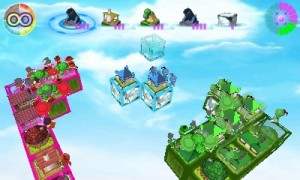 Cube Tactics is controlled traditionally, with the stylus serving almost no use.  Touch screen control would’ve actually been well suited for a game like this, but the trade-off in giving it up is stereoscopic 3D.  I can’t say it’s preferable.  The game looks okay in 3D (the colors do seem to pop) but I probably would’ve preferred the speed afforded by using the stylus.

Speed is important, as there’s little time to scan the battlefield and prepare a strategy.  You’re forced to adjust rapidly on the fly, usually trying to quickly inundate the enemy through sheer speed while keeping an eye on the energy circle.  It could severely frustrate players looking to employ strategic depth, but I might’ve found it sufficient if the artificial intelligence was good.  Unfortunately not only is it not very good, it’s not even consistent. 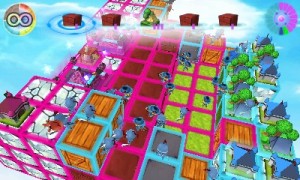 Your crew will often display a lemming type mentality, bobbing about doing who knows what while a lone soldier slowly chips away your cube.  Building upgrades supposedly produce stronger units and are more difficult to destroy – so how can a lone archer quickly wipe them out?  Examples like these are many, and these inconsistencies drove me nuts!  Why bother learning what each cube does and making effort to place them advantageously when troops don’t follow their own programming?  Sloppy AI really hurts the 25 level single player quest game – the first half with levels too short and easy, the second half with strategy taking a back seat where you more or less have to hope for the best.  The game has a good tutorial and tips during load screens, but they’re wasted since the AI is so uneven.  Battle Royale is the only thing saving the game when playing solo, since you’re given choices over game conditions.  Being able to set a time limit, difficulty level, field size,etc. I got to sample some small doses of fun. 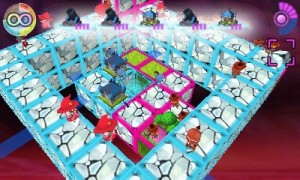 Multiplayer could’ve lessened my frustrations with the quest due to a more level playing field.  When searching online though, I couldn’t find opponents.  Multiple occasions when trying to connect I had to give up after several minutes – and this at different times, on different days, and without selecting any particular criteria.  When I did eventually connect, I found there was lag, and it proved to be very bothersome.  A complete lack of local multiplayer is reflective of some severe shortsightedness.

Cube Tactics was a download I really wanted to like.  It looked promising, and I was excited for its release.  It has some good ideas and strong points (the music in particular!) but overall it falls short.  For every minute that thrilled me (and a few of the single player levels did) there were three times as many that infuriated.  Some may be able to overlook its questionable control, lack of strategic depth, and uneven AI, but they affected my enjoyment greatly.  I can’t really recommend it even for multiplayer, due to limited players online (although I’m hopeful it’ll pick up), the lag, and no local multiplayer support.  The best tactic I can recommend is passing on this below average game and avoiding frustration. 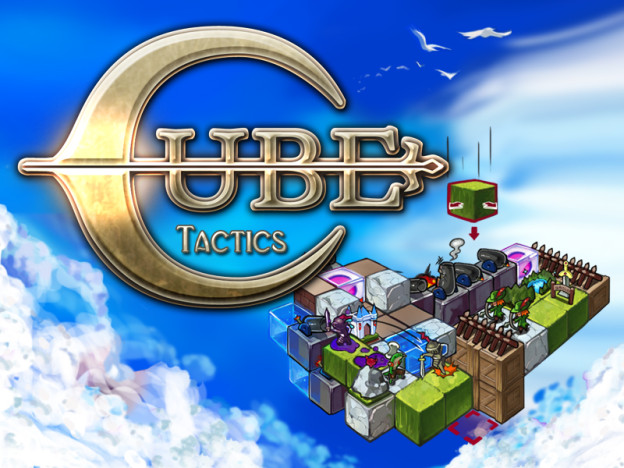