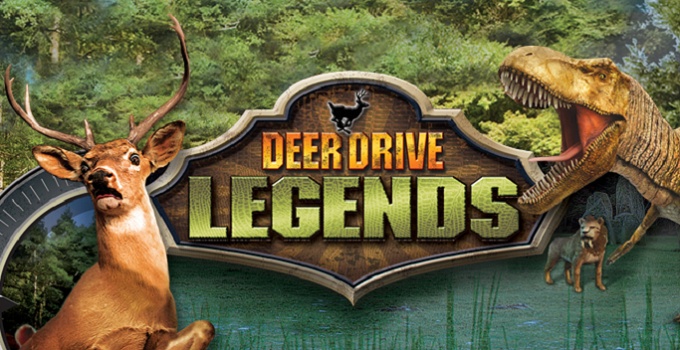 A new WiiWare release in late 2013?  I was surprised enough when Retro City Rampage finally arrived on the service back in February, and thought it would be WiiWare’s last game.  Needless to say Deer Drive Legends caught me off guard.  How many people are actually still looking for Wiiware games at this point is unknown, and the audience is only going to keep getting smaller.  However Maximum Games must think they can turn a profit, perhaps from having earlier success with these games.  This time last year Deer Drive Legends was seeing a retail Wii release, and six months prior one on the 3DS.  Will this latest port manage to capture the attention of enough gamers? 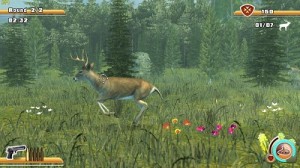 Deer Drive Legends is an arcade hunting game through and through, despite any touches (like the weapon variety) or appearances otherwise.  The numerous animals don’t respond very realistically, and will continue to gallop by en masse seemingly oblivious to weapons fire and other animals dropping left and right.  One hit kills seem to be the order of the day too, so the need to worry so much about accuracy is diminished.  Shots in the legs don’t seem a whole lot different from head or lung shots.  When I reached a point where I had to face off against a T Rex, the games arcade nature became set in stone!  Unlike many of the Cabela titles, this is a much more tongue in cheek approach. 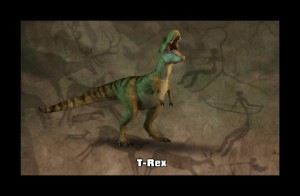 You’ll be moving from various locations like the Rocky Mountains, African Savannah, and beyond.  The goals change with each round, but there isn’t a vast amount of variety overall.  Taking out a set amount of a certain animal, looking for kills by hitting vital organs, tagging does, avoiding killing certain animals etc …  After the first few minutes you should get an idea if the simple gameplay appeals to you or not.

Outside of the main game, there are some extras.  Multiplayer is an option I always welcome, and Deer Drive Legends offers both versus and co-op.  The game records various stats by location, such as accuracy, number of vital shots, etc. and this can provide replay motivation when trying to top high scores and records.  There’s also a trophy room that lets you view the variety of animals in the game (over two dozen) and a couple of unlockable mini games as well. 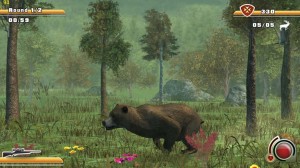 I thought the visuals were decent enough.  That said, graphics aren’t as important to me as some.  If you don’t feel like seeing a game that looks 10 + years old, you’ll probably be let down.  The textures can be muddy, the movement could be smoother, there’s some visible draw in for distant landscapes, colors aren’t as vibrant as I’d like, etc … I could go on, but I think the points come across.  Regardless, I still rather like the game’s overall look in spite of its datedness, thanks to the varied environments spread across multiple regions.

The music in this game I found very enjoyable!  Admittedly it tends to seem more like something you’d find in a rpg soundtrack than an arcade shooting gallery.  With the exception of the track that plays during the boss battles, there’s no action packed tunes.  If anything it gives the game a relaxed feel, and helped me zone out even further to what’s already a mindless game, but I really did like the music despite how out of place some of it was.  I didn’t enjoy the animal sound effects nearly as much, but these can thankfully be muted (although it does mute the gunfire, and strangely some music also)  I still suggest it though, to appreciate the tunes more fully. 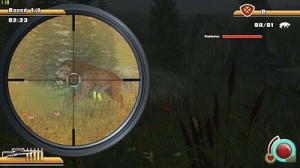 Control with the Wiimote is fine (Nunchuk is optional) and, given the basic nature of the game, extremely easy.  You can pan left and right and up and down to a point, and that’s the extent of your movement.  I think I would’ve actually  preferred an all or nothing approach, with either on rails play or full movement.  The current setup feels like a bit of a tease, but outside of the occasional off the occasional attack from off screen, it manages to work.  Reloading, changing weapons, and zooming are all simple as well, and overall Deer Drive Legends demonstrates what we’ve come to learn with shooters on the Wii over the years – they control very good. 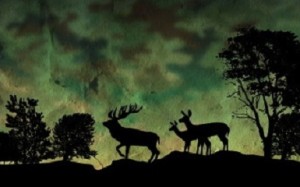 This game needs to be scored in context.  It’s a Wiiware release in 2013, when the service has been in inactive for nearly nine months.  Even retail Wii releases are becoming few and far between, and decent ones all the more so.  If, like me, you still play Wii games along with your 3DS and Wii U titles, and are looking for a modestly fun, playable time waster, you could do worse than spending 500 Wii points on Deer Drive Legends.  If you’ve moved on exclusively to Wii U though, this probably won’t be a game that makes you boot up the console in Wii mode.  This game is far from great, but then again it never really intended to be.  In a season that is seeing hits being released every week, I don’t mind a game that sets its sights low.  Deer Drive Legends manages to succeed because its goals are modest, and it could be a game that I kill some time with between more robust offerings.