Fantasy Life is an addictive fun adventure game from Level 5 and 1-up studio (formerly Brownie Brown Inc.) now available on the Nintendo 3DS. Instead of only taking the role of the mighty hero, in this game you have the option of being all different kinds of things. Never thought you’d be a cook or a tailor while also saving the world did ya? How about an angler or a blacksmith who could make their own weapons? In this game its your life and you choose what you want to do.

Fantasy Life started out as a game originally being made for the Nintendo DS back in 2009. That was changed to making it a game for the Nintendo 3DS, it was then only released in Japan, in December of 2012 and now finally its being released in North America. The wait was well worth it because I can honestly say after playing hours of Fantasy Life, it is a bit repetitive but its also an awesome, enthralling game that I’m glad I was able to experience. Get ready to take a trip to the magical town of Castele filled with a huge assortment of interesting characters, and colorful creatures. 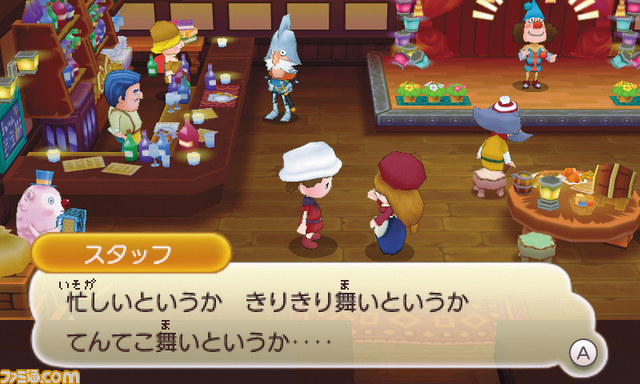 You start out your “fantasy life” by creating your very own customizable avatar. Including gender, hair/color, skin/color, eyes/color, nose, mouth and body type. I love being able to do this, I have an addiction to customization. After your done with your character you must choose a life. There are 12 lifestyle options to choose from including: Alchemist, angler, blacksmith, carpenter, cook, hunter, magician, mercenary, minor, paladin, tailor and woodcutter. Each life has its own set of quests, upgrades, equipment and skills. 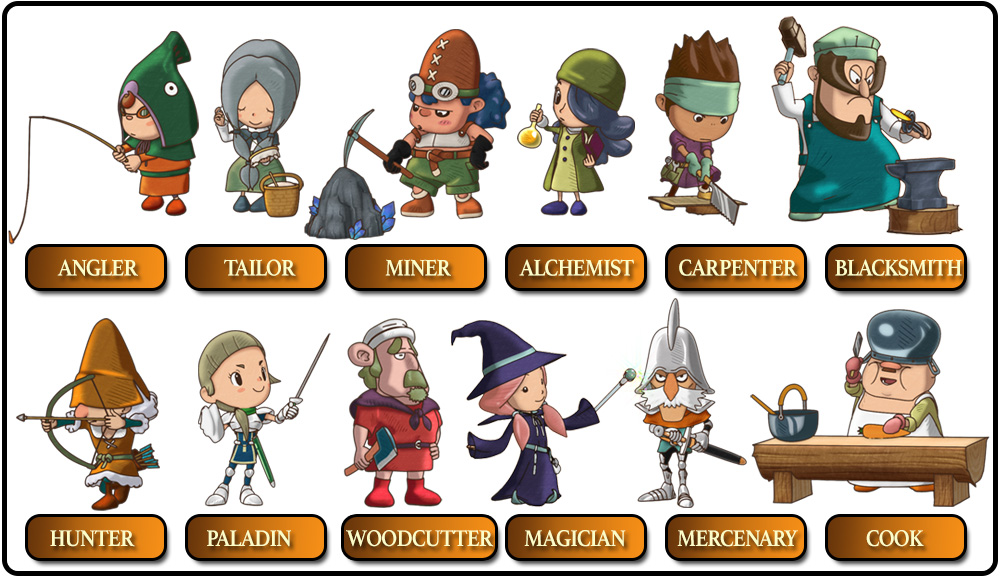 The magician stood out to me so that was my first lifestyle choice. You begin by visiting the guild office in town where you obtain your license. This proves that you are qualified to perform the life that you have chosen. It also shows your rank and how many stars you need to level up in that field of work. For example I went through a short tutorial where I learned how to use my magic spells and upgrade them by completing quests and earning stars. Stars are like experience points for each life. There is an extensive amount of different quests to do for each lifestyle and with each one comes new weapons, armor and upgrades. After your bored with one life you can move onto the next and become a jack of all trades. 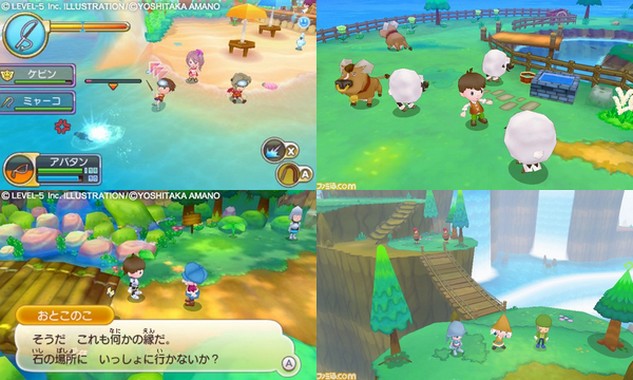 During your adventure you will encounter all kinds of different beasts and wildlife spread across a vast 3D world that’s filled with tons of greenery and produce that you can forage and sell for dosh (a weird word for in game currency). There are also special bounties you can obtain when defeating a certain enemy or harvesting a certain material which can sometimes earn you big money! With all of your dosh in hand you can then purchase new weapons or tools, buy a new house that you can customize from furniture to wallpaper to pets, and of course buy all of the itinerary you’ll need for the average adventurer. Its like Animal Crossing and Final Fantasy had a baby. 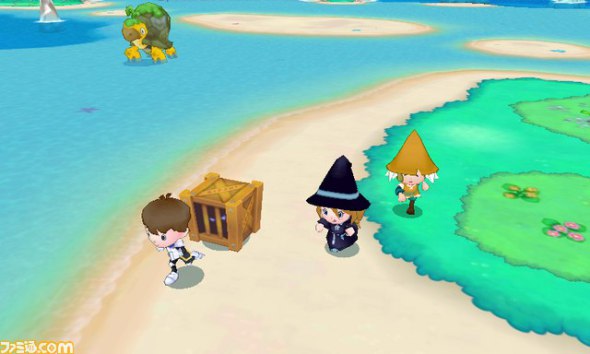 While the quests do get a bit repetitive and the characters do sometimes talk way to much when explaining things there’s a lot of charm to this game and you can tell a lot of care went into making it. Its also really fun trying to master all 12 jobs in the game and adds a lot of variety to its gameplay. You wont be able to defeat certain enemies until later in the game, this makes for new areas to explore after you’ve leveled up a bit. Also not to mention the main quest your on, to save Castele Town from its impending doom, but I don’t want to give to much away. Another thing I should mention is Bliss. Bliss is basically points you earn while on the main quest. If you earn enough of it you can unlock a lot of helpful things in the game like a bigger pouch or the ability to ride a horse so you can travel faster plus a lot more. 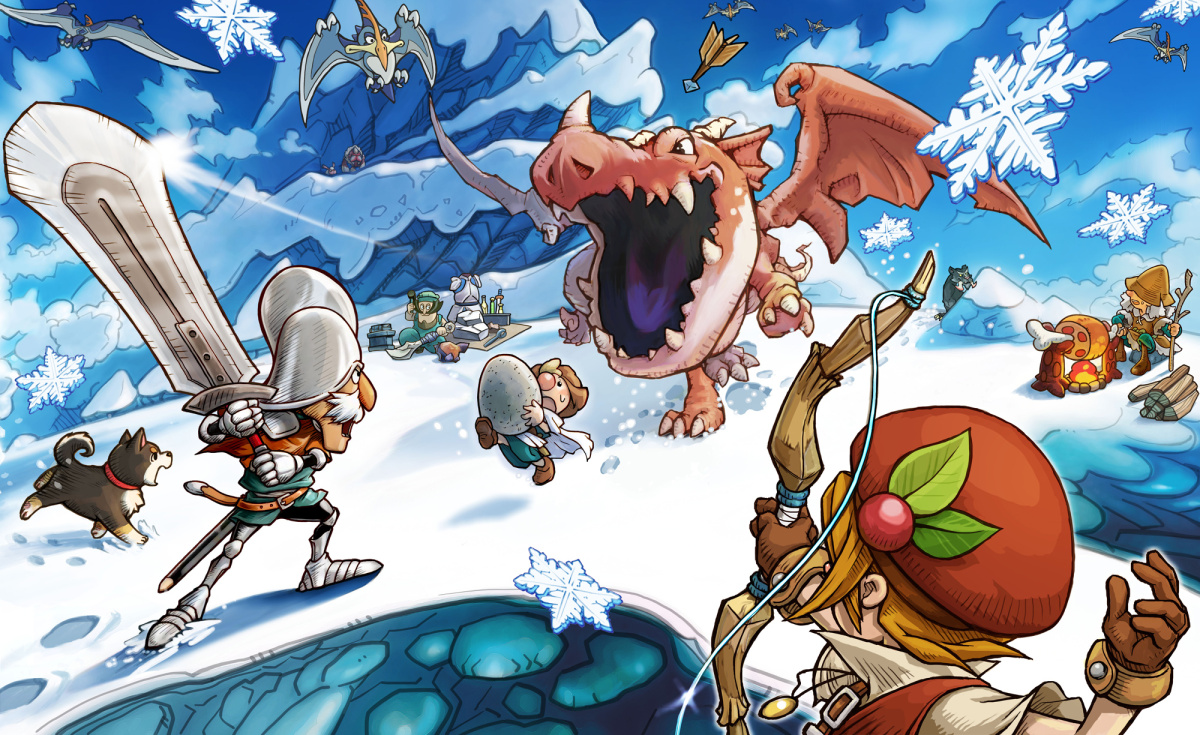 The controls are simple enough, the B button is used to dash, or creep up on an enemy slowly while crouching. The A button is for attacking with whatever weapon you have equipped and also using tools, and of course the control stick is used to move. The fighting style is pretty easy and fast paced, you simply go up to an enemy and start attacking it, or wait for them to come over and serve you up a knuckle sandwich, your choice. When engaging in battle you can vacate the area at any time if you need to take a breather or whip out some HP potion. Attacking and using your tools also requires SP, your SP bar refills pretty quickly while playing, I never had much trouble with running out and if you do there’s a potion for that as well! The touch screen is used for all of your menus (Info, quests, licenses, skills, items, gear, your map, etc.) It also displays a helpful map while playing that shows where enemies and other characters are in your surrounding area. 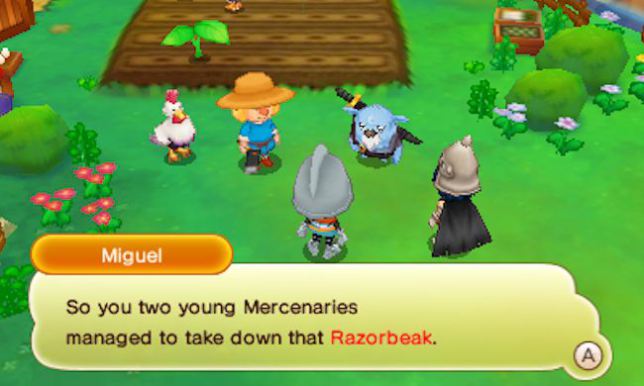 On top of everything else that keeps you busy in this game, you also have the option of accepting request from the local citizens. Helping someone find a certain item they’re looking for could earn you a rare item or some well deserved dosh. These requests can be fulfilled or rejected at any time during your play through. Overall, Fantasy Life is a great game filled with adventure and all the nostalgia of a classic RPG, from the amazing soundtrack to the beautiful scenery and even some good ole level grinding. So if your looking for something new and refreshing to add to your extensive list of games to buy this season I highly recommend Fantasy Life. Taking the role of many different lives may seem confusing and demanding but you can play this game at your own pace and explore as much as you want. Live the life you’ve always wanted and let your fantasy begin! 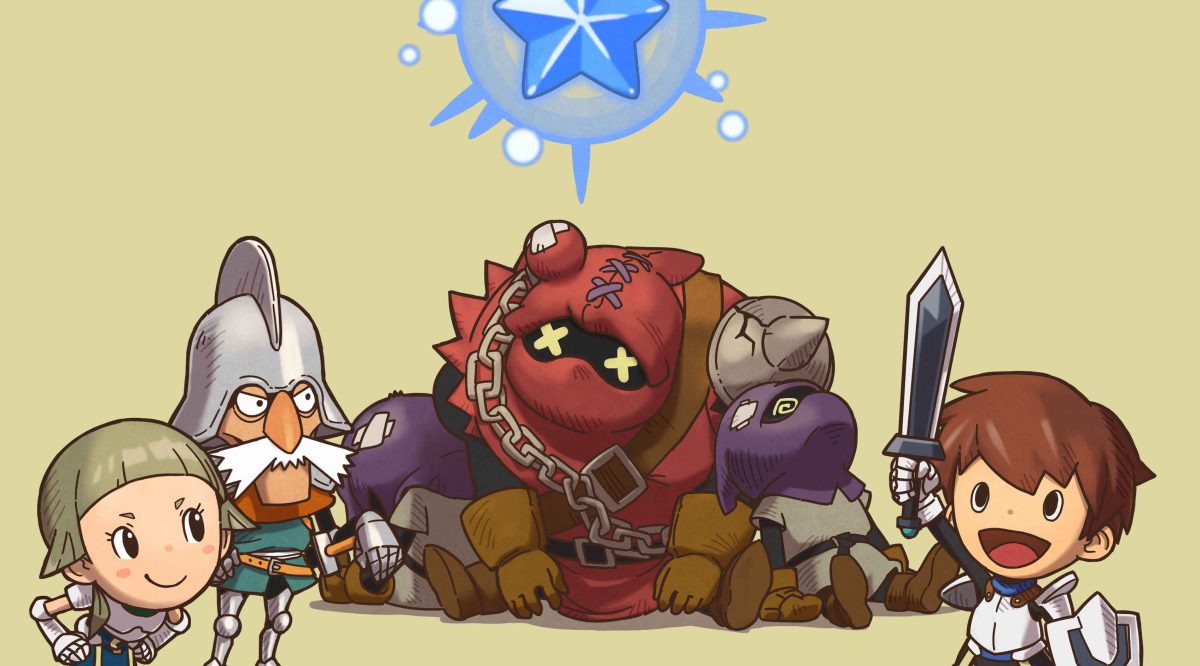