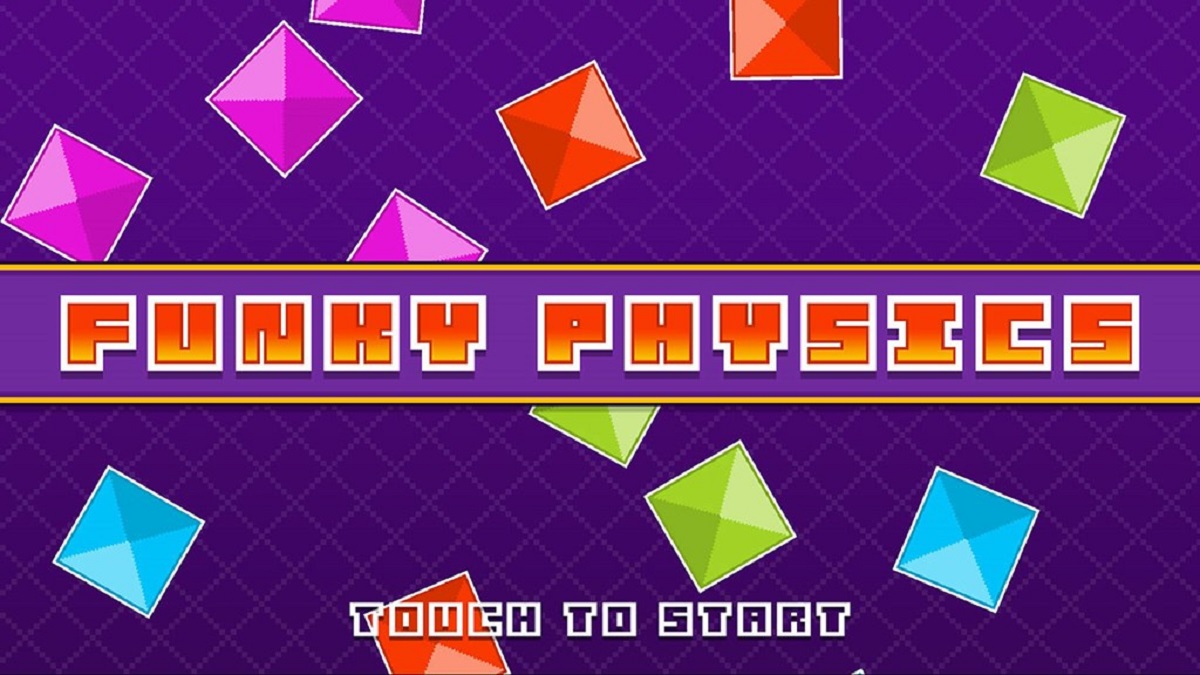 Funky Physics is the latest Wii U eShop release from Petite Games.  This puzzler is arranged like most of the indie studio’s other titles.  There’s 28 levels (plus 4 incomplete tutorials) where you can earn up to 3 stars.  While it’s a comfortable setup, perhaps it’s too familiar.  In any case, let’s put the structure aside and focus on the actual gameplay. 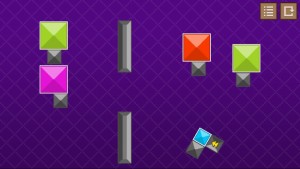 The goal is removing all green blocks from each single screen.  Early the focus is mostly on tapping larger blocks to split them apart.  As the game advances, a couple special blocks get introduced – one explodes, the other acts as a cannon.  The latter can be double tapped for increased speed.  Mistakenly this isn’t mentioned in the tutorial, despite my finding it imperative for some late puzzles.  Success is reached from doing things in proper sequence, although once new elements get sporadically introduced, precise timing also becomes crucial.  Near as I can tell there’s just a single way to solve most of these puzzles.  As the screens generally aren’t too crowded either, experimenting is fairly limited.

Blocks can’t fly off the edges of the screen, a design I found slightly odd.  Giving it more thought, I think a lack of screen borders deprives the game an extra level of strategy.  It could’ve injected some welcomed “funky” variety, opening the way to play around with potential alternate solutions, while also lessening any frustrations.  Possible bugs could’ve been avoided too, which I’ll elaborate on shortly. 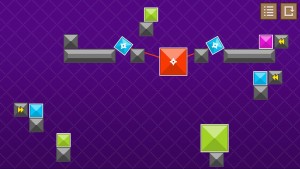 The simple visuals, fine for a budget puzzle game, benefit nicely through the use of color.  The folksy music is an acquired taste though.  It didn’t annoy me as much as anticipated, but by the time I beat the game I definitely had my fill.  There are multiple tracks however, so repetition is less likely to set it, even if you get stumped on certain puzzles.

For whatever reason, nearly all of the Petite Game titles are incredibly linear.  That unfortunate trend continues with Funky Physics, where you may breeze through some puzzles only to become hung up at length on later ones.  Frankly speaking, this setup does the game no favors.  I’ve reached the point of embracing less restrictive puzzlers, that give the player more freedom while maintaining a healthy challenge.  Why not let the 3 star system reach its potential by having it impact level unlocking? 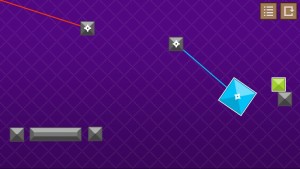 Much worse than the linear design however, are the various glitches I encountered the further I went.  Some were more isolated – blocks freezing in midair for instance.  Others carry greater weight – taps from the stylus registering after a delay, or outright refusing to register period!  Even the physics are suspect, with evident inconsistencies proving impossible to discount.  While I did beat the game, the overall package suggests it was rushed.

Funky Physics could’ve been a solid budget puzzler.  The foundation holds much promise, but the game certainly would have benefited from a longer development period to polish it up.  Dependable, responsive control is paramount!  Coupled with overly familiar, linear, and occasionally buggy design that had my attention waning, I simply can’t recommend this over any of Petite Games other releases unless a patch arrives.  For the future, I’d like to see the dev adopt a more open design, allow proper time for a well executed title, and add more content also.  How about a Toon Tanks sequel with multiplayer support?

Dependable, responsive control is paramount!  Coupled with overly familiar, linear, and occasionally buggy design that had my attention waning, I simply can’t recommend this over any of Petite Games other releases unless a patch arrives