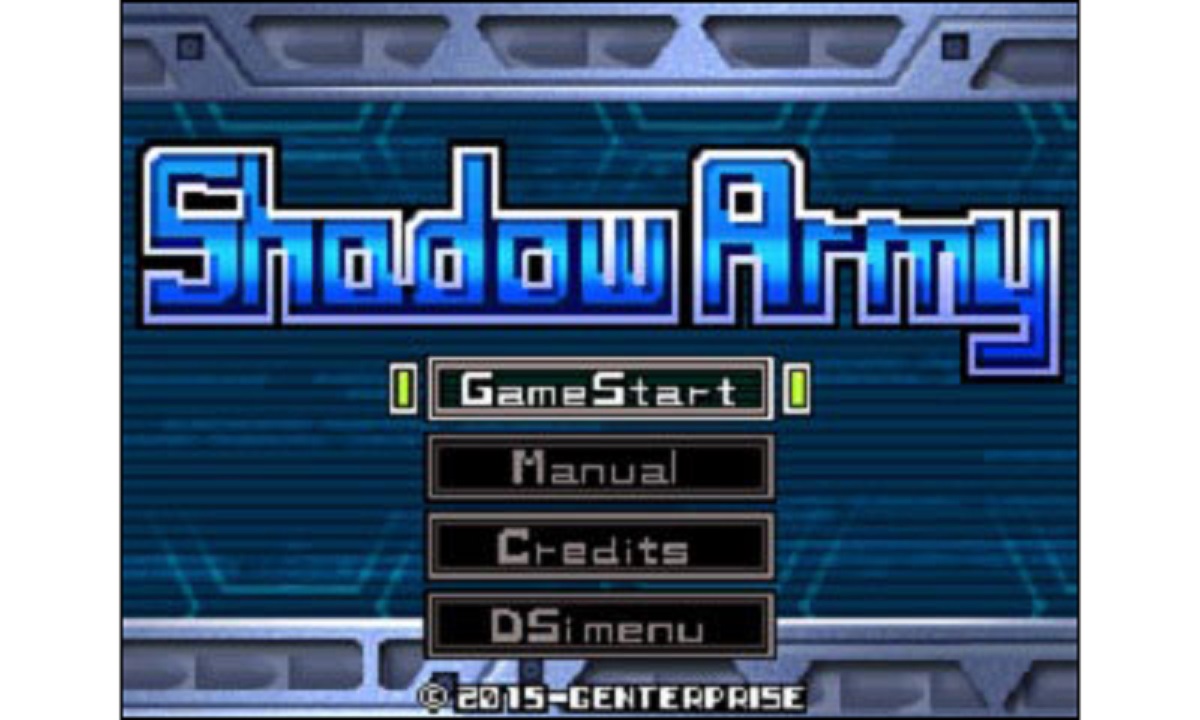 I purchased this recent DSiWare release on a whim, not knowing very much about it.  The manual summary states, “In this game, the player proceeds through each stage while avoiding enemy fire by hiding behind walls or crates.”  It’s a pretty meager description, but Shadow Army is unfortunately a pretty meager game.  It’s not awful for its budget price ($1.99) but this isn’t a surprise late DSiWare hit.

I suppose I’d compare this top-down shooter to Alien Syndrome, albeit a slower and much less interesting variant.  You take control of a character that looks like a blue RoboCop, and work your way through very bland environments while fighting other cyborg soldiers.  There’s really not much of note – the action is serviceable, but very thin. 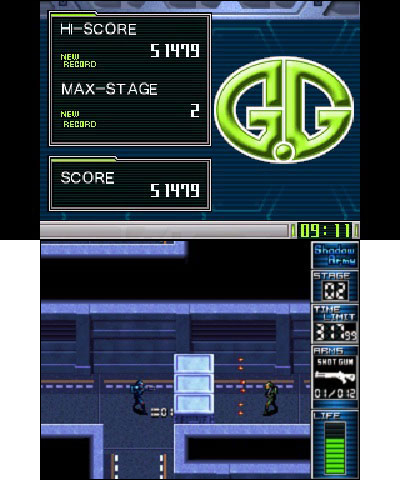 The controls are a mixed bag.  The shooting is fine, and a means to strafe is definitely appreciated.  But certain functions, like ducking and reloading, are sluggish.  Another annoyance came from equipping grenades – you’re unable to move with them, and their exploding range is poor.  On the plus side you can move about freely in any direction, and you’ll need to as enemies aren’t always still.

You can acquire extra bullets and health, but this is a challenging game.  Continuing is an option, but you only have a single life and no checkpoints.  Expect much trial and error gameplay.  This means repetition sets in very early.  It’s made far worse by the lack of a level select feature or save option.  With enemy variety lacking, the game quickly grows boring.

Shadow Army could’ve been some decent fun, but it’s much too repetitive.  It’s a dull title, not having enough gameplay ideas to sustain itself.  A lack of options sealed the deal for me.  I’m not kicking myself for buying it, but if I had it to do things over I doubt I would again.  I found Shadow Army’s design subpar,  so unless you’re playing for a top score I don’t think it’s the type of game you’ll come back to much if at all.  It’s a forgettable release.  Maybe try another G.G series title, like Exciting River, instead. 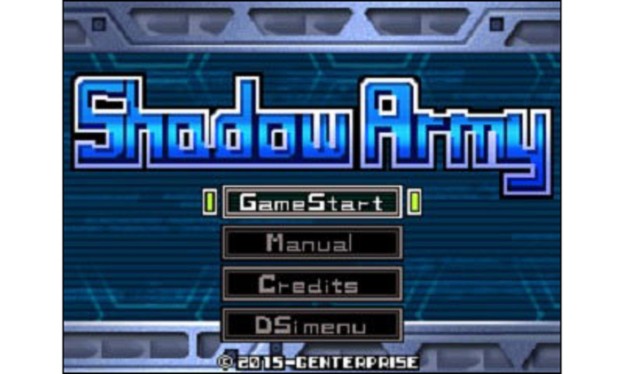 Shadow Army could’ve been some decent fun, but it’s much too repetitive.  It’s a dull title, not having enough gameplay ideas to sustain itself.