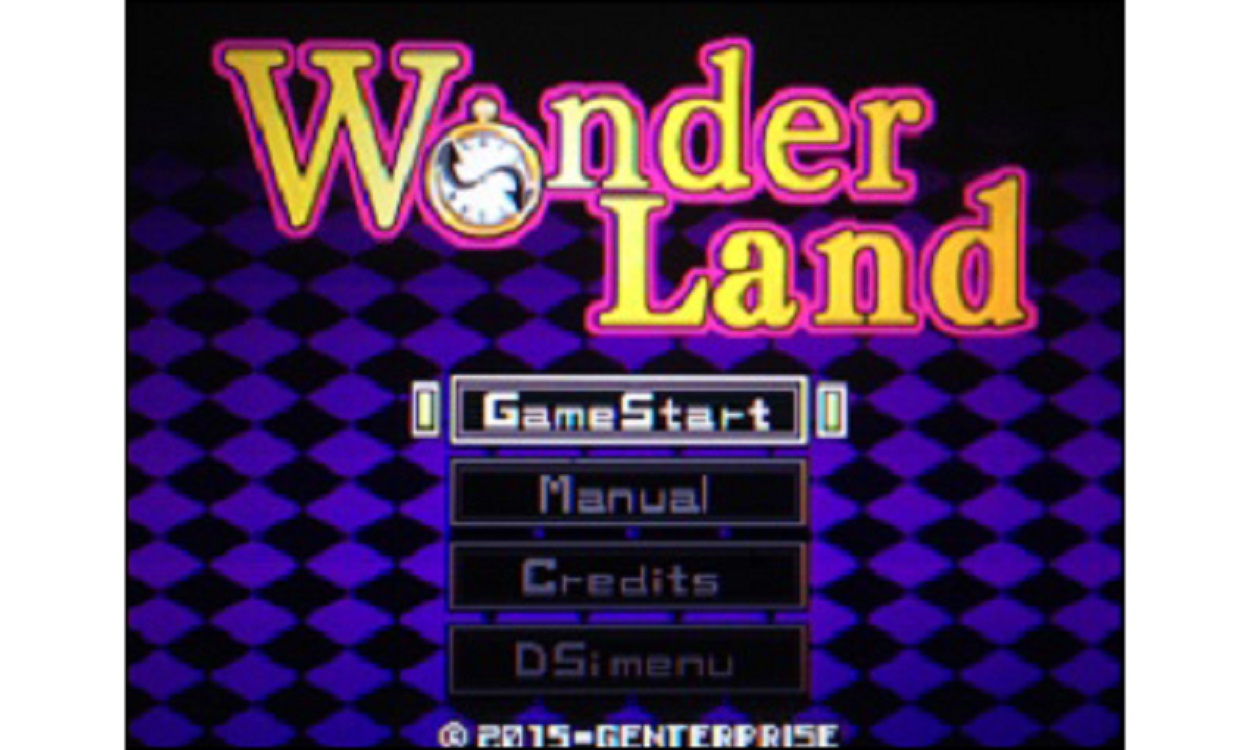 Will you venture down the rabbit hole?

DSiWare had a stiff enough challenge standing out once the 3DS eShop debuted, but in recent years its pulse has become slower than Steve Nash in a Laker’s jersey!  I haven’t reviewed a DSiware title in nearly a year.  While there have been a small few released since, only two thus far in 2015.  This makes any new arrival stand out to me, albeit in more of a curiosity kind of way.  Still, at 200 points ($1.99) this release shows a recognition of what appropriate pricing is.  Shuffle your SD card, it’s G.G Series WonderLand. 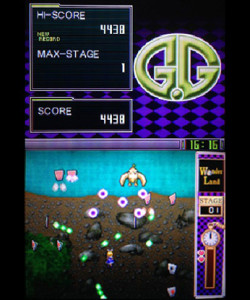 This shooter is inspired by Alice in Wonderland.  The Lewis Carroll book and its sequel (Through the Looking-Glass) are among my favorite classic novels ever.  Sadly the game doesn’t do much with the source material.  Fighting playing cards over a checkerboard layout is all well and good, but the enemy variety is sparse and the locales fairly generic.  The bosses are unnamed, but they’re the Cheshire Cat, the Hatter, and the Queen of Hearts.  You’ll spend far more time fighting them then you will playing through the stages.  They tend to have two waves, with one being a more ‘bullet hell’ style approach.  It contrasts with the rest of the game, and the shooting-dodging action feels a bit unfocused.

Alice (who functions as a ship would) can move generously around the screen, but she is quite slow when using the main, powerful shot.  The 3-Way shooting is much quicker, but has a negligible affect against bosses.  The side bomb gauge seemed like a promising weapon, but it simply turns enemy projectiles into points!  It’s not bad (if unexpected) but hardly the most effective use. 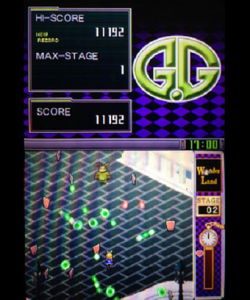 A strong argument could be made that this game has broken design due to the bizarre hit detection.  The collision box is far smaller than Alice, so bullets seem to pass clean through doing no damage!  Once I realized this the game became much more playable, but it goes against the grain so to speak.  The challenge, though healthy enough, is built off unsatisfactory design.  Beating the game brought feelings of relief as much as it did of accomplishment.  Likewise feelings of skill shared space with those of simple endurance.

Speaking of beating the game, WonderLand only has the three stages!  Once beat, it just loops back to stage one.  This approach works for classic arcade shooters, but not so much for a title like this.  Even for just $1.99, I expect a little bit more.

Come to find out this is a  Japanese DSiWare release from over 5 years ago!  It’s old, and it plays even older.  I beat the game in a scant 15 minutes.  Now I can’t say I won’t keep returning to it from time to time to best my high scores, but I don’t imagine it will be all that often.  It’s not the worst $1.99 I’ve ever spent, yet WonderLand could’ve been considerably better.  Perhaps it’s finally time to retire DSiWare for good?

A fun theme,  healthy challenge,  and the right price aren’t enough to make this a good game.  Subpar weapons, odd hit detection, and only three levels (among other things) hold it back.