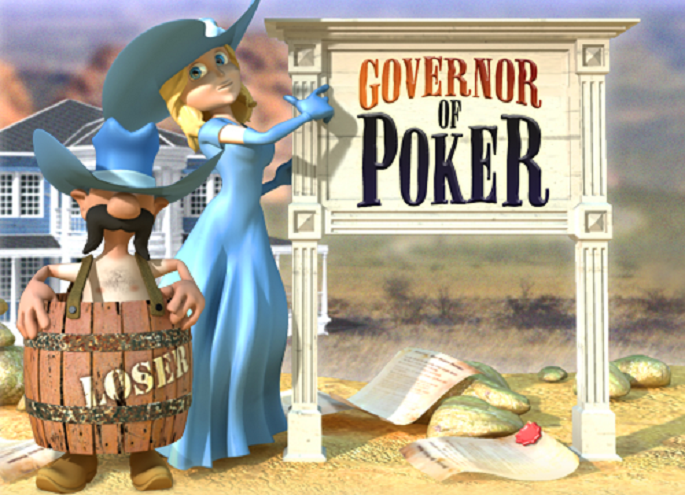 This quirky poker game puts a lot of its focus on other aspects, perhaps at the expense of its actual card playing.  Moving from town to town and slowly winning your way through Texas sounds like good fun, but it’s just a simple window dressing for average at best poker.   A port of an old PC title, Governor of Poker doesn’t bring very much to the 3DS eShop. 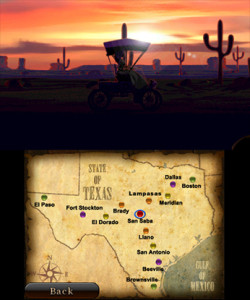 The drawbacks unfortunately stack up like a pile of chips.  This is a Texas Hold ‘em only affair, so variety is lacking. You can’t keep your actual winnings – instead you’re rewarded a predetermined amount depending on where you place in the top three.  Perhaps worst of all, I noticed I was routinely dealt the same cards repeatedly.  As if these concerns weren’t enough, the game further suffers from long load times, slow character animations, weak voice acting, and repetitive, dated visuals amongst other things.  If you were hoping 3DS optimization might help you overlook the games weaker aspects, you’ll probably be let down.  I must also mention there’s no multiplayer support of any kind. 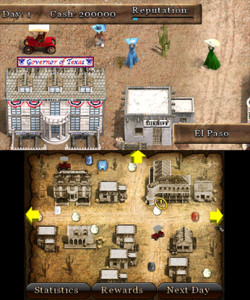 There are a few things the game does have going for it, such as online leaderboards, solid 3D, and some decent themed sound effects.  But when the core game is lacking, things like this don’t accomplish as much as you’d hope.  There’s little point decorating a house before securing the foundation.  Should you stick with the game, you’ll definitely be playing for a good long while, but I question how many will want to – it just isn’t overly appealing, nor is it ideally adapted for handheld play.

The game has three difficulty settings, though there seems to be little difference between them.  The rather lifeless computer characters are routinely dealt pocket pairs which (coupled with your own repeating deals) makes strategy take an unfortunate back seat.  Probabilities don’t seem to mean as much in this game, even more so when consistency is lacking.  How can you “know when to hold ’em, know when to fold ’em” when the game marches to the beat of an unusual drum?  In some ways it’s unlike any poker game I’ve ever played.  I admit the high difficulty has kept me playing in spite of some of my frustrations with the balancing (and lack of a manual saving system) but that’s probably more a result of my stubbornness than it is compelling gameplay. 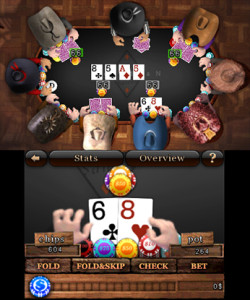 Whether you’re a new card player or one with lots of experience, there’s potential for Governor of Poker to frustrate.  I thought I would really like this game, but time has shown me otherwise – it’s average at best.  Perhaps the sequels are better?  This oldie probably should have remained on the PC.  If you’re a big fan of Texas Hold ‘em, there’s some fun to be had here, quirks and all.  Otherwise you may want to take a pass and wait for one of the sequels to arrive on the eShop.  Curious ones might be able to find a free version online to check out first.