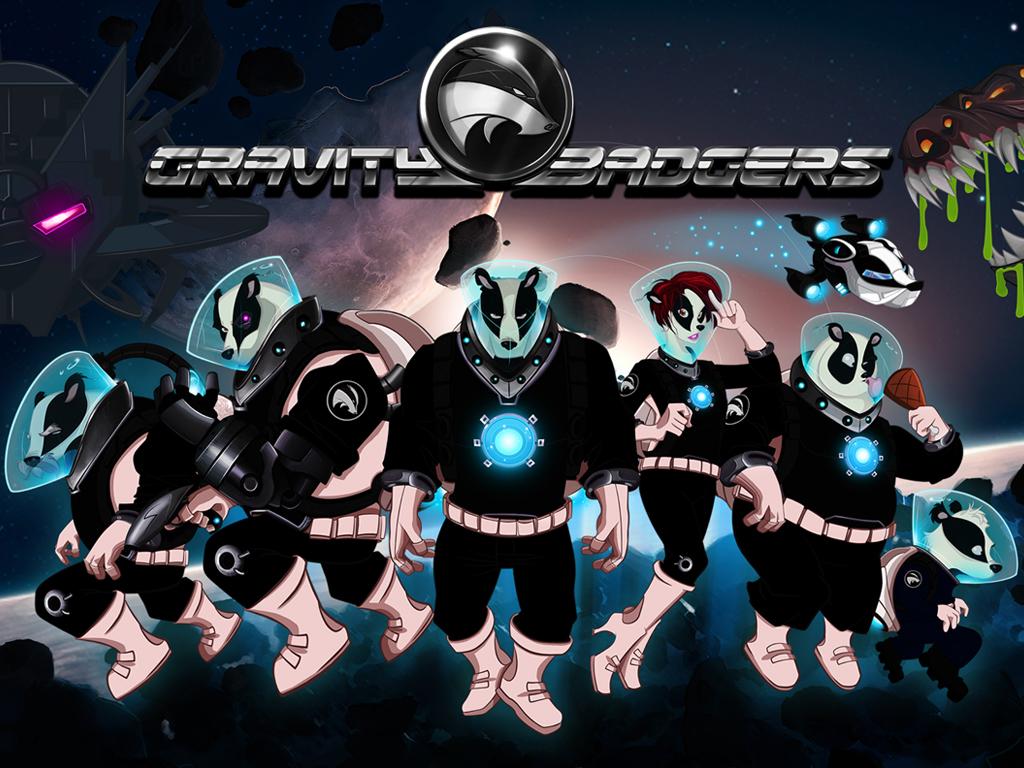 Being from the United Kingdom, I’m more familiar with badgers being pecked at by crows at the side of the road than seeing them in space. So, upon hearing about Wales Interactive’s Gravity Badgers, a title that allows the player to control the black and white mammalians against the backdrop of deep space, I was intrigued to say the least.

You play as Captain T. Bayback (which seems like it should be a pun but apparently isn’t) on his mission to rescue his cete of badgers from the clutches of the evil honey badgers. How these two foreign species came to be at war exactly, isn’t clear. The narrative, or lack of, is told simply through still pieces of artwork between each set of levels.

I’ll get this out of the way early into the review. Gravity Badgers is a lot like Angry Birds. Most noticeably, Angry Birds Space. Not only down to its cosmic location, but also because it shares core elements of gameplay, with its physics-based slingshot action, and even in its level design and aesthetics. The level menus are presented in a similar format to Angry Birds, and each stage’s completion results in you receiving a rank of up to three stars. 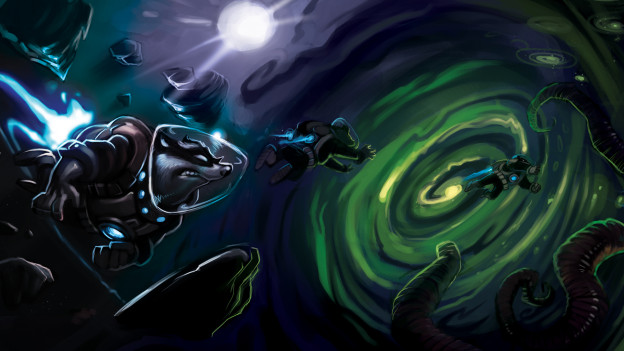 Instead of flinging birds at pigs though, Gravity Badgers involves you catapulting your badger through deep space, whilst making use of the gravitational pull of planets, to make your way to the wormhole goal. Along the way you are tasked with collecting three bonus orbs all whilst avoid the flurry of obstacles. At 140, there is a great number of levels packed into Gravity Badgers, but unfortunately they lack any real variety. Gravity Badgers gives more “quantity” than “quality” in return for your money, and bar the occasional teleporter or ice cube (which allows you to freeze on the spot and alter your direction), the levels become a little too familiar. The same art static assets are used throughout too, which does little to help set each level apart. You’ll see the same Red and blue planets throughout set against a select number of starry backgrounds but nothing extraordinarily different differentiates the levels. To break up the monotony, a boss fight occurs in between each chapter. These take part with the player attempting to free one of their Badger comrades by ultimately firing Bayback around the screen to avoid the Honey Badger’s laser fire until his craft explodes like a dying star. Once again, each boss fight lacks any real diversity, with the same basic premise each time, only with the difficulty bumping up as you progress. Upon defeating each boss, a badger ally is freed, giving you the ability to play as that character within the other levels. Regrettably, each Badger lacks any unique traits besides their appearance and offer no other perks. 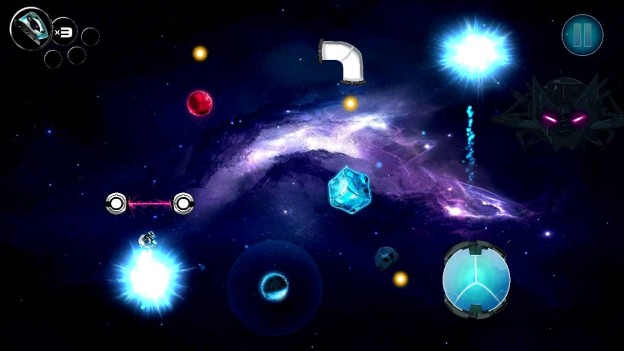 Look at all that space debris!

Those with little patience may struggle to find the motivation to play beyond the 2nd chapter as the challenge ramps up drastically and requires near perfection in order to beat each stage, especially to receive the three Star ranking. Some stages are too difficult, taking much of the enjoyment out of the gameplay and making the whole experience a little arduous and frustrating. Obtaining three stars on each level can seem like too much of a chore, and one may find themselves simply happy to progress to the next stage, regardless of the mission rating. On a few occasions you will happily die over and over again simply to be allowed to skip onto the next level. Despite going through a rather lengthy tutorial at the start of the game, little instruction is given later on. The more perplexing stages can be so jumbled and filled with interactive objects that you rarely put any of your knowledge from the tutorial to use, and instead cannon your badger off on one calamitous journey after another until you more or less figure out the correct angle and speed to fire him at. Gravity Badgers is a game that relies heavily on trial and error and more often than not, the best course of action is to simply fire and hope. Unfortunately, the majority of levels fall into one of two categories – ‘fairly straight forward’ or ‘annoyingly tricky’. There is no real pattern to this either and the difficulty can spike in peaks and troughs. It is not uncommon to get an highly challenging level early into the game followed by one that seems laughably easy. To the developers credit, some of the stage layouts are downright impressive, but only in the way that one would find a falling dominos trick or a game of Mouse Trap impressive – fun to watch the result unfurl, but annoying and tedious to set up.

Being a game readily available on mobile platforms, Gravity Badgers does little to warrant a purchase on the Wii U. Gravity Badgers, and the very category of gaming it falls into are definitely best suited to sporadic bursts of gaming on the move, whether it be it sitting on the toilet, or playing a sneaky game under the table in an office meeting. These are the sort of situations that Gravity Badgers best suits, but are experiences that can’t be emulated on a home system. The ability to play on the Wii U pad does help out somewhat. Fiddling around in the utterly confusing and nondescript game settings can allow you to play with the music/sound FX coming out of the tablets as opposed to the TV, and you’re also given the choice of playing with the buttons of using the (vastly superior) touch pad method, but figuring out how to do so is a major challenge in itself. Think of the settings screen as a extra puzzle thrown in for free by the developers, because you’ll be fumbling around, trying to work out what each icon does for some time. Unfortunately, it was a predicament that I could not solve and when on the gamepad, I ended up playing the game in absolute silence, much like space itself. 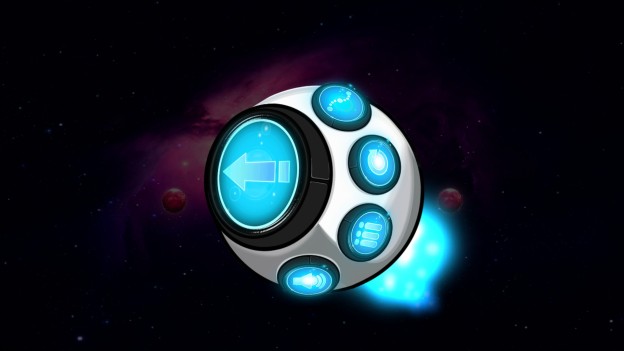 The most difficult puzzle of them all…

For all of its shortcomings, Gravity Badgers is by no means a terrible game. Sure, it lacks originality, variety and is a very bare bones experience, but, the game makes no claim to be anything other than what it is – an affordable puzzle game. For the price ($4.99/£4.99/€5.99) Gravity Badgers will provide a wealth of content and hours of gameplay should you decide to stick with it. For hardcore puzzle fans and those looking for a solid challenge, Gravity Badgers will more than appease, but if you don’t fall into those groups, you should probably overlook this one.