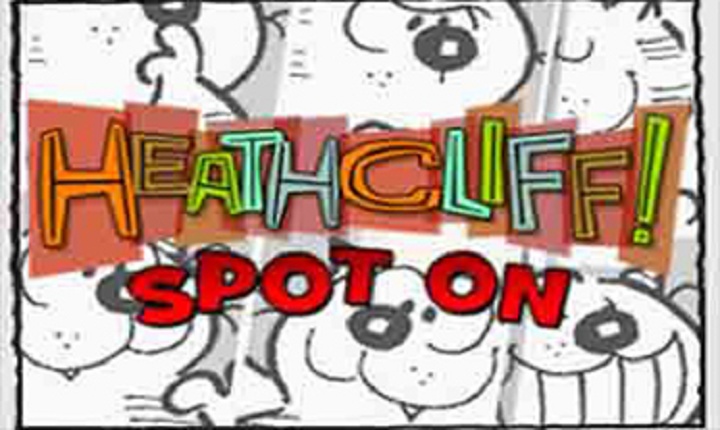 Cats and company have fun, playing pranks on everyone.  New adventures every day, the cats will always get their way.

Heathcliff, the beloved comic and cartoon cat has arrived on DSiWare.  Previously a retail release sporting the name Frantic Foto, Heathcliff’s new DSiWare port has a changed title, Spot On, and a lower asking price.

When I think of spot the difference games, my first thought is browsing a People magazine while sitting doctor’s waiting rooms.  It’s a way to pass the time, but not something I tend to seek out on purpose.  While I have played them in video game form (usually mixed in hidden object games) I’ve never thought they made for a very strong video game on their own.  But I think this particular spot the difference game is actually quite fun, and manages to succeed for a few reasons. 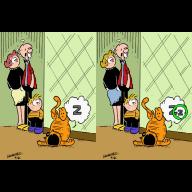 To start, it’s picked a strong source material to build on.  Heathcliff is cool, and with the game’s graphics being essentially scans of the comic there’s little to complain about unless you don’t like the visual style to begin with.  Since I do, the graphics were a fun success from my perspective.  There’s a mixture of black and white and colored stills.  The colors are far preferable from a visual standpoint, but the black and white are more challenging.  Other than an absence of text, I have no gripes with the game’s visuals.

The game also packs a decent amount of content, in spite of its genre and the service it’s releasing on.  Besides standard options to save a game in progress and, pick a difficulty level, various help icons are also included.  By using them time can be paused or reset, differences will be found automatically, etc.  These are limited, but bonus mini games allow you to earn more.  You’re also able to view or replay each comic individually after solving it.  With more differences than you might expect, each comic can be replayed several times.  Options for multiplayer, coloring the comics, and a mix of jazzy, pleasant, music tracks round out the enjoyable package. 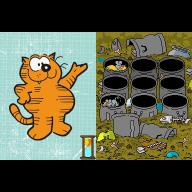 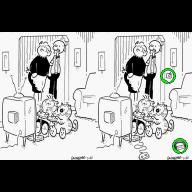 Lastly, the game is only 500 points.  While I do think that’s higher end for this stage in DSiWare’s life, it is inexpensive overall.  It’s also cheaper and easier than trying to acquire the retail release.  I think the game is worth the cost.  It’s a fun title, and it has a good number of options to broaden its appeal.

Spot the difference games aren’t for everybody, but Heathcliff: Spot On surprised me in a good way, and ended up being better than I expected.  If the genre’s for you, this is probably as good an implementation as any.  If not, the Heathcliff material might just sway you.

You should realize he can win it with you!