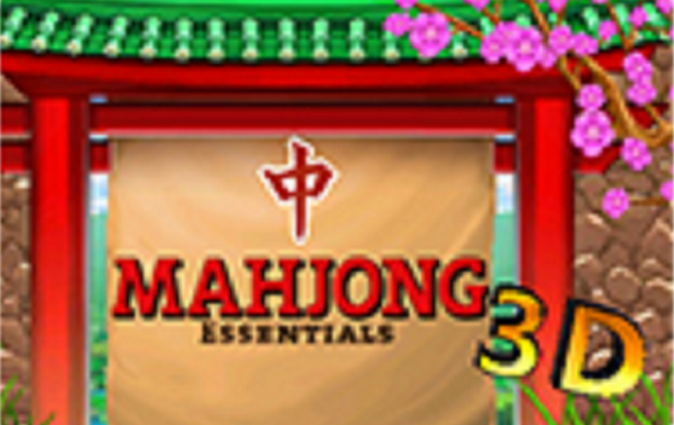 The newly released Mahjong 3D – Essentials retains the basic gameplay seen in a previous eShop title, Mahjong 3D – Warriors of the Emperor (same publisher) while taking out most (but not all) of the story elements and extras.  If you’ve already downloaded that game, I can’t imagine wanting this stripped down version.  If not though, keep reading.

This is a standard game of mahjong solitaire (or shanghai solitaire.)   It includes several of the expected basics, but also a few options that go beyond basic.  Since I presume most people reading this review are already familiar with electronic mahjong (there are certainly many versions already available to 3DS gamers) I’ll just talk about some of the more unique features this game has.

Mahjong 3D – Essentials has a ‘Special’ mode where you select from a variety of characters to play as.  Each has different special abilities that you can use to your advantage, making this mode stand out from your typical budget electronic mahjong games.  While the special abilities can make things easier, this mode seems much more difficult, which helps even out and balance the challenge. 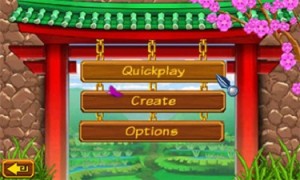 The game also has a level creator, a feature that I didn’t expect to find in a $2.99 download, but one that I welcome.  Which isn’t to say I’ll ever take advantage of it to the full (I really can’t imagine doing so actually.)  Still, I’m all for extra content in games, and I’m sure some will have fun that goes beyond simply fooling around with it like I did.

One last unique feature that I wanted to mention was the StreetPass function.  It’s another unexpected surprise that admittedly seems out of place in this game, and not just due to its budget price.  While mahjong solitaire is the more common variant in this country, it still isn’t exactly what you’d call popular.  When I think of games that I get StreetPass tags with, they are usually the heavy hitters (New Super Mario Bros. 2, Animal Crossing New Leaf, etc …)  Will Mahjong 3D – Essentials get much StreetPass activity?  I doubt it, but its inclusion is still a nice, if peculiar gesture.

Visually this game is colorful, but doesn’t really excel in any particular way.  Of course it is electronic mahjong after all, so graphic expectations are probably already pretty modest.  I was let down with the 3D effect though … it just wasn’t as helpful as I first thought.  It gives a mild lift to the layered tiles, but I ended up just using the circle pad to pan around and see what tiles were on top and such. 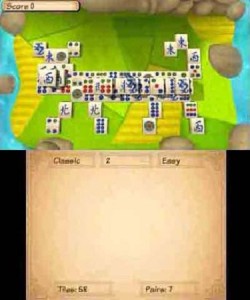 It’s a shame the 3D didn’t perform to expectations, because I’ve no doubt it’s what led to the games odd control method.  While you do use the touchscreen, everything is displayed on the top.  Where you tap on the bottom determines where the cursor appears above, and it’s as awkward to use as it is to explain.  There are two variants of this with slight differences (the manual explains it better than I could) and while it does ensure that the 3D effect isn’t wasted, I would have preferred standard touch screen control.  Since the 3D effect could have been executed better, it makes this approach a bit of a wash, and makes it easier to admit that this control scheme was a misstep.

For those without much mahjong experience, be aware that  while this game does have an easy setting, there is no training mode, not hints, no option to undo a move, and no multiplayer feature that allows you to play against someone equally inexperienced.  These are standard in many other games like this, and while I didn’t really miss them as someone whose been playing these games for 20 years across a variety of platforms, their absence should be noted.

Versions of electronic mahjong games are already overpopulating Nintendo’s handheld, but the price of this one could make it a fairly attractive consideration, especially given the fact the developer has had prior success with the genre.  Mahjong 3D – Essentials has simple and clear goals and they are, for the most part, successfully met, nothing more or less.  It’s an unspectacular but solid enough entry in this crowded genre.  At only $2.99 this game is worth a look for fans.