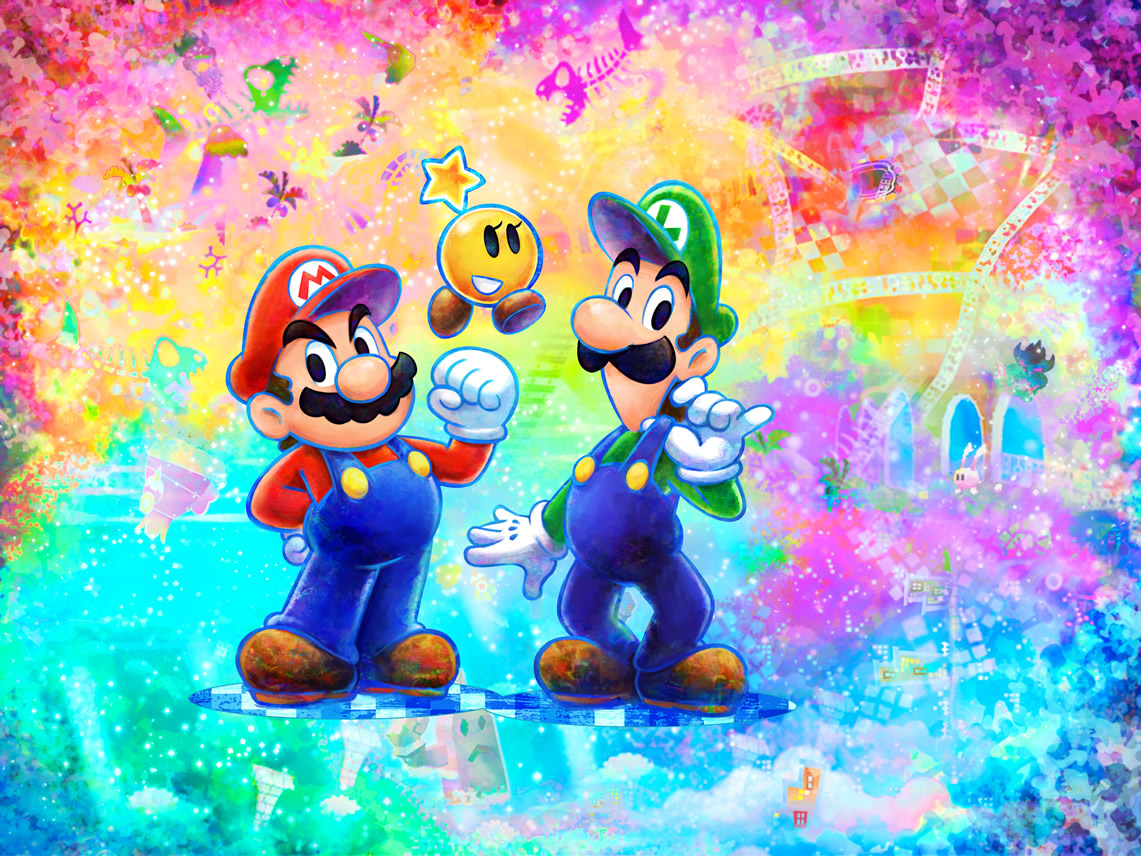 The Mario brothers are back in an all new adventure that features an interesting new setting–Luigi’s dreams. Mario & Luigi: Dream Team, as the title suggests, features characters and places that all deal with sleep. Luigi’s dreams are a focal point of the storyline but the game features several other references to sleep such as the Pill’o people and the nightmarish villain, Antasma. Being the Year of Luigi, there is an even heavier focus on Luigi this time around.

Mario & Luigi: Dream Team is the fourth installment in the Mario & Luigi franchise and the first to release on the 3DS. The gameplay in Dream Team is very similar to past games in the series and it shares many similarities to the previous title, Bowser’s Inside Story. In that game, players would alternate between playing as Bowser in the over world and as Mario and Luigi inside Bowser. Dream Team is very similar. Just replace Bowser with Luigi’s dreams and you’ve got the basic idea. Mario and Luigi must travel around Pill’o Island reviving the Pill’o folk by having Luigi sleep on pillows. These pillows act as portals to the dream world and allow Mario to enter his brother’s dreams. 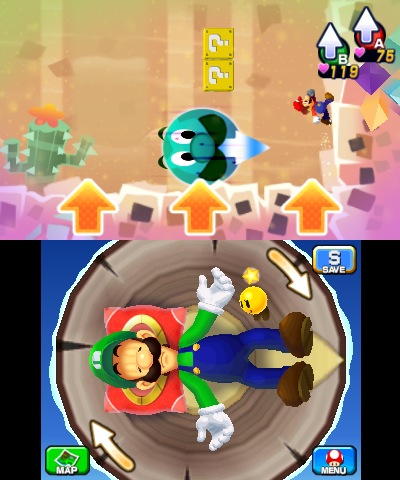 Players traverse the world in a 3D isometric view but the gameplay transforms into a 2D platformer once inside Luigi’s dreams. Again, if you’ve played Bowser’s Inside Story, this will be familiar territory. The dream world offers players a lot of options. First, players can interact with Luigi on the touch screen while he’s asleep. Everything from scratching his nose to pulling on his mustache affects the environment on the top screen. There are several unique and clever puzzles to solve using these touch interactions. Second, players get to use ‘Dreamy Luigi’ during combat in the dream world. Dreamy Luigi merges with Mario and boosts his attack power and his HP. There are also special moves players can learn in the dream world called ‘Luiginary Works’. These are powered up versions of the real world ‘Bros. Attacks’. Some of these Luiginary Works require players to use the touch screen or even the 3DS’ gyroscopic capabilities. The moves are very imaginative and can be executed easily when the player has enough BP.

Combat in Mario & Luigi: Dream Team is simply a blast. If you’ve never played a Mario & Luigi game before, you’re in for a treat. The game features many RPG elements but the diversity in the combat has no comparison. Players can dodge attacks, counter attack, and increase their attack power by coordinating their button presses throughout the battle. Instead of the classic back and forth attack system of past RPGs, Mario & Luigi games allow players a lot more interaction. If you’ve got great timing, you can come through a battle completely unscathed. The badges also make a return in Dream Team and there are even more ways to mix and match them for unique bonuses during battle. The combat is definitely the most diverse in the series so far.
Visually, Mario & Luigi games have always had a unique art style. When Dream Team was first announced, I was worried the jump to 3D graphics would mean the charm would be lost in the visuals. I can happily say that is definitely not the case. The characters are all based on the wonderful pixel art we’ve come to know and love, while the 3D environments are styled to complement them beautifully. It’s exactly what I was hoping for in a 3D version of a Mario & Luigi game. The over world is bright and beautiful, and the dream environments are fantastic.

Playing through Mario & Luigi: Dream Team is an absolute delight. I often refer to games that I really enjoy as ‘comfy’ games. No matter where I’m playing the game, at home, on the road, or on a plane; it just feels comfy. The music, the visual style, and the dialogue all add to that comfy experience. I would equate this comfy feeling to that of reading a good book. It’s hard to put down and you can read it in any environment and still be immersed. If you’ve never played any of the Mario & Luigi games, you’ll still enjoy Dream Team, but you simply owe it to yourself to play the other games in the series as well.

Mario & Luigi: Dream Team has some of the most humorous and witty dialogue in any video game. It provides a deeper look into some of the most famous characters from the Mushroom Kingdom. While Dream Team shares a lot of similarities in gameplay to Bowser’s Inside Story, it’s still a fun adventure for fans of all ages.

Mario and Luigi: Dream Team has some of the most humorous and witty dialogue in any video game.  It provides a deeper look into some of the most famous characters from the Mushroom Kingdom.  While Dream Team shares a lot of similarities in gameplay to Bowser’s Inside Story, it’s still a fun adventure for fans of all ages.