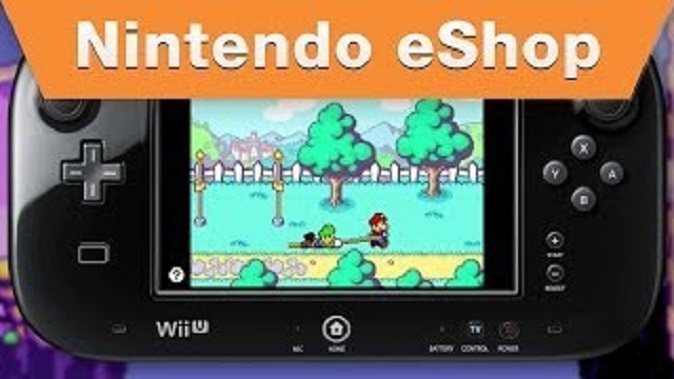 It’s been so long since I last played Mario & Luigi: Superstar Saga on the GBA that it feels like a brand new title on Wii U.  I’m glad in a way – it helps me shake off some of the nostalgia from Mario’s earlier console RPG games, Legend of the Seven Stars and Paper Mario.  This entry launched its own handheld series, which currently sits at four games (all developed by AlphaDream) and it can proudly stand on its own.

Surprisingly less linear than most RPG’s, this adventure occurs in the neighboring Beanbean kingdom.  It’s a fun and fresh setting that I don’t think has been revisited since, aside from small references.  The humor the series has become known for is in full force here, evident right from the start.  It’s full of many new, amusing, and unforgettable characters with lots of memorable quotes!  Spoiler restrictions and word count don’t allow me to get too specific, but you’ll enjoy discovering the world and its inhabitants (lots of cool boss battles!) including the new villain, Cackletta. 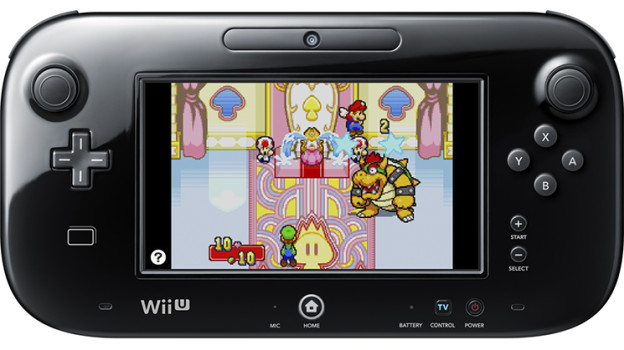 Being able to control Mario and Luigi simultaneously was a novel feature when this game first released, and it was great seeing Luigi get such an active role.  Past Mario RPG’s had relegated him to the background, but here he was able to costar!  This adds to the humor as repeated references make it clear that he’s very much in Mario’s shadow.  As the ‘Year of Luigi’ has now ended, I appreciate this game even more in some ways.  The gameplay is a hybrid of turn based and real-time, and some platforming skill will definitely be needed for this adventure.  Rather than overloading the game with traditional RPG trappings (excessive and dull level grinding, a plethora of stats, etc.) SuperStar Saga is effectively streamlined.  It’s still very much an RPG, but it’s much more accessible. 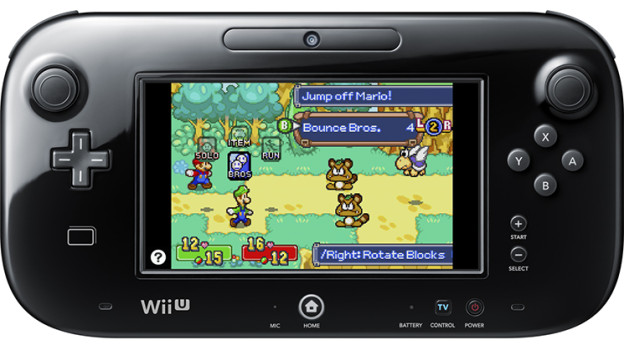 The audio/visual package shines in this game.  The excellent music blends remixed and new tunes.  It was composed by Yoko Shimomura (who’s worked on every Mario & Luigi RPG since) with support from Koji Kondo.  Meanwhile the bright and colorful visuals showcase large, well-defined, sprite work with entertaining cartoon style animations.  The locales of Beanbean kingdom allow for some welcome diversity in art as well.  The presentation looks and sounds good on the Wii U GamePad 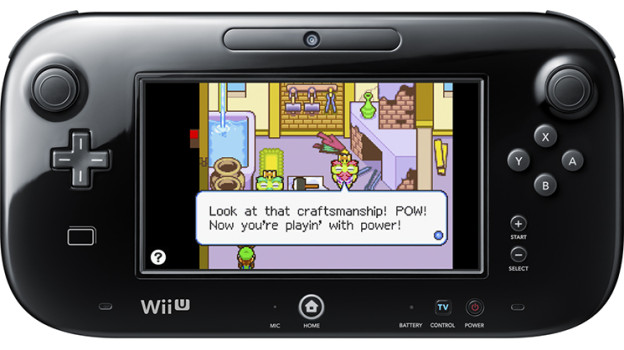 With the move to the Wii U Virtual Console, expected features are here like Miiverse support, and restore points (although regular save points are still numerous).  The ability to scan through the retro manual on the Game Pad is such a cool touch, I wonder why it wasn’t done sooner!  The rumble feature didn’t make the transition.  An enhanced version of the original Mario Bros. is included for a solid retro diversion.

For Mario RPG vets, Superstar Saga offered an ideal union of familiar elements with fresh ones, and its arrival on the Wii U is a very welcomed addition. This big RPG adventure feels at home on the Wii U, and I’m enjoying it even more now than I did on the GBA.  I hope the DS Mario & Luigi games will soon follow.