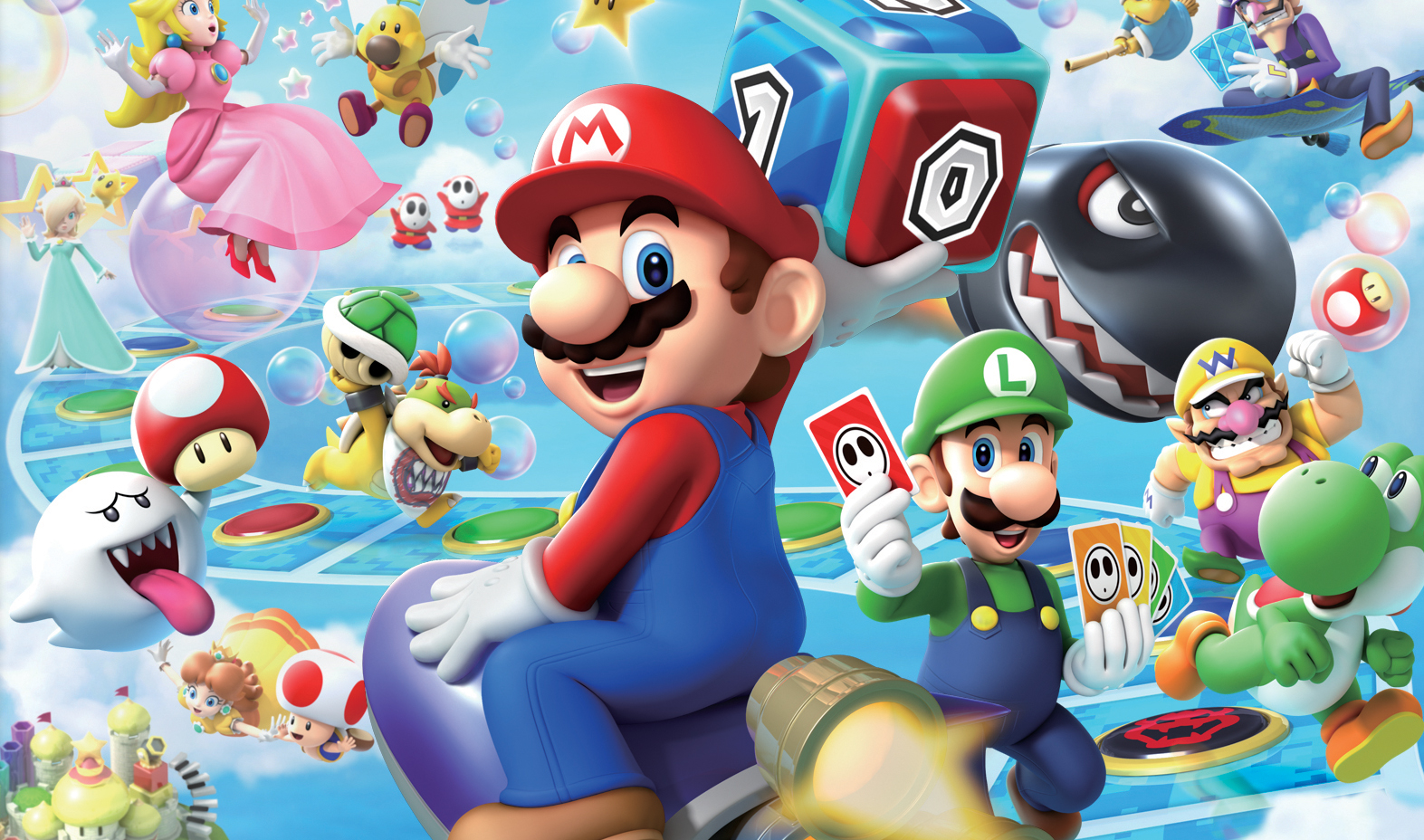 Mario Party games have been hit and miss with me since the days of the N64. I still remember staying up all night with friends playing copious amounts of Mario Party till the sun came up. This game is up there with Mario Kart in terms of ruining friendships.

Since Mario Party one to Mario Party nine, the formula has been the same. Collect coins, collect the most stars and play the occasional mini-game. Sure there is that old saying “if it isn’t broken, don’t fix it” but there is another saying, “variety is the spice of life”. The constant monotony of Mario Party games is particularly the reason why they drove me away in the first place. So I did approach Mario Party Island Tour for the 3DS with a bit of skepticism. Lets take a chance and roll the dice and see how this latest installment to the Mario Party franchise pans out.

If you’re a Mario Party veteran, it’ll probably be best that you forget most of everything that you’ve learned from the previous titles. Gathering coins and collecting the most stars is no longer the main objective. Your goal now is to be the first player to reach the end of the goal. Each board has their own gimmick that keeps things interesting making each one unique. The board “Perilous Palace Path” (say that five times fast) follows familiar Mario Party elements such as the use of items. Each item can give you the upper hand such as doubling your dice roll, swapping places with other opponents and more.

Banzai Bill’s Mad Mountain is by far the shortest board, but one of the most treacherous. Looking at the dice, the number six has been replaced with a bullet bill which can only mean trouble. Rolling the bullet bill will cause a banzai bill to shoot across a level of the board wiping out anyone in its path.  You can avoid danger by hiding in a cave, but it will take longer to reach the goal.

But getting to the final goal isn’t as easy as it seems. There’s always a challenge waiting for you such as rolling a high enough number to defeat a whomp, collecting enough mini-stars, landing precisely on the final goal spot and more.

The mini-games are still enjoyable and utilize the 3DS features such as the gyroscope as well as the touch screen. Sadly, there are no more 1 vs. 3 or 2 vs. 2 mini-games which I personally enjoyed from the previous titles. What’s also interesting is how mini-games occur. While some boards will start a mini-game after each player has their turn, some will wait 3 rounds till the next mini-game. This was something to get used to, but it was nice in some boards like Banzai Bill’s, that the pacing was not interrupted.

Also the rewards for mini-games have changed. In previous titles, the winner would receive 10 coins while the others received nothing. Not this time. First, second and third place winners will receive special bonus dice that will give them a higher advantage of advancing further in the board. Let me go ahead and say how much I love this idea as this makes mini-games all the more interesting, as even casual Mario Party players have the chance to win a prize.

One of the biggest factors about Island Tour is the download play. Having a full party of four players only requires one copy of Island Tour and a 3DS or 2DS for each player. This will let you play strictly mini-games or any party board with all characters selectable. No defaults here my friends!

My biggest problems with Island Tour are the small set of playable boards. Right off the bat there are only five selectable boards with one locked and another requiring up to three or four human players. Hopefully in the future, some new boards will be available via DLC but that has yet to be confirmed. Lastly, there is the replay factor. While as a single player I can go to conquer Bowsers mini-game tower, playing a board by yourself feels dull and less rewarding. But I suppose that goes without saying with other Mario Party games. The true experience is played with friends and with players needing only one game card to play, this is a title I recommend to friends who like to gather around for a good time on their handhelds.