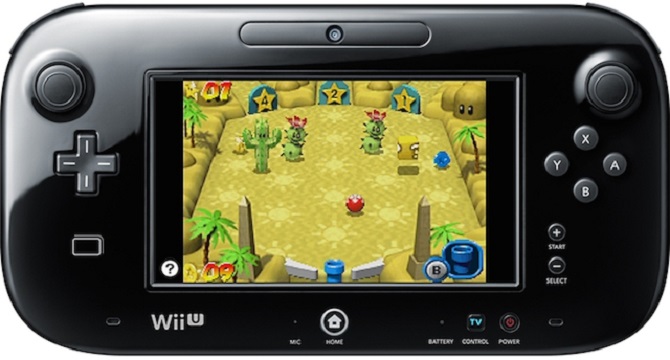 Nintendo released a few quality Mario led GBA ports in the fourth quarter of 2014, including Super Mario Advance and Mario Kart: Super Circuit.  Unfortunately Mario Pinball Land (Super Mario Ball) cannot measure up to them.  It’s a curious attempt at combining Nintendo’s premiere franchise with an arcade pioneer.  The famous plumber has successfully spun off into numerous other game styles, but here the results are less than expected.  Frankly, he feels shoehorned into the game.  This exemplifies Nintendo’s overreliance on Mario where another IP would’ve been more appropriate.  No matter the star billing though, this is just uneven as far as pinball games go. 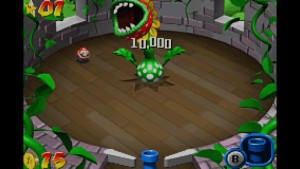 If you’re looking for tables with lots of clever and interesting targets, you’ll need to keep looking.  Mario Pinball Land has some of the most sparse tables you’ll likely ever see in a pinball game.  A few targets (usually moving) are often all there is.  Suffice to say this can make for frequently dull gameplay.  It’s hard to even give a definitive comment on the physics, when the table designs detract from them.  In fairness some imagination is still evident, and the boss encounters are memorable.  There just aren’t enough of the high points!

Boring design is one thing, but the game also artificially lengthens the experience.  Falling past the flippers for example can set you back, not just one but several tables!  All progress made on the upper ones will be cancelled out also, punishing you just as if you’ve lost the ball entirely.  Further if you’re in an area with multiple star doors, opening them all will suddenly make them all close!  Forcing you to repeat prior tasks over and over is a risky strategy, but even more so when said tasks aren’t that fun to start.  It’s not challenge it’s just frustration.  Restore points do make things slightly more bearable however, meaning Mario Pinball Land might be a better game now then when first released.  There is only one save slot though. 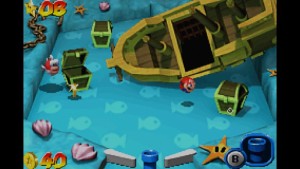 I do give the game credit for having impressive GBA graphics.  While they don’t translate as well to a High Definition TV compared to some other GBA VC releases, they still reflect a degree of care that some other areas of the game lack.  While dated, the colorful, detailed, Donkey Kong Countryesque visuals will bring a smile to the face of retro gamers.  This is an enjoyable game to watch … arguably more so than to play.

I also give credit that the developers (former Pro Pinball series devs) adjusted to the criticisms directed at this game.  They released Metroid Prime Pinball the following year for DS, and it addresses most of what Mario Pinball Land lacked.  If you are looking for an adventure/pinball hybrid proper, that is a game to look at.  Those preferring a more realistic pinball game can check out the devs DSiWare title Pinball Pulse: The Ancients Beckon. 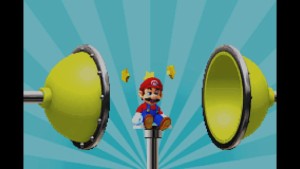 The problem with Mario Pinball Land is not that it isn’t beginner friendly it’s that it suffers from boring and uneven design.  It is a game missing focus.  And as such, it fell quite short of expectations.  Big fans of pinball will still find some entertainment with the game (I have) but everyone else may want to move it toward the bottom of their wish list if not skip it entirely.

The problem with Mario Pinball Land is not that it isn’t beginner friendly – it’s that it suffers from boring and uneven design.