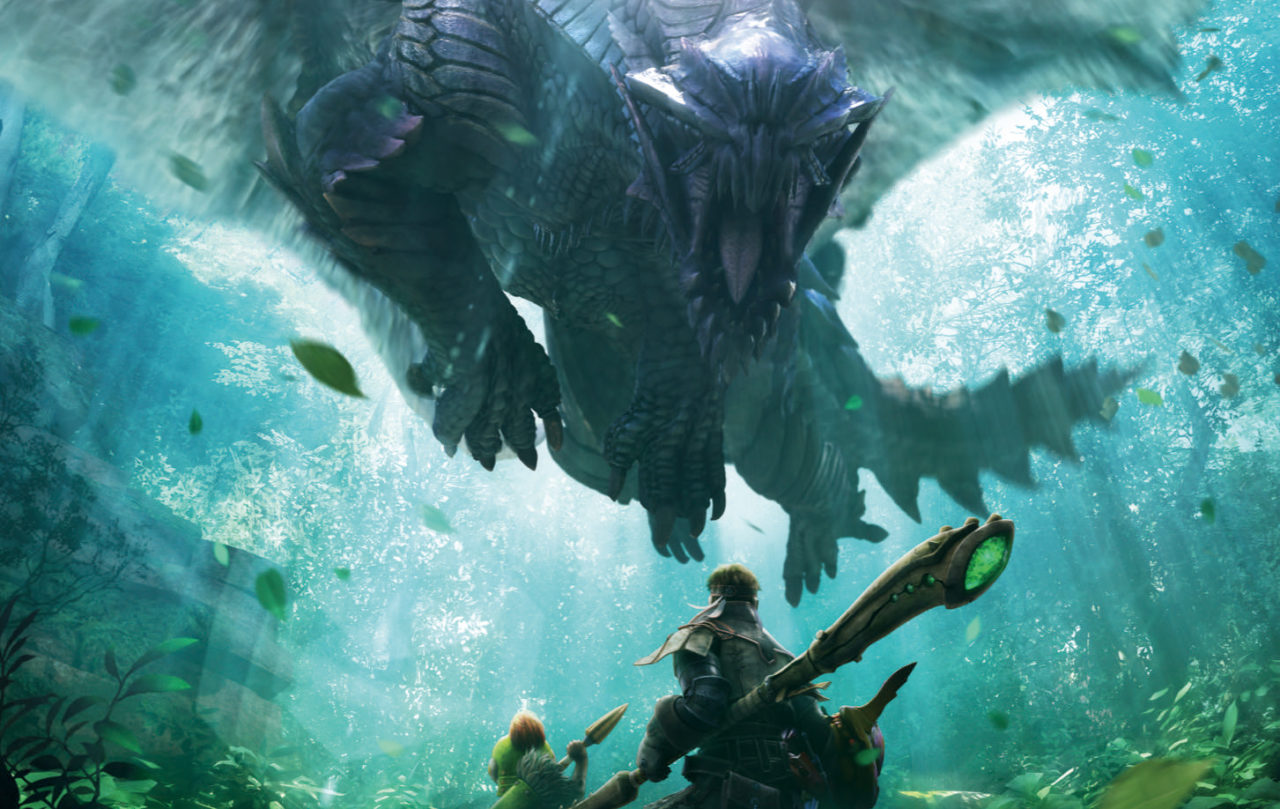 Monster Hunter 4 Ultimate is a large step forward for the Monster Hunter series.  Not only is it the first handheld Monster Hunter game with built-in online features, it also further enhances the gameplay by introducing new ways for players to traverse their environment.

The gameplay in Monster Hunter 4 Ultimate is largely unchanged from Monster Hunter 3/Tri but there are some notable differences.  To give a little background, my initial experience with the Monster Hunter series wasn’t until Monster Hunter Tri on the Wii.  I had heard of the series before, but didn’t jump into it until the Wii release.  For those who haven’t played a Monster Hunter game before, they can be a little monotonous at first not unlike a traditional RPG.  Instead of turn-based combat, Monster Hunter games employ a more free-form combat system where players can hack and slash at will.  There is obviously a bit more to it than that, but that’s the basic overview.  There are more than a dozen weapon classes for players to choose from each with their own strengths and weaknesses.  The first weapon I chose in Monster Hunter 4 was the Charge Blade, one of the new weapon classes in Monster Hunter 4.  It was definitely one of the stronger weapons to start off with but it was definitely not the fastest.  Some enemies can move pretty quickly and having to swing a huge weapon around was not as efficient.  I tried several other weapons before finally zeroing in on the Twin Blades.  The twin blades are extremely fast but don’t do a lot of damage.  To me, it was a good trade-off as it made the gameplay a bit more interesting and fast-paced.  One of the key differences between 3 and 4 is there are no more underwater areas in MH4U.  I was a little disappointed as it was a major new feature of Monster Hunter Tri, but I could see the reasons for excluding it.  The developers instead focused on further improving the traversal options on land.  Players can climb cliffs and even attack while jumping off of high ledges.  While the verticality is a great addition, I hope that Capcom will revisit the underwater combat in future games in the series. 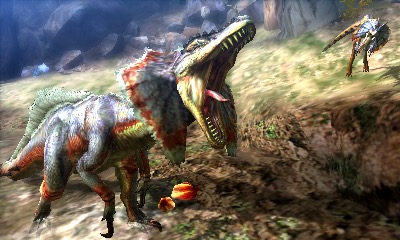 Just like Monster Hunter Tri, Monster Hunter 4 Ultimate focuses heavily on Quests.  The entire game is built around finding and completing a myriad of quests.  Some are simple fetch quests like collecting certain mushrooms or specific types of ore while others focus on yep…you guessed it, hunting monsters.  The game offers the typical targeting mechanics we are used to in other games which is a huge help especially if you don’t have a Circle Pad Pro or a New Nintendo 3DS with the C-Stick.  There is a virtual stick on the touch screen but it’s not the most ideal for long periods of time.  One of the unique aspects I enjoyed in MH4U was the cooking system.  Certain monsters provide raw meat that can be cooked using a portable roasting spit.  It’s all about simple timing where the player has to roast the meat for a given amount of time to get the meat just right.  If the player cooks the meat too long, it won’t provide as much energy.  It’s not a super deep mini-game, but I enjoyed the variety it provided.  In most RPGs, you would just be able to select to buy items rather than cooking or crafting them. 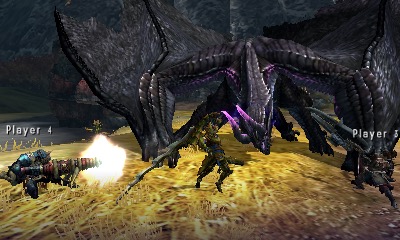 Moving on from the gameplay, the presentation in Monster Hunter 4 Ultimate is very impressive.  I played the entire time on my regular 3DS XL and it looked and ran beautifully with or without 3D turned on.  For those who purchase the New Nintendo 3DS/XL, the game looks to provide even more detail in some textures and in-game shadows (which just further sweetens the already great visuals).  While a game like Monster Hunter would look even better on a console, it’s really amazing what Capcom has been able to do on the 3DS.  At no point did I feel the graphics detracted in anyway from the experience. 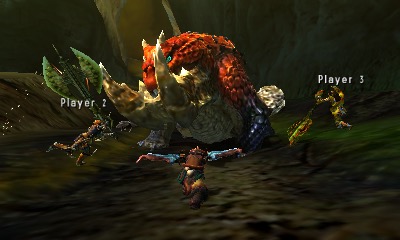 Playing with friends is probably the most important aspect about Monster Hunter games.  The very basis of the game is solve quests and team up with allies along the way.  With Monster Hunter 4 Ultimate, players can team up locally or online to tackle stiff challenges or just hang out in the Gathering Hall.  It has a robust set of online capabilities and also uses Streetpass to send quests, Palico companions (cat-like creatures that help on quests), and guild player cards.

There is really a lot to Monster Hunter 4 Ultimate and I really just highlighted the main points.  Players will find a tremendous amount of depth in the weapons and combat especially as the game progresses.  If you are looking for a game that will provide hours upon hours of solo battles as well as some deep multiplayer quests, Monster Hunter 4 Ultimate is your ticket to a great time.

If you are looking for a game that will provide hours upon hours of solo battles as well as some deep multiplayer quests, Monster Hunter 4 Ultimate is your ticket to a great time.