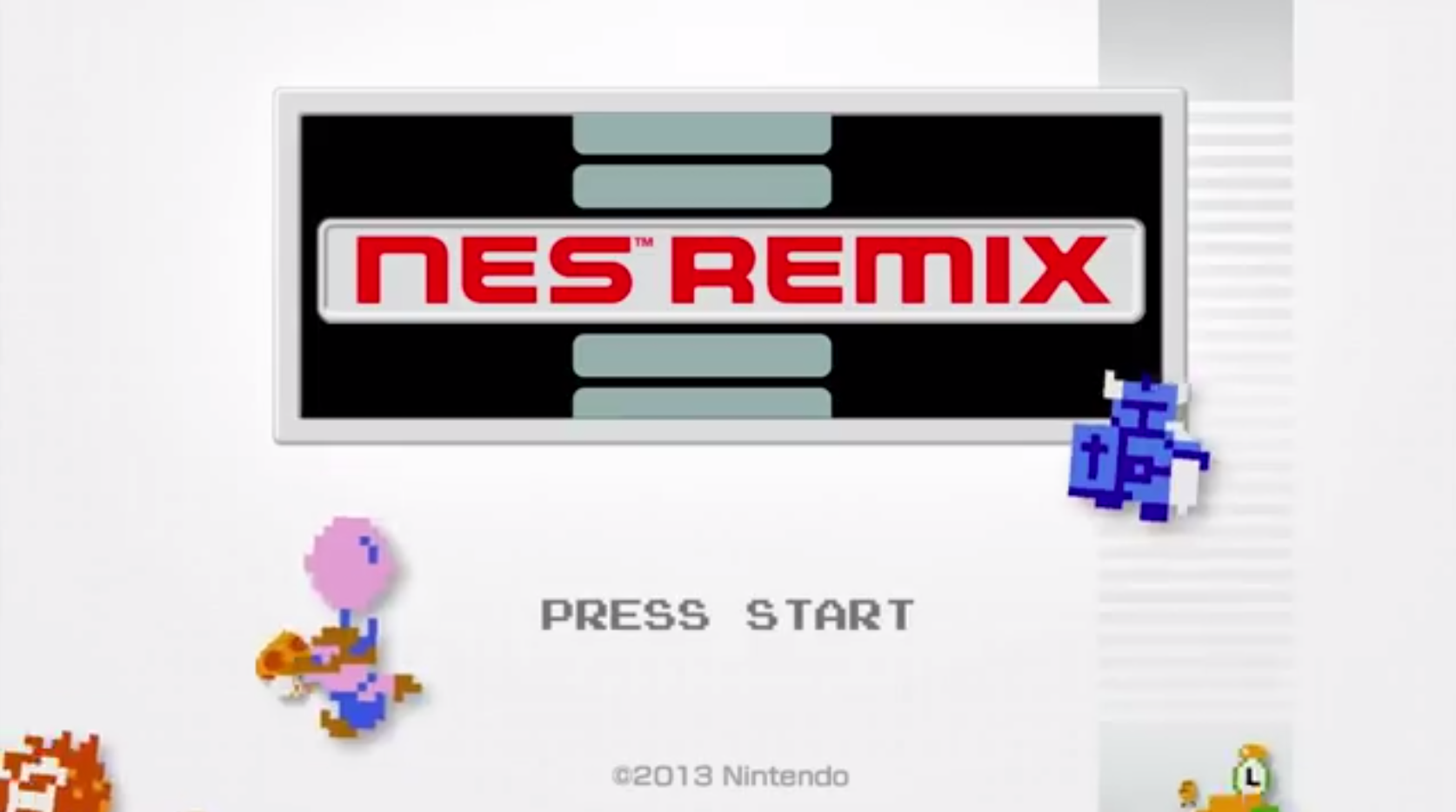 A surprise release from Nintendo, NES Remix presents a large series of mini-games from Nintendo’s 8-bit days.  NES Remix serves as both a good party title, as well as an introduction to NES classics for those who did not experience these titles growing up.  The types of games you will see in NES Remix will feel familiar to veterans of the 8-Volt stages in the WarioWare series.  The games are fairly short, with the playtime rarely exceeding a few minutes.  In total, there are about 200 mini-games to unlock; some easy, some incredibly difficult.  Despite the sheer number of games, the formula is kept fresh, especially with the Remix Games.  Nintendo has found a a surprisingly large amount of things to do within a simple collection of NES classics. 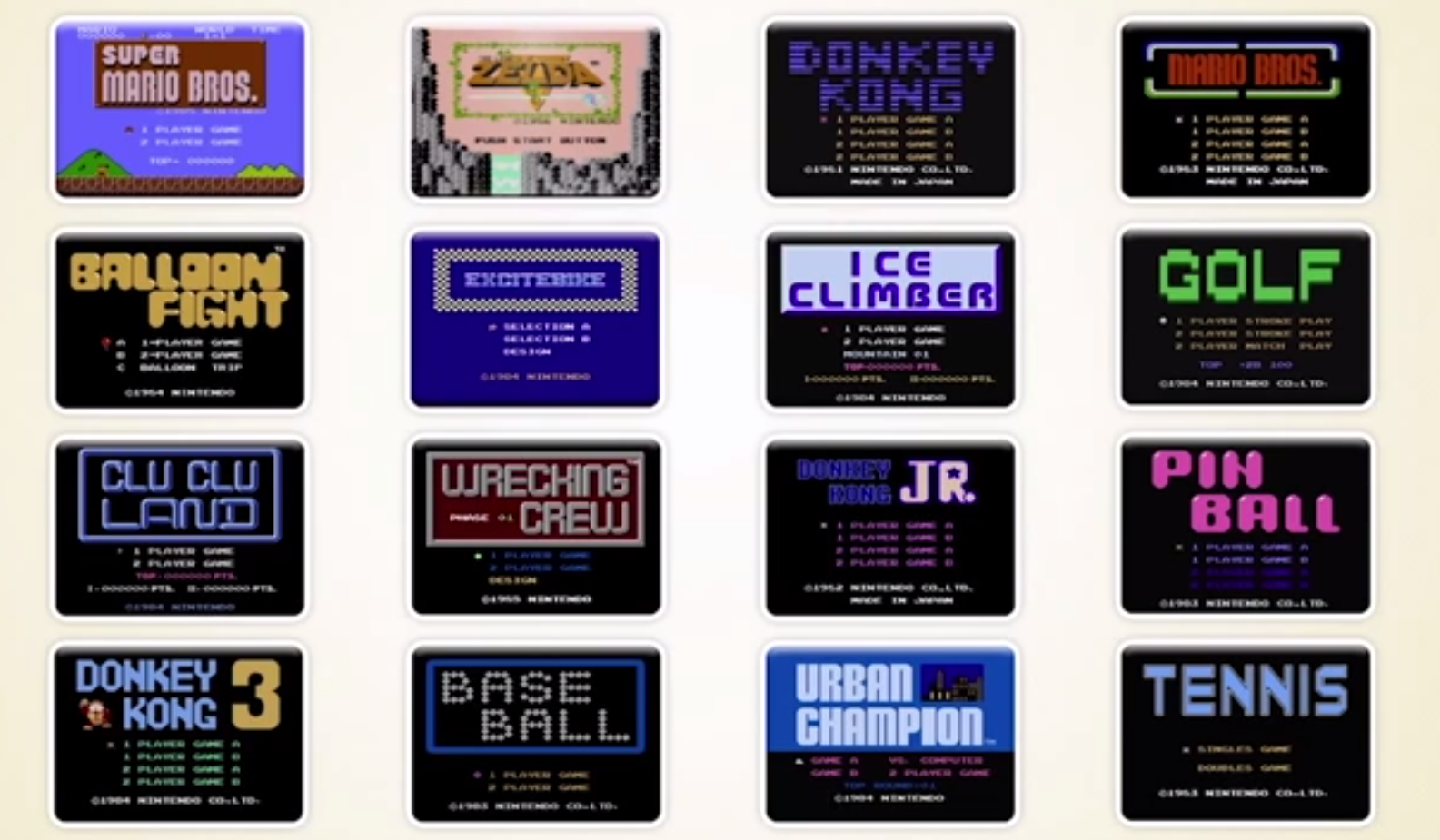 At first glance, you would not think NES Remix is worth your fifteen dollars.  First opening up the title, you are presented with only one Remix Game.  After beating that one game, an entire library begins to open up, with new NES titles unlocking with every thirty stars you earn, and new Remix Games unlocking with every five-to-twenty stars you earn.  There are 600 stars in all, with rainbow stars awarded to especially skilled players.  Besides stars, players can also earn stamps for every 500 points, for a total of 100 stamps, so completionists will find themselves sinking more than a few hours into NES Remix.  Unlike stars, stamps are incredibly easy to earn.  Completing mini-games for the first time will usually net players 100 points, with extra points being earned depending on player performance.  On certain days, some games will even give players the chance to earn double points.

For anyone growing up in the 8-bit and arcade era, the NES games are exactly how you remember them, controls and all.  What you are getting from these games is a sort of “grand tour” of the classics.  Levels will teach you tips and tricks you can apply to the NES original, such as the infamous infinite 1-up trick in Super Mario Bros.  You will even find yourself beating various bosses of some of these classics.  The difficulty curves of these NES collections are not steep; to the newcomer, these mini-games may make the classics feel a bit more welcoming than if they just jumped right in.  The first few levels of the NES games focus on teaching the player basic mechanics of the game, so they are not very difficult.  Despite the way NES Remix eases you into the game, some younger or more impatient players may not be able to tolerate the unforgiving controls of these classics, especially for the hit-or-miss platforming of “Ice Climbers”.  With exception of the remix games, levels in the NES classic can be unlocked even if you fail certain mini-games, so don’t worry if you hit a wall on the NES classics. 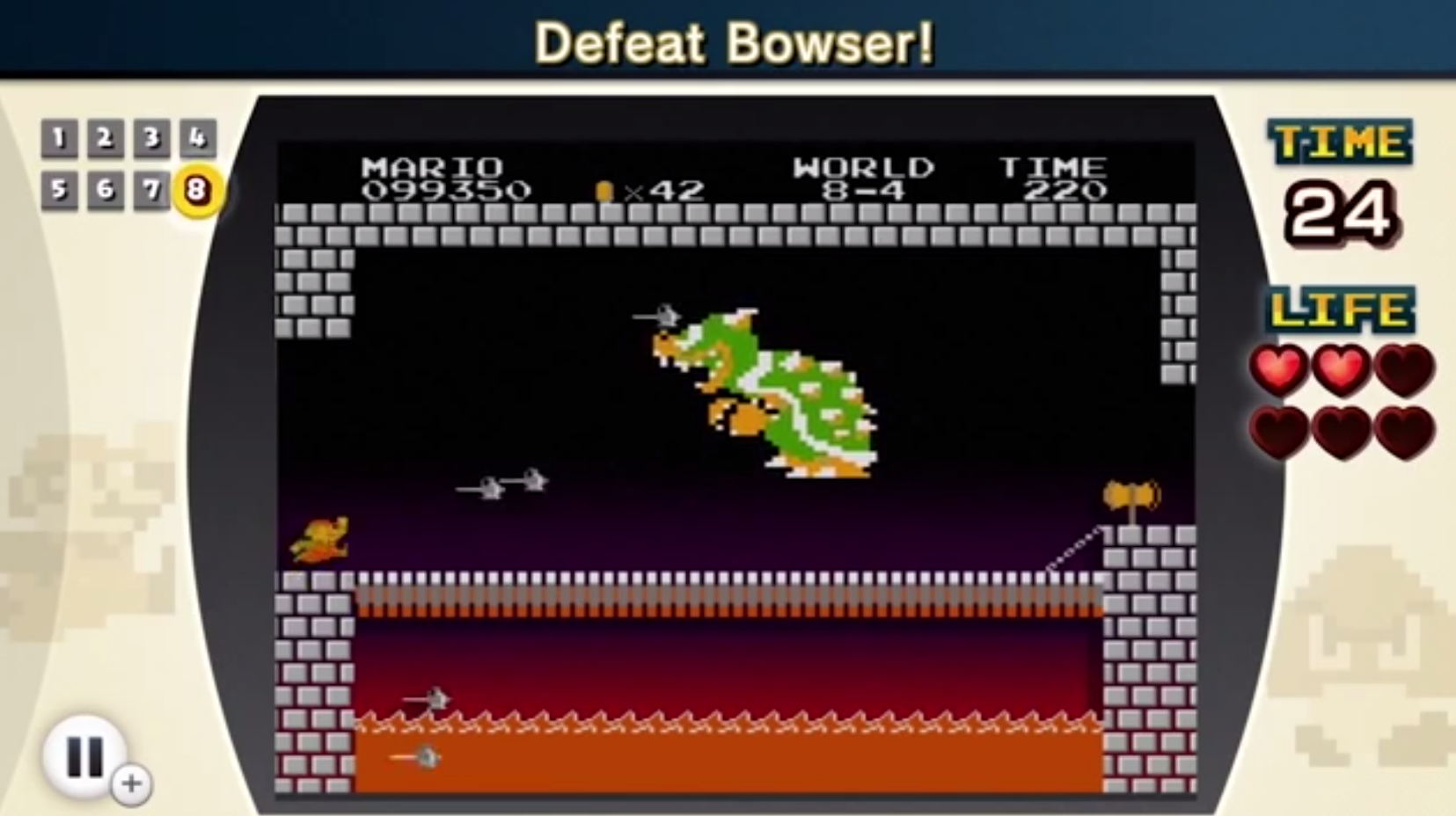 While the NES games serve as an interesting challenge to veterans and newcomers, it is the remix levels where the true fun can begin.  Unlike the NES games, most of the remix games demand that you are very familiar with how these games’ mechanics function.  The games will often present simple goals, such as “get to the goal post” or “defeat ten enemies”, but will throw strange curveballs such as making platforms invisible, or zooming out the action until your character is the size of pixel.  While a lot of the same twists are recurrent throughout the remix games, there are still plenty of new twists in these games to keep player guessing.  Unlike the linear progression of the NES difficulty curve, Remix Games will bounce back and forth from simple to difficult, with some of these games requiring exact precision and split-second timing. 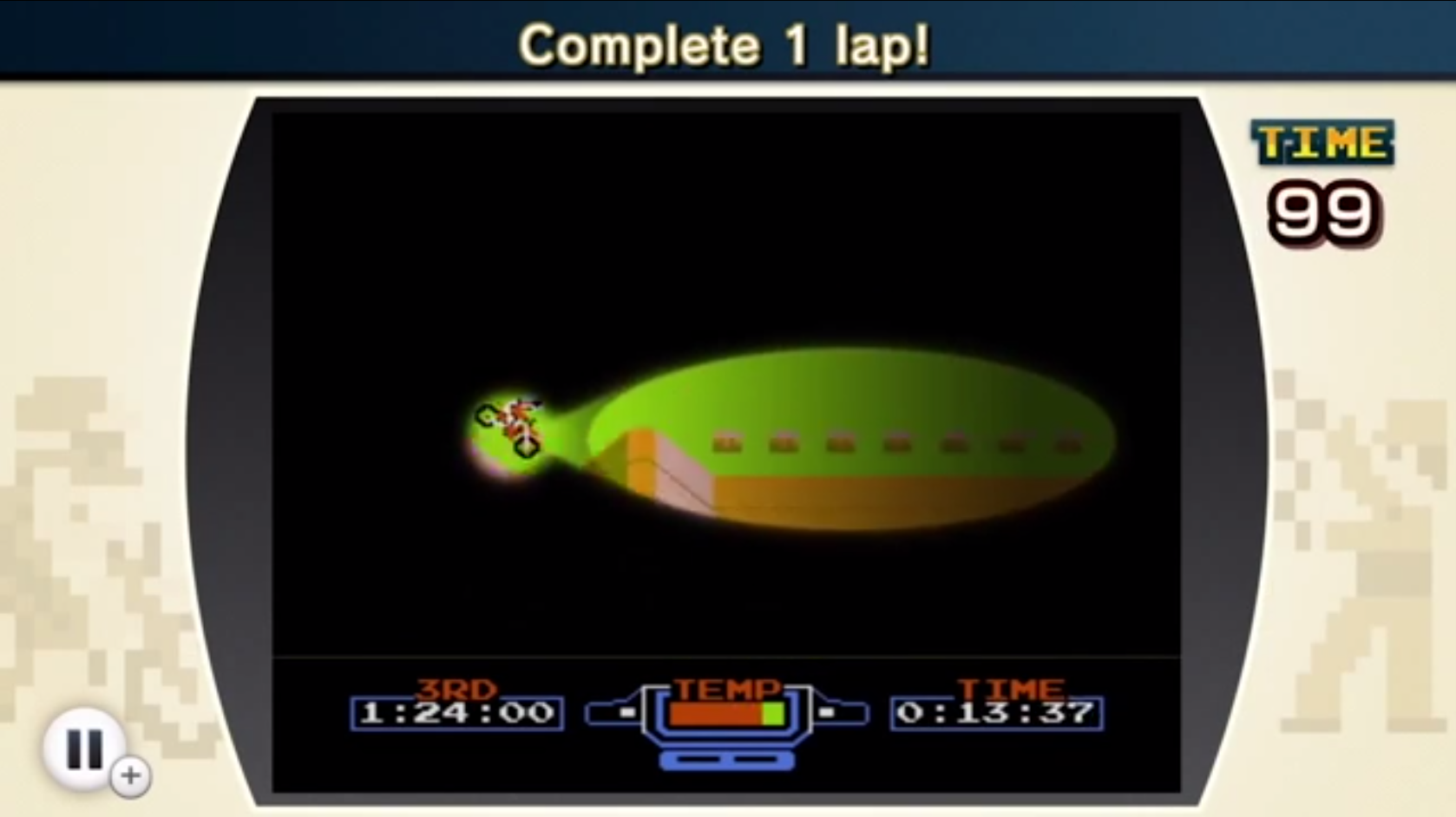 Each of the games in the NES Remix collection are games which can currently be purchased in the Wii U eShop.  A small icon in the bottom left corner of the selection screen will take you to the eShop screen of the game that is currently highlighted.  At no point will NES Remix ask you to buy a game unless you prompt it.

Despite the heavy difficulty of some of the remix titles, I was able to burn through the majority of the challenges presented, leaving the total playtime of the entire game a bit short.  This also leads to the largest issue with NES Remix: Its lack of replay-ability.  After mastering the mini-games, a rarely had a desire to revisit them.  Rather, I had more of a desire to play the full NES title the mini-games are based on, which I suspect is one of Nintendo’s motives for launching this title.  What remains of the game is best left for party settings, challenging family and friends to complete the various games in NES Remix.

With the way this game is presented, from the quick challenges, to its connection to the Nintendo eShop, I would be disappointed if we do not see any DLC in the future based on upcoming Wii U Virtual Console titles.  Focusing on the here and now, NES Remix is a competent title that caters well to both gaming newcomers and veterans.