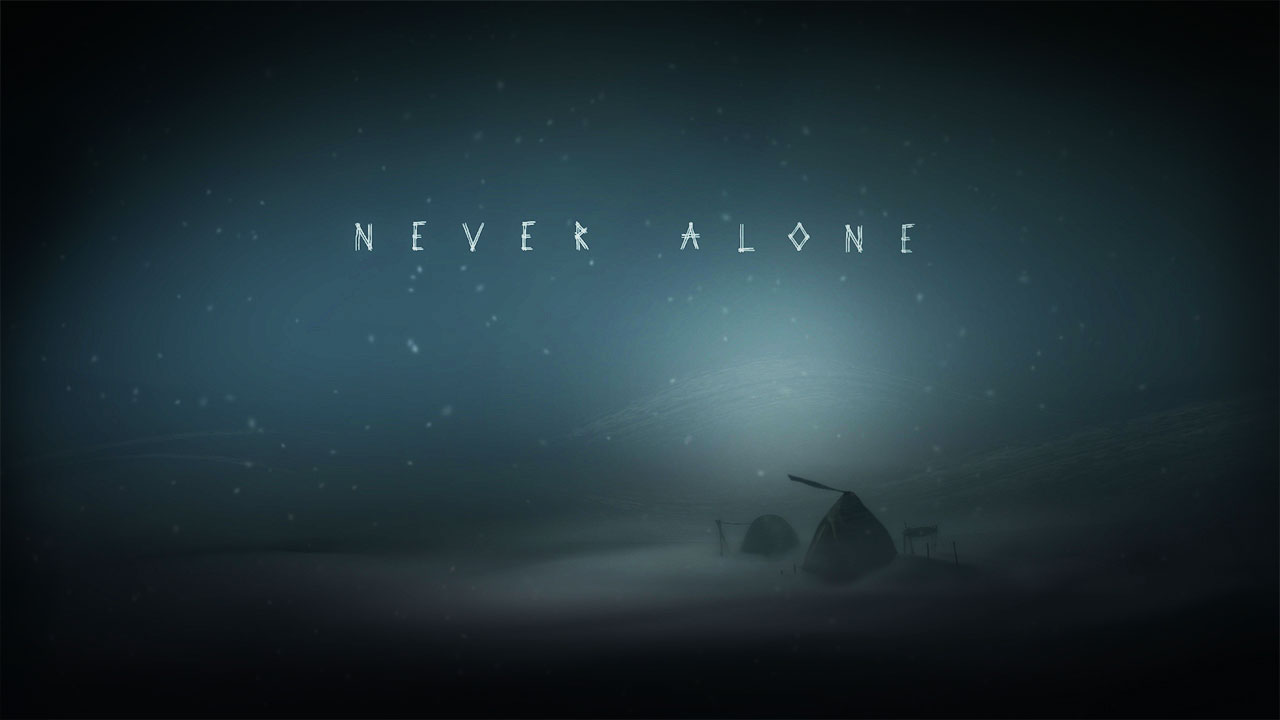 Never Alone is a game that sets out to tell its story in a unique way. With the aide of nearly 40 Alaskan native elders and community members, Never Alone is a modern re-telling of an original Iñupiat story passed down through generations. Using the rich cultural history of the Iñupiat people as a backdrop, Upper-One Games, along with E-Line Media, have developed a game that draws you into its snow covered world with its beauty and unique atmosphere. Now, a year after its initial release, the game has finally made its way onto the Nintendo eShop. 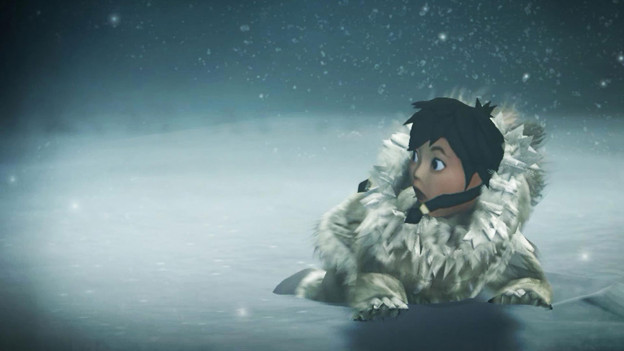 Like many Indie titles, Never Alone is a puzzle-platforming game that has you making your way from left to right, as you solve environmental puzzles and avoid danger similar in style to the Indie title Limbo. What makes Never Alone unique, however, is the way it tells its story. Using an art technique inspired by Scrimshaw, an Iñupiat engraving method used to record images to aide in storytelling; Never Alone’s tale is told in the original Iñupiat language with English subtitles as you are treated to the beautiful scrimshaw artwork in game’s cut scenes. 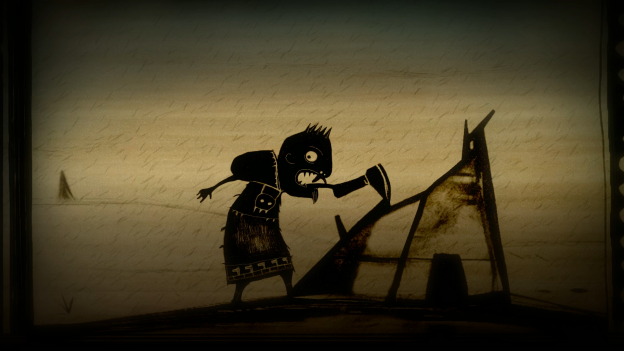 The story itself is simple; the game begins with a young Iñupiat girl known as Nuna who has set out to explore the Alaskan wilderness to find the source of a never-ending blizzard that threatens the livelihood of her village. Along the way, Nuna meets a helpful arctic fox, and the two of them work together to navigate the frozen tundra in order to save the day. While you’re making your way through the game’s atmospheric world, you’ll be able to find snow owls hidden throughout the chapters of the game, and finding them will unlock cultural insight videos. These videos take the form of short documentaries, and each one teaches you more about the environment and visuals you are taking in, immersing you more into the cultural behind the game’s design. You can even watch the videos in-between chapters, and I found this to be a great way to reward myself for clearing a chapter before seamlessly heading onto the next one. 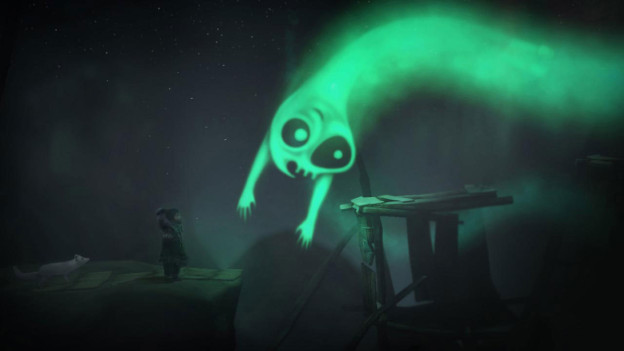 While you may think exploring the artic would be rather dull in the visual department, the game does a great job of providing you with some interesting places to trek through. You’ll encounter frozen plains, snow covered forests, and underwater caverns to name just a few of the environments you’ll find yourself in. The game’s visuals are beautiful to look at, and the colors, sounds, and characters create a wonderful atmosphere to get lost in. While the game has a limited soundtrack, the sounds of the environment serve the game far better than any musical score could hope to achieve. 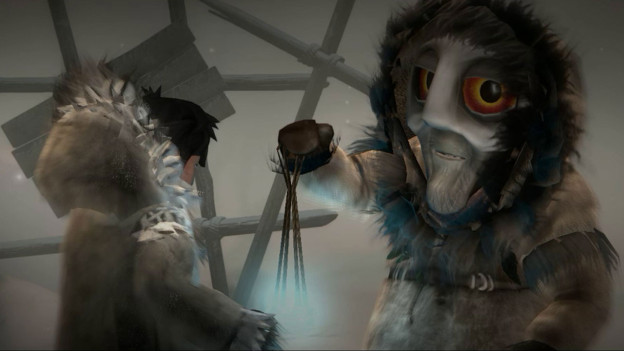 Game play will have you switching between Nuna and her Fox companion in order to solve the puzzles you will face on your journey. Nuna is able to push and pull blocks in order to solve puzzles, and her weapon of choice, the bola, is used to smash through weak walls of ice and to activate “switches”. The Fox, on the other hand, is able to squeeze through small holes Nuna can’t get past, and he is able to scramble up walls. Wall jumping is also included in the Fox’s arsenal, and he is also able to manipulate the spirits that inhabit all manner of objects within the game, which can be used as platforms for Nuna. 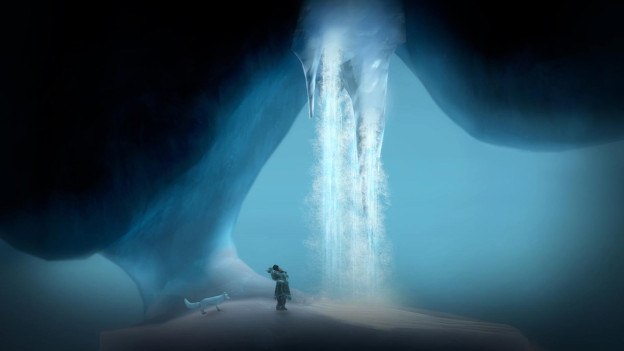 The game itself isn’t particularly difficult in regards to its puzzles or platforming, but some players may find themselves frustrated in certain areas during the single player mode due to the computer controlled character’s AI being questionable at times. If either the Fox or Nuna are lost, even due to the AI sending your character towards certain death, you’ll find yourself restarting at the nearest checkpoint. Luckily, the game is generous with its checkpoints, and swapping between characters is as easy as tapping the Y button. Even though the game may require you to babysit both characters at times during the high action sequences, for the most part, the AI will do its job just fine. 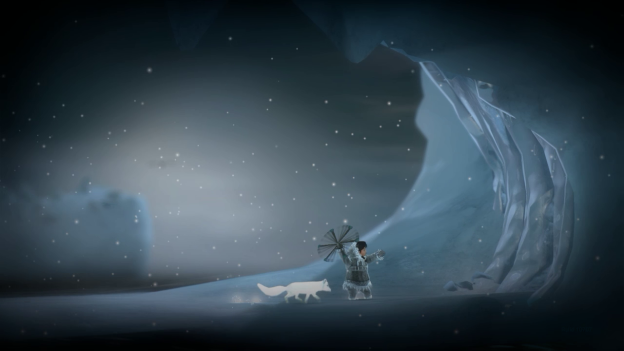 It’s important to note the game has a two player co-op mode, with each player taking control of one of the characters, and this is a great way to share the game with someone after you have played through the game’s rather short story yourself, thus adding some light replayability.

If you’re on the fence about whether Never Alone would be a good fit for you, there is plenty for you to consider. While the game is short enough to be beaten in one sitting (my first play through took a little less than four hours), and at certain points the game may cause frustration due to the glitchy AI, the game still has a lot to offer. Never Alone’s main goal is to tell an interesting story while educating you about the people and legends that inspired it. In this regard, it definitely succeeds. The cultural insight videos have a lot of effort put into them, and they are great unlockables that paint a more elaborate picture of what is happening in the game, while the visuals create an intriguing atmosphere that is desolate, beautiful, and mysterious all at once. 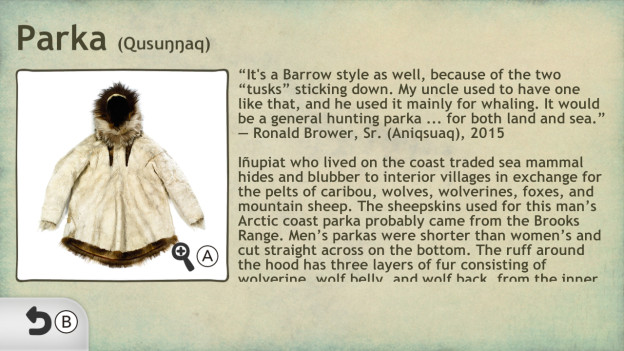 The Wii U version even offers HD photos of various Iñupiat artifacts for you to view coupled with interesting info about them. It may seem like a novelty at first, but you are able to zoom in quite close in the photos, and you can take in all the tiny details just like you would be able to at a museum. If the idea of a more story driven game that educates you about the culture that inspires it sounds interesting to you, I’d recommend taking the plunge and spending the fifteen bucks on it. If you don’t do well with platforming puzzle games that give minimal direction to the player, or the occasional glitch from the AI sounds like it would frustrate you, then wait for this indie title to drop in price before giving it a chance.

The game does an incredible job of telling an unique story and educating the player on the culture that inspired it in a fun way, but the short game length and the occasional glitch from the AI may be a turn off for some.