One look at these screenshots makes it easy to see the Super Monkey Ball influence.  There are no primates or bananas here though – In this case you’re controlling a penguin, Percy, trapped in a mysterious object on his quest to collect fish and free himself.  Story is pretty nonexistent, but for this type of game it isn’t really needed.  It does what little it has to, which is setting up the puzzle platforming gameplay. 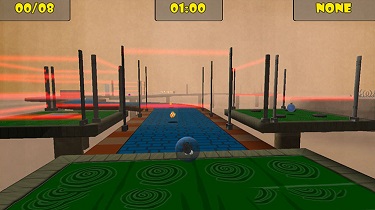 The game has 80 levels, spread across six different themes.  The themes are comfortable fare that we’ve long grown to enjoy (snow, desert, etc.) but the actual layout of the levels shows creativity. Although some patterns do repeat, there’s a good mixture overall.  Basic paths will soon give way to maze like areas for instance, and progressing along level surfaces will turn into climbing great heights or descending stair like platforms.  When you throw in collectibles precariously  placed next to fans which will send you careening into the void, or rotating laser gates that’ll shatter you on contact, there’s more than enough creative variety to hold your interest.  The difficulty spikes on certain levels are usually balanced by easier courses following.  Powerups to boost Percy’s speed or make him jump high allow for some clever design and platforming  too, especially on the levels that eliminate any margin of error.  As new elements are introduced they’re explained in game as there is no real digital manual.  I’ve found making progress is very addictive. The fact that you can access all levels from the start, playing them in whatever order you want is a huge plus! 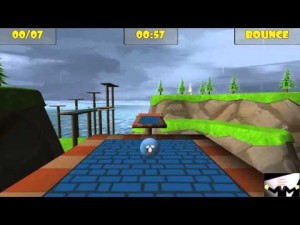 There are some disappointments when it comes to levels however.  If only it were easy to keep track of what you’ve completed – the game doesn’t even check off finished levels to indicate you’ve already done them! The only way to keep track is looking at best times, only accessible through a separate menu which needs to be to loaded up, is slow to scroll, and may actually start scrolling partially down the list.  Certain levels won’t even record a time at all, making it appear that you’ve skipped them even if they’ve been beaten them multiple times!  Oversights like these seem like they should be an easy fix, so I hope the designers are aware of these things and that the next patch brings some kind of improvement to marking levels, and eliminating small bugs in general. 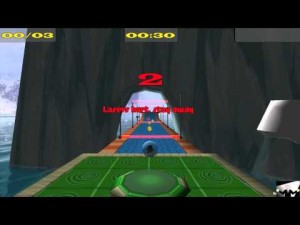 This game’s visuals are very dated.  If you’re looking for graphics that reflect the Wii U’s strengths you’ll need to keep looking.  Nevertheless the somewhat spartan appearance is clean and colorful, and there’s some nice effects such as the water in the grassland courses. The levels have real depth, making me wonder how this game might look on the 3DS.  Though certainly weak by modern standards the visuals have managed to strike a nostalgic chord with me.  As far as audio goes, there’s a variety of musical themes that play during Percy’s travels.  The music seems a bit subdued for my taste – I’m not sure if it’s just lacking in volume or if the sound effects are overpowering.  An option to just listen to the tunes would’ve been welcomed.  In any event the tracks are diverse, and thankfully don’t annoy even when replaying levels over and over. 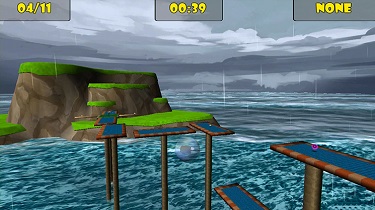 And you’ll be replaying levels for sure – as mentioned, this game has some challenging difficulty spikes.  Unfortunately the difficulty doesn’t always seem balanced.  It’s not an issue with control per se – though very sensitive, they’re pretty responsive.  My concern comes with the strict time limits.  Each level needs to be finished quickly (typically in a minute or less) and it’s when you’re forced to rush that the loose controls seem even more slippery.  Trying to maneuver a narrow walkway and adjusting the camera for an ideal view (which also alters speed) while keeping one eye on the obstacles and collectibles, and the other on the rapidly advancing clock … it might be a bit much. 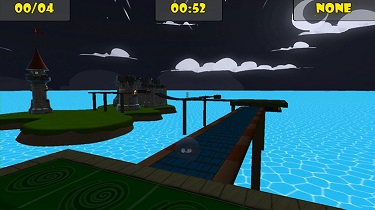 My one wish for future updates of this game is the elimination of the timer in its present state.  It could be very fun if used to earn medals or trophies based on completion speeds.  But for times when I simply wanted to scan the levels, look at the scenery, or just experiment with different routes, the timer detracted more than anything, bringing little to the table except disappointment.  Thankfully when gyroscope tilt controls arrive in a future update (being worked on right now) it’ll necessitate changing the time structure, a change I’m very much looking forward to. 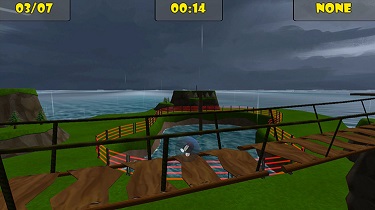 With promised free DLC, I’m confident Percy’s Predicament will see improvements and polish.  When the new content arrives we’ll probably take another look at the game.  But even as is, this is a satisfactory offering that’ll most likely appeal to retro minded gamers like myself who can tolerate quirks in exchange for fun.  Its low price ($5.99) may make others give it a look as well – it might grow on you.  I consider this game a work in progress from a small development team (it was made by just three people) and a fun one with lots of potential.  I am fond of this game, quirks and all, so consider giving cute little Percy a chance.