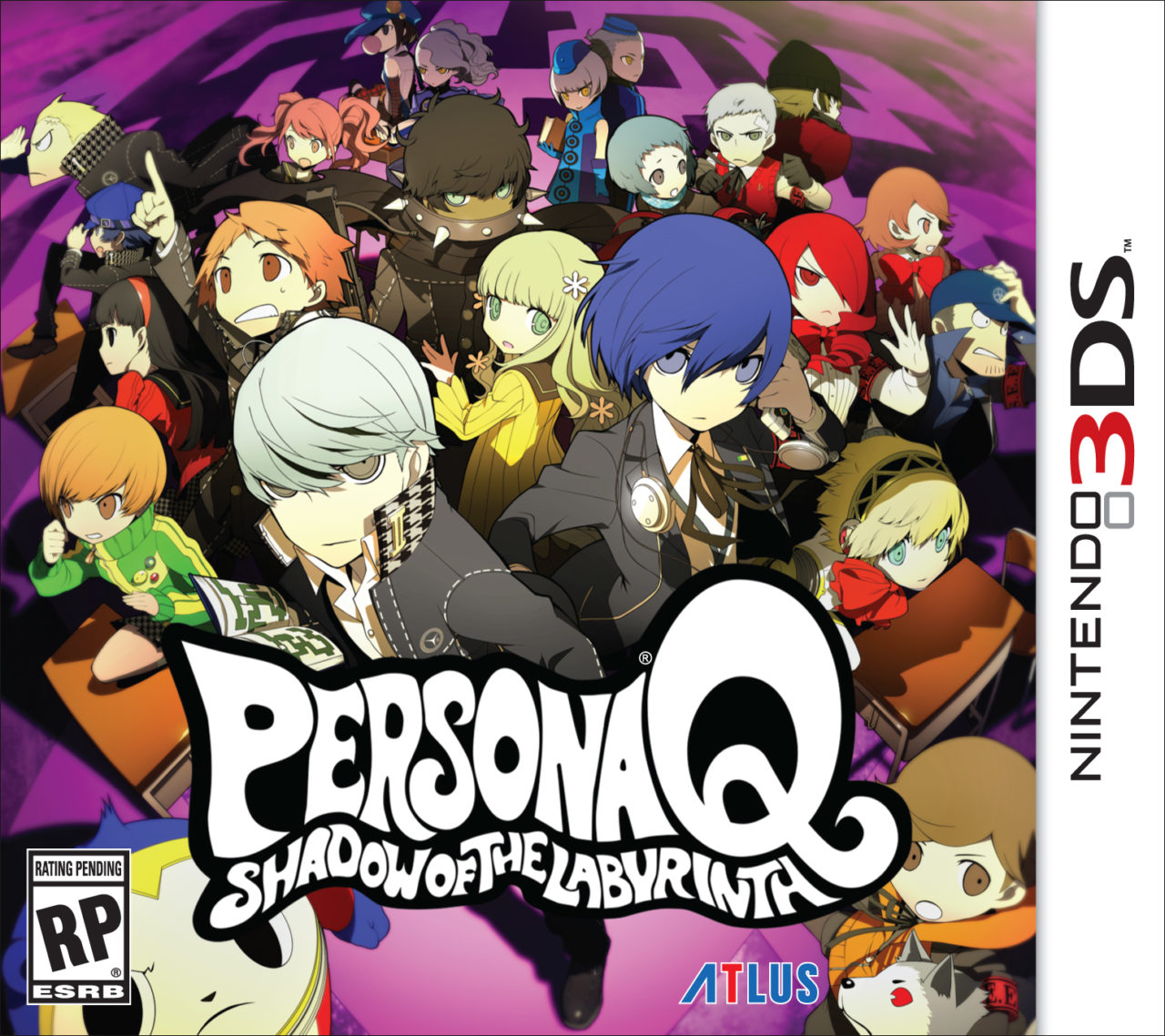 A wise man once said, “I have no idea what’s going on.” This may be the best way to sum up my Persona Q: Shadow of the Labyrinth experience. Persona is an extremely popular franchise, and Q is the first time the Atlus JRPG series has graced a Nintendo system. Please keep in mind, this is my first time diving into the series so if I come off as a neophyte, it’s because I am one–at least when it comes to Persona. Mind you, it doesn’t mean my time with the game wasn’t great.

At first glance, the game is clearly aimed at gamers who’ve played Persona’s past offerings. When starting a new game, you’re given the choice between playing as the cast of Persona 3 (including Makoto, Yukari and Junpei) or Persona 4 (Yu, Chie and the adorable Teddie) with almost no explanation as to their character backgrounds. Not that I’m complaining. When it comes to RPGs of all strides, less text is more. 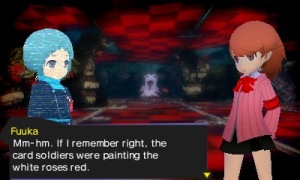 The story starts off with an incredibly convenient culture festival, no doubt the easiest way to get the cast and characters from multiple Persona games in one place. Again, expediency is key. The quicker I can get into the actual game, the happier I am. For those of you who don’t play games–even RPGs–for the story, the game offers a handy fast-forwarding system any time text comes up. Attention all devs: copy this function. I can only imagine what Mario and Luigi: Dream Team could have been with this handy addition.

Not that you’ll want to skip everything, but having the option is always welcomed. Cutscenes were animated beautifully, and while skippable, my eyes were glued to the screen any time one came up. The chibi-styled graphics are pretty polarizing, but a design I’m quite fond of. Even ferocious enemies encountered were cute, and there’s something unexplainably awesome about that.

Q blends the world of Persona with the dungeon crawling system from Etrian Odyssey, another Atlus RPG series. The game pits your Specialized Extracurricular Execution Squad (SEES) in different labyrinth mazes with multiple floors, pitting you against enemies with a very simple battle system that you’ll either be very familiar with or learn easily after a few battles. 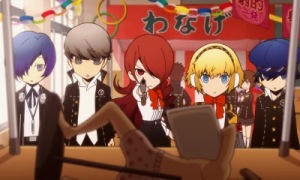 Using the map to mark your way makes exploring entire labyrinths quite easy. The game comes with plenty of marker options to personalize your map a handful of ways which is a function I hope other dungeon crawlers copy in the future. Trust me, you’ll be diving into and diving out of labyrinths a few times, even if you’re a seasoned Persona veteran, and an easily edit-able map is a welcome addition.

The battle system, as stated previously, is incredibly easy to pick up. It works on a “Boost System.” Most every enemy has a weakness or two. Attacking them gives the attacking character a “boost,” which will not only allow you to attack in the next turn without wasting any SP, but if you perform enough of them, your entire team will rush the enemy in a cartoon-y cloud full of “Whams,” “Bams” and “Pows.”

Simple as the battle system is, you won’t be able to escape the “grind” that comes with most RPG titles. The pace of leveling up isn’t terrible though. Most of the time you’ll be prepared to enter new labyrinths with little to no grinding (depending on the difficulty level chosen, of course). Still, the usual explore, fight, collect, sell, buy, equip and repeat pattern is one you’re going to want to play out over and over. I’ll trust you’ll believe that it’s not at all a painful experience. 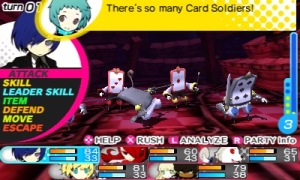 A facet of the game I found most fun was finding and acquiring new Personas. In especially well-played battles, you’ll be granted a new Persona, which you can have your characters equip to boost their levels and grant them new attacks. These little beasties can also be fused together to form even more powerful Personas. Admittedly, I found myself digging deep in all labyrinths for new Personas to hoard and fuse together.

For a Persona first-timer, my experience wasn’t too shabby at all. There were plenty of additions that made the run a painless one for a newbie. Still, the game is clearly one of the biggest pieces of fan-service for veteran fans. Persona Q is recommended to those looking to jump into the series and old fans alike.