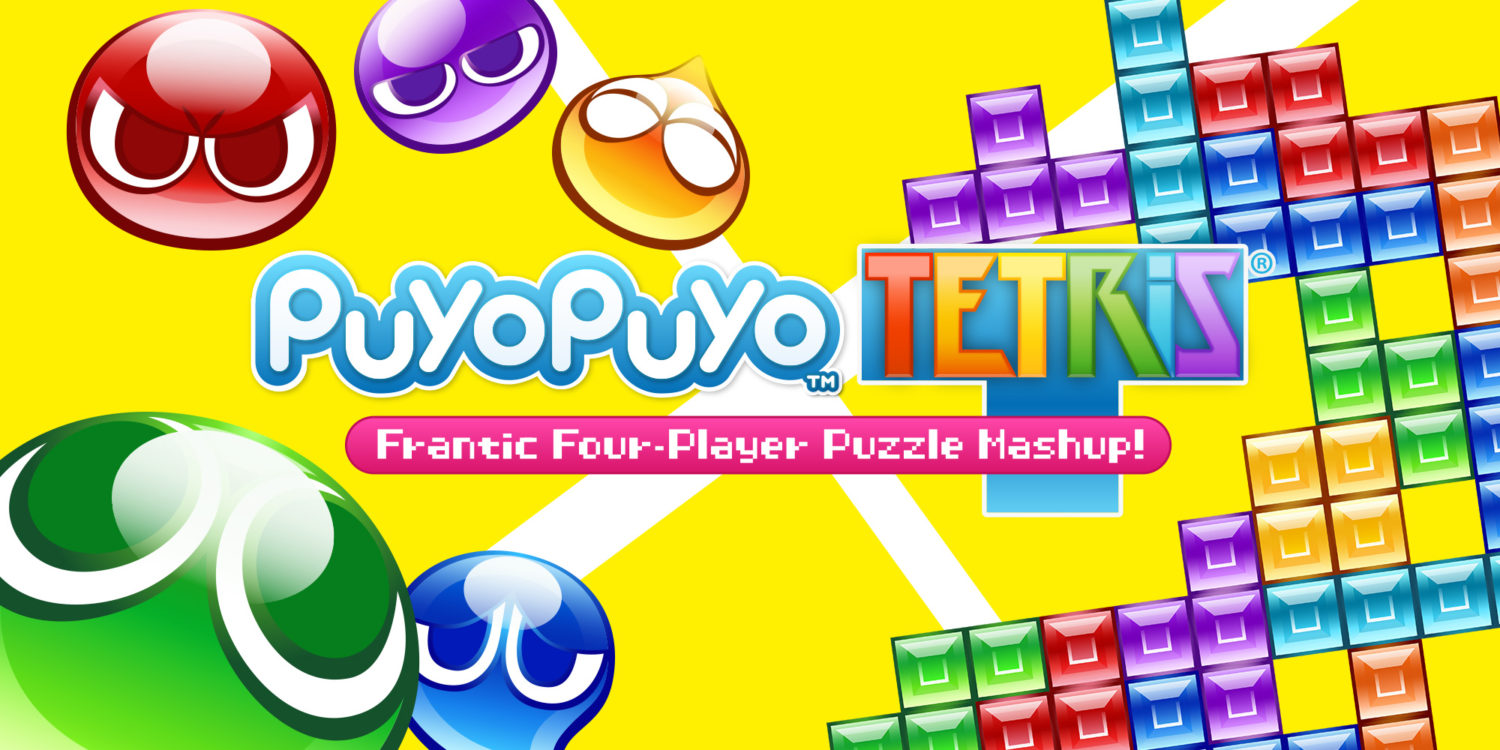 This has to be the most straightforward title I have ever reviewed. It has Puyos, it has Tetriminos. More importantly, it has Puyos and Tetriminos at the same time. If you’ve played Puyo Puyo or Tetris in the past, for the most part, you already know what you are getting when you play either of those two modes. However, Puyo Puyo Tetris does have a couple modes which has players switching between the two or playing with both on the same board. The Swap mode demands the player’s utmost attention, as they’ll need to change strategies frequently as they switch between boards. When the switch happens, any piece falling towards the board will disappear unless it leads to a pop or line clear, which is a nice touch that averts any frustration of having control wrestled away from the player.

Fusion forces the player to work with both mechanics at the same time. Whether you’ll get a Puyo or Tetrimino is random, but there is about a 70/30 balance in favor of Puyos. Since the Tetriminos take up a lot of real estate, keeping the count down reduces the amount of clutter on the screen at once. This mode is incredibly tough to grasp in the beginning, and can feel shaky compared to the Puyo Puyo, Tetris, and Swap Modes, but the overall concept does work.

The Adventure mode takes itself as seriously as you should expect a game about Tetris and Puyos to be. That is to say, if you take it seriously at all, you should probably take some time to go outside and get some fresh air. Something is causing both Tetriminos and Puyos to appear, and the only way to solve the mystery is to battle your way with and against goofy characters. Usually, adventure modes in games like these feel like a throwaway mode to get players acquainted with the game, and skilled veterans may skip it for online battles. However, the dialogue between characters is so fun, that I recommend players go through the campaign for that alone. The main incentive to play Adventure mode is to unlock all of the characters and voices, but it’s nice to know enough effort went into the campaign, so it doesn’t feel like a chore.

Adventure mode isn’t simply an exploration of the four main games, but will throw other variants such as party, fever, marathon, and tiny. These twists on the four main modes are what keeps the gameplay fresh throughout the entire campaign. Using all of the modes and variants described above, Adventure mode kept me coming back, even when times got tough; and they will. As you progress through adventure mode, the difficulty does increase steadily overall, but is subject to spikes and dips from battle to battle. Both Puyo-Puyo and Tetris are mostly games of skill, but luck can definitely play a factor on any board. I’ve been in knock-down, drag-out battles and lost, only to retry and win in under two minutes with little effort. On the other hand, I can only count a handful of those instances in the 100 levels of Adventure mode.

If you’ve had your fill of Adventure mode, Online, Arcade, and Challenge modes are there to take its place. Of course, these modes are really more of the same of what players saw in Adventure mode, save for the ability to choose your own rules; something completely expected and not at all detrimental to the game. Puyo Puyo Tetris is, after all, a multiplayer game for you and your friends, so this is where many players will be spending the majority of their time after completing the campaign.

Puyo Puyo Tetris is not going to change the way we look at either of those two games, but it is a fun merging of the two concepts that fans of the series may be interested in checking out. Even if this is your first time with either Puyo Puyo or Tetris, the game’s presentation of these modes are easy enough to grasp for beginners. On the other hand, more skilled players will still find challenge with Puyo-Puyo Tetris. If you’re interested in picking this game up, odds are you won’t be disappointed.