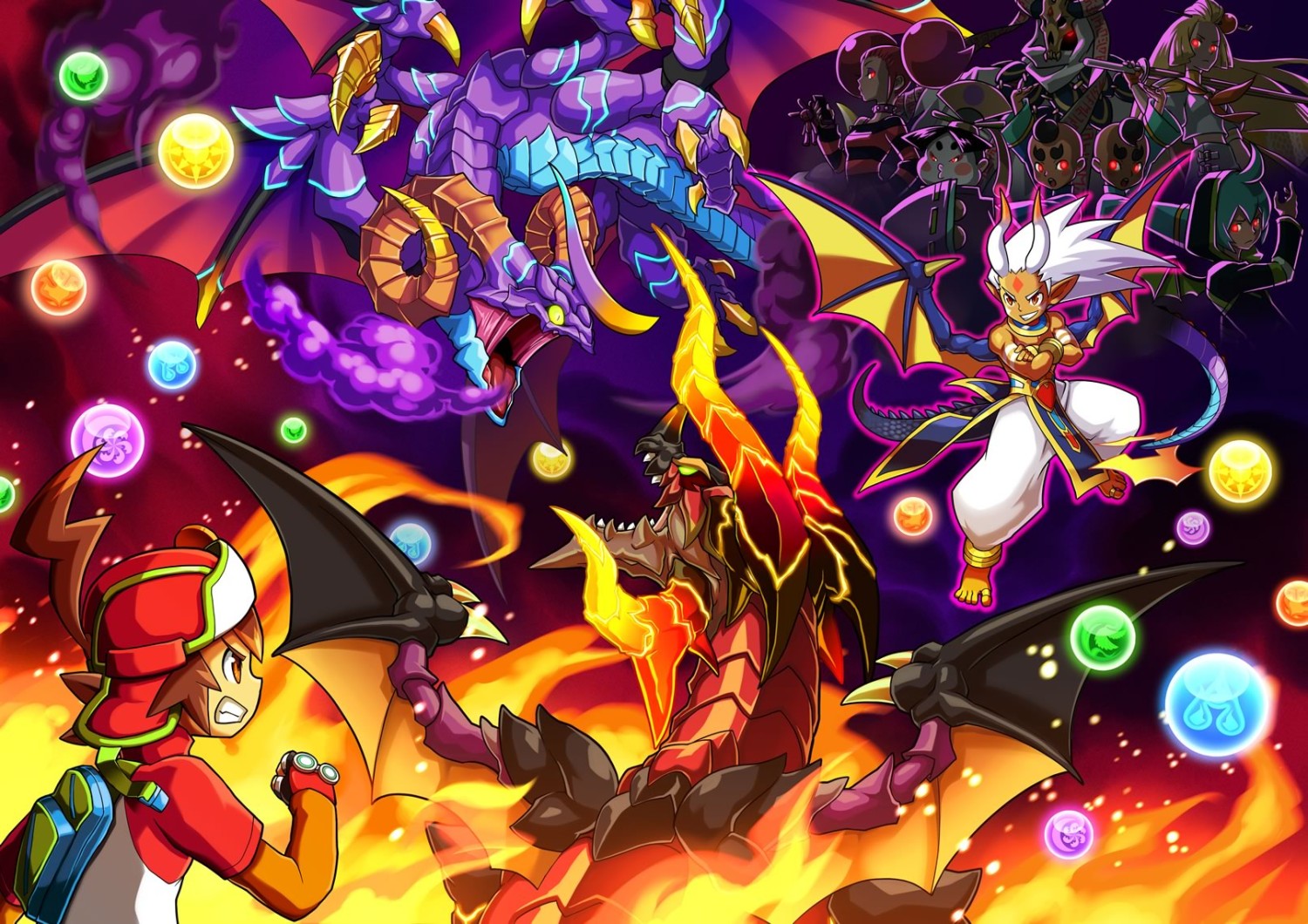 The first time I started playing the game, I initially began with what I was familiar with: Mario.  The Super Mario Bros. Edition of the game combines the gameplay of Puzzle & Dragons games with the characters and world of Mario.  What’s actually ironic about my experience with the Mario Bros. Edition is how much I disliked it.  I thought to myself, why is this version of the game not fun at all?  After playing for an hour in the Mario Bros. side of the game, I was at a loss for why this series had even gotten off the ground.  The gameplay was incredibly boring and the familiar Mario characters and world just felt tacked on.  My initial impression of the game as a whole was already off to a bad start, but then something happened…I played the Puzzle & Dragons Z side of the game and…the game totally redeemed itself!  Sorry for the theatrics in my writing but it really was a night and day difference for me.  After slogging through what seemed like an eternity in the Mario Bros. side of the game, I blew through several hours without even noticing on the Z side.  The gameplay is almost identical but it was the unfamiliar characters and world that became more exciting for me than anything Mario was offering.  Ok, enough with this gushing about the game, let’s get down to how exactly this game went from boring to compelling.

First, let’s talk gameplay.  Players will utilize the touch screen heavily for their attacks throughout the game.  You can think of the game as a cross between a turn-based RPG and a match-three/four/five puzzle game.  At the beginning of each battle, players will have to touch and drag orbs around the touch screen to line them up.  Not only are players concerned with the orb they are dragging, but they also need to be aware of how moving that orb shifts the layout of the others.  There is actually a lot more strategy to moving the orbs around than I initially expected.  The goal is to match 3 or more orbs to execute different attacks or healing moves based on the color of the orb.  In ideal circumstances, players will match several orbs that will not only attack the enemies but also replenish their HP meter.  Different types of moves will do different types of damage based on the strengths and weaknesses of each.  Just think of Pokemon games where Fire moves are good against Grass, Grass is good against Water, and Water is good against Fire.  Those basic elements along with Light and Dark make up the core moves.  In both games, players will capture ‘enemies’ along the way and then level them up and even evolve them.  Players can even create several different teams of enemies to use in different circumstances.  I’m a huge Pokemon fan so I immediately gravitated towards this gameplay element and it was a huge reason why I spent more time with the Z side of the game.  As players continue throughout the game’s world, they will collect more and more enemies and get stronger and stronger.  It’s really hard to sell the gameplay until you try it for yourself.  My recommendation would be to download the demo for the game and check it out if you are still skeptical.

Puzzle & Dragons Z features an adventure that plays out very similar to the Pokemon games but I felt the combat to be more interactive than the standard 4-move rock, paper, scissor battles.  The orb movements and strategy really added a lot to the game and it’s amazing how compelling it is.

The visuals in the game are top notch and the game features impressive 3D use as well.  On the Mario side, enemies are 3D polygonal models and on the Z side, the enemies are a nice blend of 2D graphics and animation.  The stereoscopic 3D was also very impressive in both sides of the game.  One thing that was interesting is that the overworld in the Z side is polygonal (like Pokemon X/Y games), but the characters were all 2D sprites.  It was a little jarring at first but I came to enjoy the detail and animation of the sprites.  I was worried that the game would get bogged down with micro-transactions or limiting player time but the game doesn’t feature any of that.  It’s a welcome change as some of the recent match 3 games for the 3DS, like Pokemon Shuffle, have featured this model.  I’m very pleased the developers just decided to have the game stand on its own and, boy, does it ever.

With all of the many many hours I’ve spent with the game, I’ve enjoyed it immensely.  Despite not initially enjoying the Mario side of the game, it has since grown on me even though I still prefer the Z side.  The game takes advantage of StreetPass and I no doubt see it getting a lot of use on my system.  While I was initially skeptical, Puzzle & Dragons Z + Puzzle & Dragons Super Mario Bros. Edition is an incredible game that is well worth checking out.

With all of the many many hours I’ve spent with the game, I’ve enjoyed it immensely.  Despite not initially enjoying the Mario side of the game, it has since grown on me even though I still prefer the Z side.  The game takes advantage of StreetPass and I no doubt see it getting a lot of use on my system.  While I was initially skeptical, Puzzle & Dragons Z + Puzzle & Dragons Super Mario Bros. Edition is an incredible game that is well worth checking out.