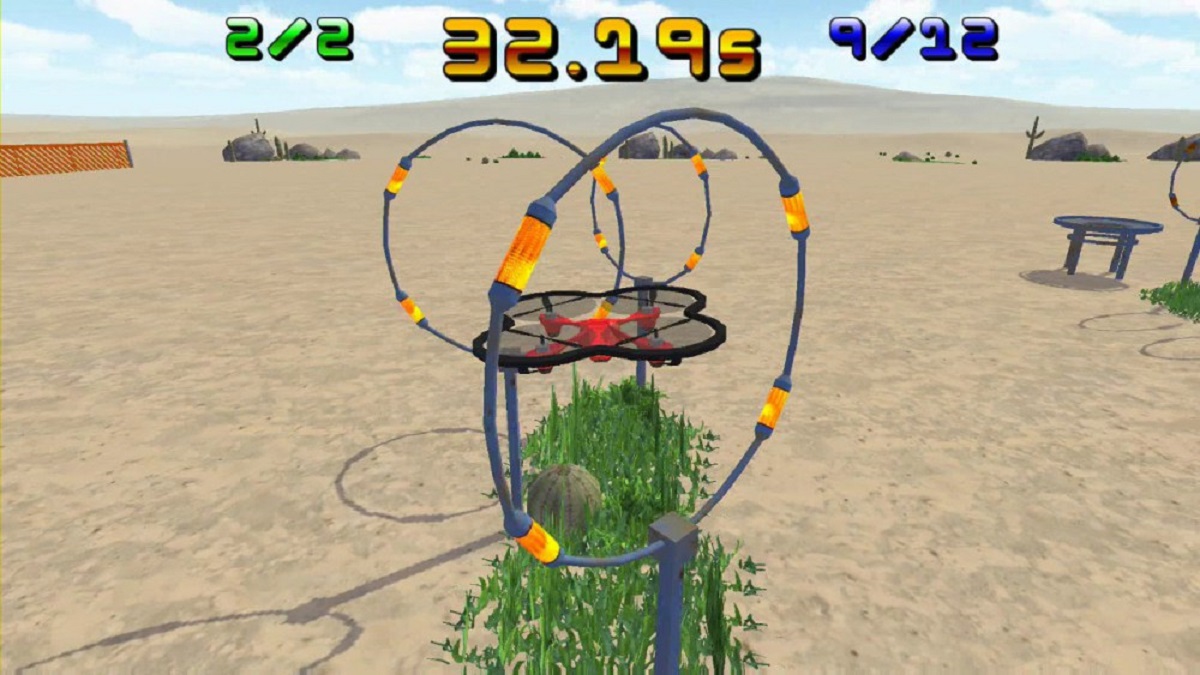 Quadcopter Pilot Challenge came into my possession unexpectedly, yet some of my favorite titles have been introduced in similar fashion.  While this game won’t become a favorite, it does have several commendable ideas and elements. 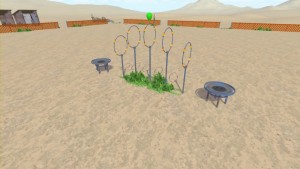 Ring flying challenges dominate initially, though there’s good variety as you progress.  Some of the early ones are more traditional like racing and target shooting, but you’ll soon encounter several wacky tasks.  Feel like herding some robotic sheep?  Or how about feeding burgers to purple humanoids who’ve survived a ‘disaster’?  These later challenges are such goofy fun, it’s a real shame they’re buried under the boring, unimaginative ring ones. 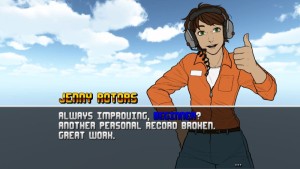 Flight Academy has you piloting with encouragement from Jenny Rotors, and friendly girl who’s upbeat more often than not.  I initially got a Pilotwings vibe from Flight Academy, though you’d never know I was a Pilotwings veteran if you watched me playing.  It can be terribly difficult if aiming for all gold trophies.  Thankfully progress is still made so long as you finish, and I had more fun ignoring the timer anyway.  An update tip – include a simple way to quit or retry a mission!  Challenges unlock as you beat them in Flight Academy, and can be replayed in any order.  I mainly did the later ones for some good chuckles. 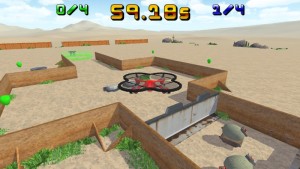 The audio-visual presentation for Quadcopter is okay.  The music didn’t leave a particularly favorable impression with me, but it’s low-key with an option to mute it if inclined.  The basic visuals could definitely use some variety (the tan desert locales are dull!) but they’re competent from a technical perspective. Considering most one person indie teams are making simple 2D games, I’m actually rather impressed here all considered. 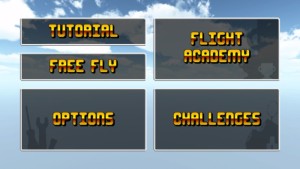 I could say much about the controls.  On the one hand, while I can appreciate the aim for realism, not every real life hobby translates to a fun video game experience.  On the other, there is a tutorial and free flying mode for practice.  Perseverance is needed for sure!  I’m convinced the controls aren’t so much the issue, as are the lack of control options?  How about the means to map them ourselves?  Or sensitivity settings?  The lack of the latter made me get a headache when trying to use the GamePad! 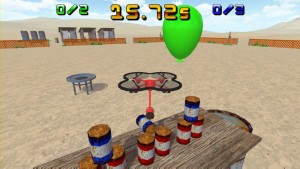 The GamePad displays a first-person view, differing from the TV’s behind-the-back perspective.  The camera is so jerky, methodical play is a necessity.  Which of course conflicts with the game’s time based challenges.  I don’t like the lack of true Off-TV play or alternate controller support.  But I do appreciate unique GamePad ideas, so even though I give lower marks for execution, I give high ones for the concept. 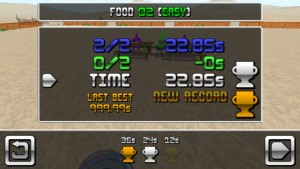 Quadcopter has launched at a price of $8.99.  It seems high to me, though in terms of sheer content it’s fair.  It certainly has something of a captive audience with WIi U fans as this style of game has little representation on the console, and people on Miiverse seem to be enjoying it.  In truth I was ready to quit it early, let down by dull ring challenges, frustrating time restrictions, repetitive visuals, and overly sensitive controls among other things.  Sticking with it though I found a game that (though definitely not great) was better than its first impressions.  If you’re a patient gamer, Quadcopter Pilot Challenge can give you an uneven yet fairly entertaining time.

If you’re a patient gamer, Quadcopter Pilot Challenge can give you an uneven yet fairly entertaining time.