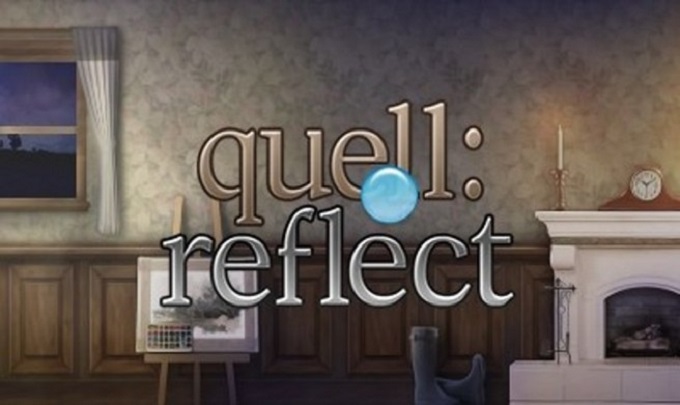 In the market for a great new puzzle game to play on your 3DS?  Head over to the eShop and check out Quell Reflect.  This popular mobile game translates beautifully to Nintendo’s handheld, and brings some new things with it in the process. 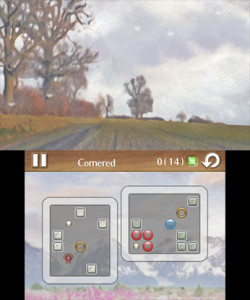 This game tasks you with collecting pearls by navigating water droplets through maze like areas.  Swiping the droplets moves them in a straight direction, and they’ll keep moving unless stopped by an obstacle.  There’s a brief tutorial to show you how the basics work, but after that the game leaves you on your own.  The concept is easy though – quicker to pick up through playing than by reading any explanation.   In time you’ll be avoiding traps like spikes and poison drops, and using items like portal rings and blocks (oddly etched with gender symbols) to your advantage.  The handful of elements introduced is small overall, but just right for this game – they manage to keep the puzzles fresh and interesting without seeming overwhelming.  You can choose to control with the stylus or traditionally. 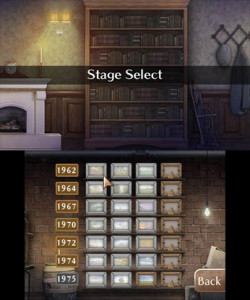 With named levels taking place on a window pane, the surrounding settings appearing like rooms of an old house, and stages grouped by years, Quell has a unique atmosphere.  With no context though, it feels like a bit of a missed opportunity.  While puzzle games don’t need stories, even a brief mention giving some insight into the design would have been appropriate.  As long as you don’t ask too many questions however, you’ll probably dig the atmospheric settings.

Atmosphere extends to the game’s audio and visuals – both excel.  I really enjoy the high quality of the slow violin, piano, etc. tunes (listen in trailer above).  If the style of music isn’t for you, no worries – just turn it off and just enjoy the rainy sound effects.  A stellar audio package!  Visually the simple (but appropriate) mazed levels are overlaid on scenic hazy backdrops that fit in well with the relaxing vibe set by the audio.  The upper screen actually changes based on when you play, which surprised me!  Daytime blue skies of autumn change to pink hues of a setting sun and then purple shades of evening.  The only visual letdown is the complete lack of 3D.  With rain drops constantly trickling down the top screen, 3D would have fit in particularly well.  It’s disappointing to see no effort was made in that area. 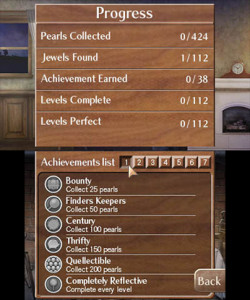 Quell has a fairly gentle challenge through the first two-thirds or the game or so, but the last third is quite difficult.  Should you manage to beat all levels, you’ll unlock 3DS bonus stages.  Additional challenge (and replayability) comes from trying to finish each level in the perfect number of moves – the game displays the minimum it takes to win, and trying to accomplish this is often tough.  Further content includes a secret jewel hidden somewhere in each level, and over three dozen achievements to earn.  Replay value is well covered.

While a more relaxing puzzle game might not be for everyone, it’s proven quite popular in the Gould household – we love Quell Reflect!  There are other games in the series, and we hope to see more finding their way to 3DS.  At only $3.99, Quell Reflect is a very easy recommendation – it’s especially worth it thanks to its fun gameplay, strong audio-visual package, and replayability!