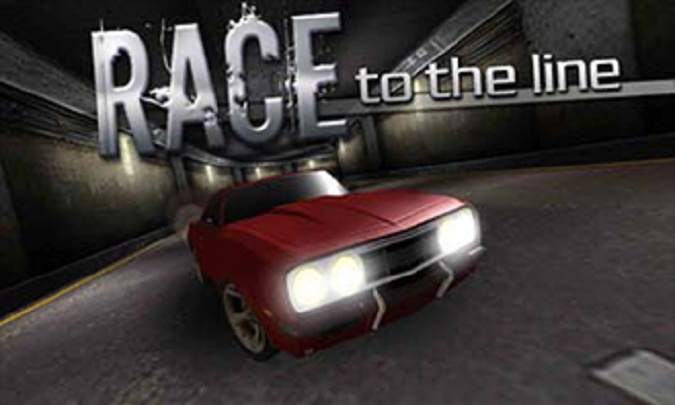 PN Review: Race To The Line

Despite what the title suggests, this is less of a racing game and more of a driving one.  Top speeds often just crack fifty mph, and the challenge comes not so much from cars trying to speed past you as trying to run you off the road.  I found it a bit odd initially, but got used to it before long.  Which isn’t to say this approach will be for everyone – It can certainly prove annoying, and the game has various shortcomings which don’t help matters.  But I still had some fun, even if Race To The Line turned out to be just a barely average release overall.  Whether you think it even achieves that rank will depend in large part on what areas you choose to focus on.

The potential for frustration while playing this game is very real.  The artificial intelligence’s ‘cut off the nose to spite the face’ mentality peaks when cars decide to come to a near dead stop in the middle of the road solely to prevent you from making progress!  The, at times, erratic driving is clearly a result of being programmed more in the vein of demolition derby cars.  Whether you’ll want to see the game through or not will depend on how this vibe registers.  It does give the game some unique challenge however. 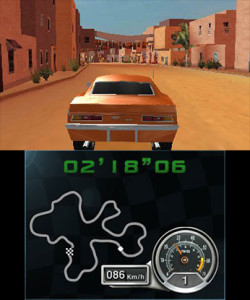 Another challenge can come from the controls.  As a rule I thought they were decent, but they did tend to fluctuate depending on both the difficulty level and the chosen car.  More often than not I preferred the most zoomed in view, which reminded me a bit of the Ridge Racer style control feel.  This view also helped lessen frame rate struggles.  While some cars controlled questionably, learning them did add a further layer of challenge to what is otherwise a fairly easy game.

Visually this game is … quite the mixed bag.  It’s an odd blend where extremely dated graphics duel it out with surprisingly promising ones.  On the one hand, I haven’t seen a game handle draw distance like this in nearly twenty years!  Cars also routinely clip through one another when close by or passing, and some of the textures are bland and muddy.  It’s decidedly retro, but without the benefit of nostalgia.  On the other we have modern touches, which include enjoyable backgrounds and textures that are sharp and detailed.  It’s quite a striking contrast!  What exactly is going on here?

My guess ties in with the fact that this was originally a DS release.  I think it accounts for the games vastly uneven look.  It’s very clear that some work was done to improve the games graphics, but it didn’t go far enough.  It has an unfinished feel, as if the updates stopped halfway through.  While I was able to concentrate on the games pleasing visual aspects and overlook many of the dated ones, others may not be so inclined.  You take the good, you take the bad … 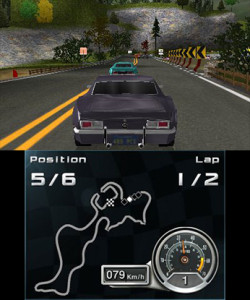 The game’s tracks are lengthy, and will keep you busy if you choose to stick with it.  I thought driving around in the time attack mode was fun, with the absence of AI controlled cars.  I might have been able to zone out and enjoy the driving even more if not for the generic rock tunes which don’t impress much.

Overall Race To The Line is a very basic game, which seems to struggle with ambitions that a move from humble DS origins to the 3DS brings.  I actually like the idea of a focused driving title in the vein of the original Need for Speed or the Test Drive games.  This is not that game however.  Does it make it bad?  No.  Especially as it’s a budget eShop release, I’m more forgiving – It’s easier for me not to dwell on the areas where it falls short.  But there isn’t really anything here to elevate it past the low end of average – there’s not even multiplayer support.  I do see some potential though, so perhaps a follow-up could prove more appealing.  More consistent controls and visuals would be big steps in the right direction.