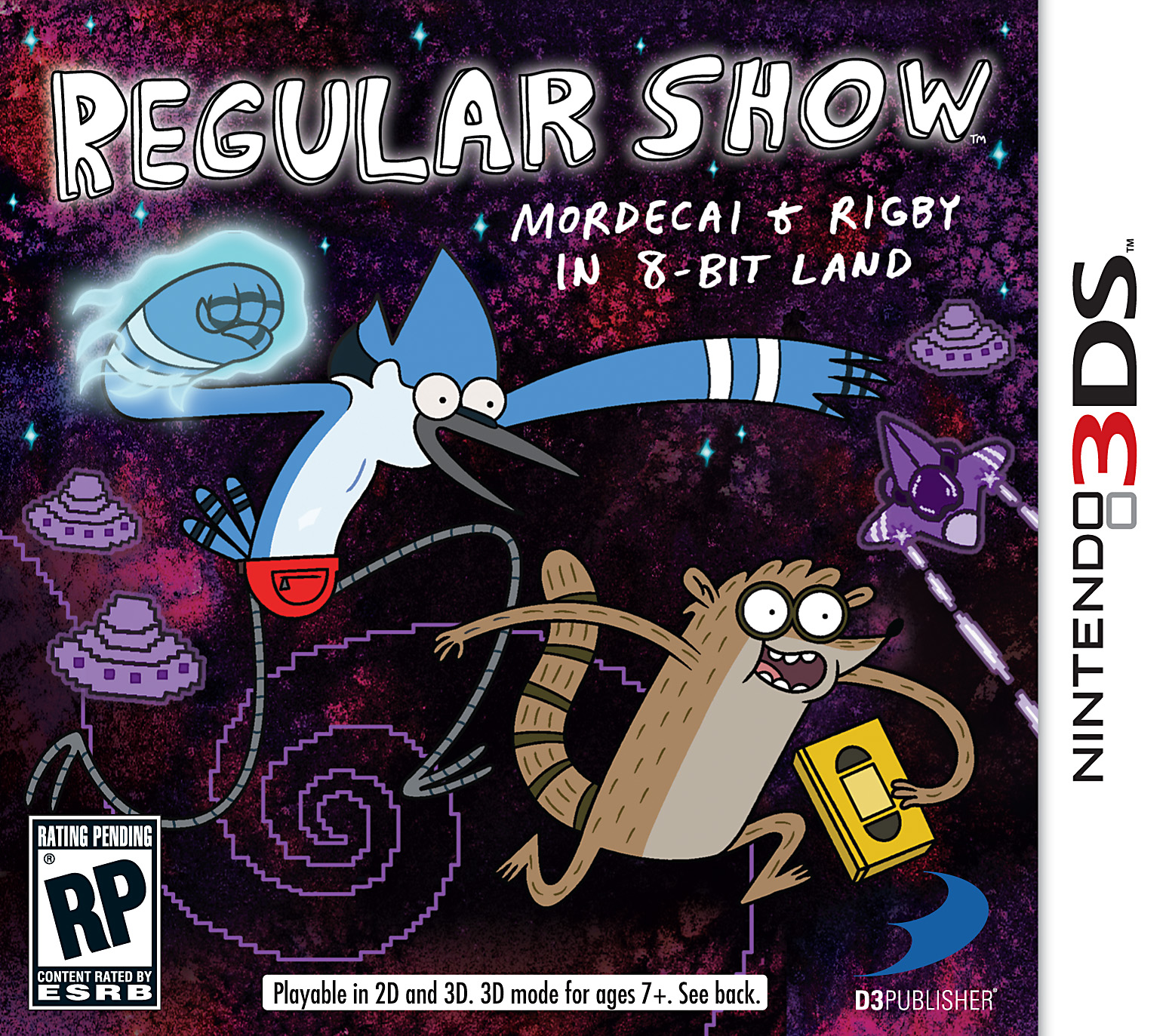 Ever have that best friend that enjoys all the same things you do? Slacking off, playing video games, drinking coffee? Me too! But the two best friends in question are Mordecai and Rigby. Let me start off by saying, I love me some Regular Show. It’s one of those cartoon shows that test what they can get away with on kids programming. Kind of reminds me back in the days of Ren & Stimpy. But that’s nostalgia talking.

I had the chance to play Mordecai and Rigby In 8-bit Land at PAX Prime this year and was excited that I go to do the review. With that said, lets jump right in.

During a regular day at the park, Benson tells Mordecai and Rigby to mow the lawn. Shortly after, a package arrives for the two addressed to “The Park of Anytown, USA”. I hear the weather is lovely in Anytown this time of year. Inside the package is a brand new video game console just waiting to be played. If you were in this situation what would you do? Mow the lawn? Or play a new game console sent by some unknown stranger? My money is on video games.

After hooking up the system, Mordecai and Rigby are sucked into the game or in this case 8-bit land. Thus our game begins.

When I first booted up this game, WayForwards jingle played and I immediately knew that this was going to be a good game. This was the game studio responsible for the Shantae franchise and recently DuckTales: Remastered. These guys and gals know how to make a good game.

Mordecai & Rigby is practically a love note to the old school days of NES gaming. Everything from the visuals, the gameplay and the fantastic chip tune style music. Each world is based on a certain genre of gaming that is easy to jump in and learn. World one is platform based, world two has moments where you need to transform into a spaceship for some side-scrolling shooter action and the third world will play like a top down shooter.

The fourth and final world will truly test your skills, as you have to apply all the different game mechanics that you’ve experienced in the previous worlds. Not only is this following the traditional formula of a NES game, but just good game design in general. It only makes sense to use all of the skills and abilities you’ve obtained and put them to use. It feels rewarding and makes you reminisce about the game from your time in level one to the games final boss.

Both Mordecai & Rigby have their own special abilities that you’ll need to master if you plan on beating the game. Mordecai can double jump while Rigby can run over small gaps and crawl through small spaces. There are moments where you’ll have to alternate between the two on the fly depending on the situation.

You can grab power-ups in each level that not only allow you take an extra hit, but the ability to shoot projectiles of death punches as Mordecai and lasers as Rigby. Not only that, but they two will be donning their mullets and cut off jean shorts such as the style of Death Kwon Do (see episode Death Punchies for reference).

Throughout each level there are three VHS tapes (that’s video home system for you younger kids out there) that when collected can unlock concept art, music menus and cheats or in this case, the Game Djinn. (Get it?) Collecting each tape feels rewarding as you have to go out of your way to collect them, and at times, it can pose a challenge to do so.

Difficulty is a big factor when comparing modern games with NES titles. You couldn’t just rush through an NES without dying a multiple amount of times and this game is no exception. Getting touched once (granted you don’t have a power up) will result in you loosing a life and this will happen frequently. The good payoff is that every time I died, it was my fault. Not poor enemy placement or level design, just my own hubris.

At the end of each level, you have the chance to play a bonus game to win a fanny pack, which acts as continues, an extra life or just more cash. You have the option to either spend $50 per chance, or five of your 3DS play coins. I was pleasantly surprised to see the option of using the 3DS play coins as an option considering the only time I’ve spent them was to complete puzzle spaces in my Puzzle Swap.

My biggest gripe about this game is its length or rather lack of. The game only has four worlds each with four levels and one boss. I was able to complete the game the day I downloaded it. While I had a very enjoyable time playing it, I feel as though there were more old school genres that could have been explored therefore expanding the game.

Other than that I had a great time playing Regular Show. Not only is it a game based on an already amazing TV show, its also a game that provides a fair challenge and a fun time. If you’re a fan of Regular Show then I recommend this game. If you’re a fan of NES style gaming, challenges, then I recommend this game. With that said I’ll end this review with a quote from both Mordecai and Rigby. “OHHHHHHHHH!!!!!!!!”