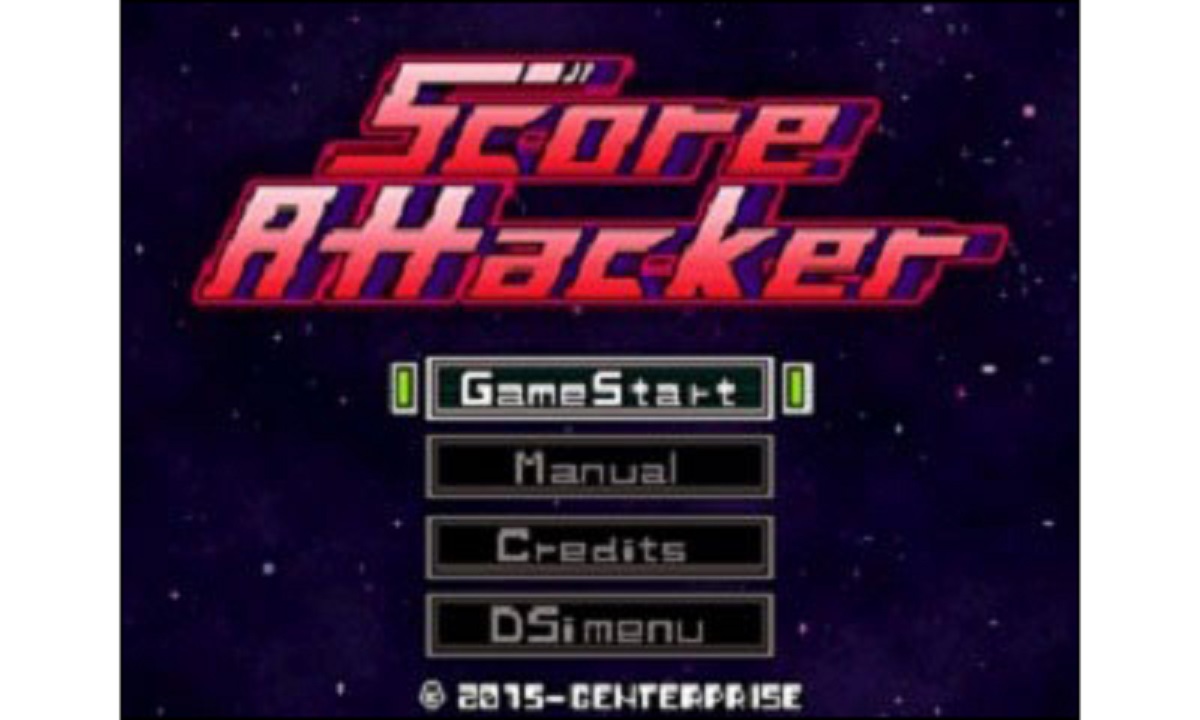 Score Attacker could be the name of any G.G Series title, but it just so happens to belong to this new shoot em up.  The space action can be a bit pedestrian, with high scores serving as the main draw, but this game manages enough right to warrant a look from genre fans. 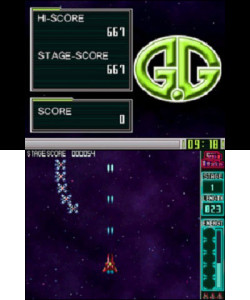 The presentation is surely minimalist, being DSiWare, but I’m appreciative of the variety injected into the game.  Though not reflected in the very limited press screenshots, each stage has its own unique background graphics.  The enemies wouldn’t seem out of place in early classic shooters, offering a comfortable retro arcade vibe.  The music is decent, with typical shooter type sound effects accompanying the tracks.  There’s multiple tunes to be heard.

Besides your standard weapon, there’s a gauge which will fill and allow you access to two special shots.  First is a powerful cannon, which is definitely best saved for use on the larger enemies.  The second special is “Blast”.  Holding more appeal for less aggressive players, it absorbs enemy fire to add to the score.  The controls are fine and (if playing on 3DS) benefit from the circle pad.  The game will adapt to your play, increasing or decreasing difficulty based on your scores.  It’s a nice touch as an intriguing replay incentive. 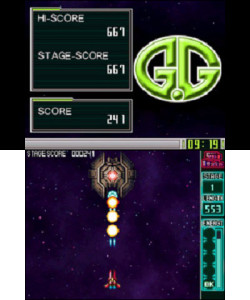 This game is short at five stages, but with a feeling that’s more on the generic side overall it might be for the best.  It won’t wear out its welcome and, while certainly not the most engaging experience, the length’s good if you’re looking for a quick game. Replaying to up your score and try the harder stage variants provides a bit of incentive, and sometimes it’s good having a budget title you can beat quickly, especially on a handheld.

A lack of any standout features does no favors, but overall there is more here to enjoy than dismiss.  The gameplay’s smooth and fairly enjoyable, there’s no major faults, and it’s priced right at  just $1.99.  While this isn’t the sort of title that will drive a great deal of traffic to DSiWare, shooter fans should find some fun here.  If you’re itching for some arcade style space shooting, Score Attacker is an inexpensive way to pass the time.

A lack of any standout features does no favors, but overall there is more here to enjoy than dismiss.