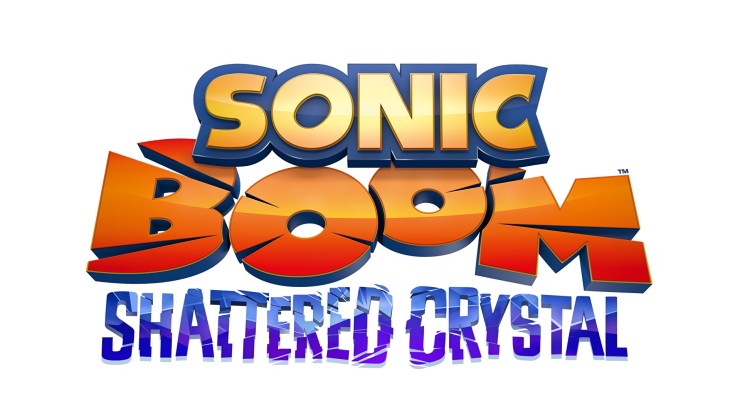 If you’ve come here from my Sonic Boom Rise of Lyric review, then welcome! If not, I’ll leave a link for you right HERE.

So much like Sonic Lost World, the newest Sonic title also comes with a 3DS counterpart. This one is a bit different though when comparing it to its console sibling. If you’ve read my Rise of Lyric review, then you already know my thoughts on that particular title. Let’s not waste anytime as we jump into Sonic Boom: Shattered Crystal.

Our story starts off with Amy deciphering some ancient texts that tell of a crystal of unimaginable power. Eager to get his claws on the crystal, is our antagonist, Lyric. After a short battle with Amy, Lyric places a mind control device on her head and takes her captive in the hopes that she will show him the crystals location.

Sonic and friends are now following Amy’s trail in the hopes to stop Lyric and save Amy in the process.

What’s odd about this story, is that Lyric isn’t cannon. When playing “Rise of Lyric”, it’s the first time Sonic and company have ever encountered him. Same goes for “Shattered Crystal”. They’ve never met him let alone heard of him. Just a new threat that seeks to conquer the world with the help of this hidden crystal. This kind of threw me for a loop, but it’s easier to state that both games are not linked in any way.

Once you start the game, you can actually read a pretty neat comic that gives more back story to Lyric and his encounter with a returning character in the Sonic franchise. I really enjoyed this little treat, as part of me has been meaning to check out the Sonic comic series for sometime now.

So not only are the stories not linked between the Wii U and 3DS titles, but the gameplay is vastly different as well.

This time around, there is no massive hub world to explore and mundane side missions. We’re back to the traditional style of side scrolling platforming action that Sonic is known for, with a few new twists along the way.

Much like “Rise of Lyric”, Sonic isn’t alone on his adventure. Accompanying him are Tails, who can ride air gusts. Knuckles, who can burrow in specific areas. And lastly, the newest member Sticks, a badger who can throw a guided boomerang to hit out of reach switches. You’ll be swapping between each character throughout your play-through if you plan on collecting everything such as blueprints or crystal shards.

While we’re on that topic, let’s talk about collectables. In each stage, there are up to five goals that can be met. Finishing the level in a certain time or with a certain amount of rings will reward you with a token which can be used to purchase some figurines that I’ll be honest are completely useless. And finishing the level, gathering all blueprints and crystal shards will grant you a medal for each.

You’ll need these medals to access future levels so try to collect everything in one go. While this can break the pacing and also force you to replay old levels, there’s actually a nice payoff. Collecting blueprints will grant you special power ups that actually give a sense of growth, while the crystal shards add to the overall motif of the game. Plus, whenever you get the upgrade that locates shard pieces and blueprints, collecting them becomes much easier.

One of the biggest draw backs that I found while playing Shattered Crystal, were the levels. Now don’t get me wrong, these are some well thought out levels and they make you work for hidden secrets, it’s just at times they drag on. There were moments that took me up to 12 minuets to finish a level and this was without searching for collectables. While I do enjoy the sense of exploration, getting lost happened more frequently than I hoped.

The soundtrack in this game, while not memorable, is easy on the ears and reminds me of a more simple time for Sonic back in his Genesis days. Anyone else a veteran of the Nintendo and SEGA console wars? The music would switch up when transferring over to different parts of the stage which helps alleviate hearing the same track again and again.

In the end, my time with Sonic Boom Shattered Crystal was MUCH more enjoyable than that of Rise of Lyric. It was great going back to the basics of a side scrolling Sonic title with some added exploration that yielded worthwhile results. While I can’t in any good respects recommend Rise of Lyric for any Sonic fan, I can safely say that Shattered Crystal is the stronger of the two.