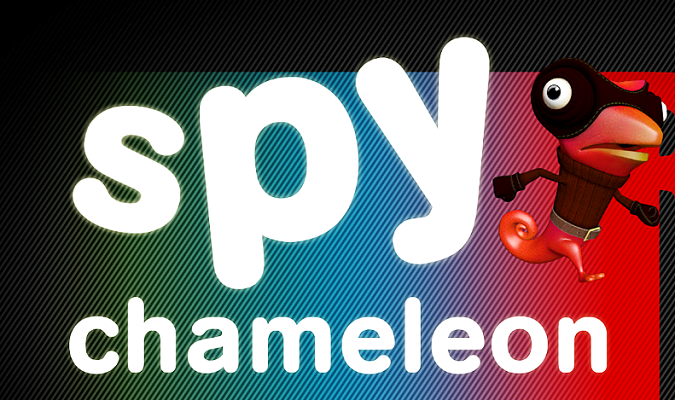 Spy Chameleon is a cool name for a cool game.  This arcade style adventure takes you through a number of missions, where you’ll have to utilize color changing abilities to solve puzzles necessary to progress.  Action gamers needn’t feel left out either, as it can reward those who decide to approach it with a more ‘guns blazing’ mentality.  No matter what gaming cloth your cut from, this title has lots to offer!

I give the gameplay points for intuitiveness.  The ‘advancing to the exit while keeping concealed’ approach is easy to grasp, and new mechanics are introduced at a good rate.  Swapping colors to blend in with the scenery is fun, although there are plenty of other tricks too.  Moving around furniture, and running about in a cardboard box ala Solid Snake, are just two additional ways introduced to remain out of sight. 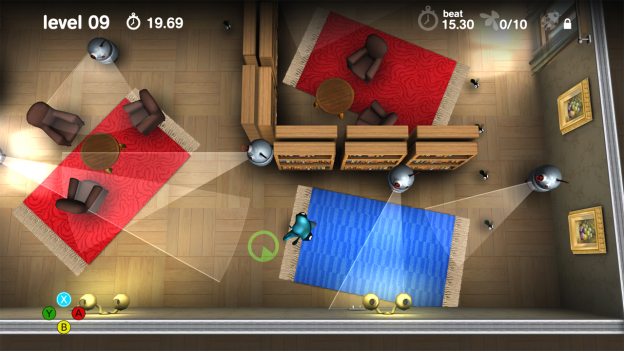 Enemies are plentiful, with surveillance cameras, moving drones, and search lights among the more common threats.  Level design itself can be a threat too in how it misdirects you at times.  Being able to pan small distances to see more of each level is helpful, but you may still find yourself taking needlessly long ways around, or getting tripped up by taking paths blocked with furniture and such.  As you advance the missions take on even more complicated designs, with larger sized areas requiring quicker timing and the like.  There’s diversity in the challenge. 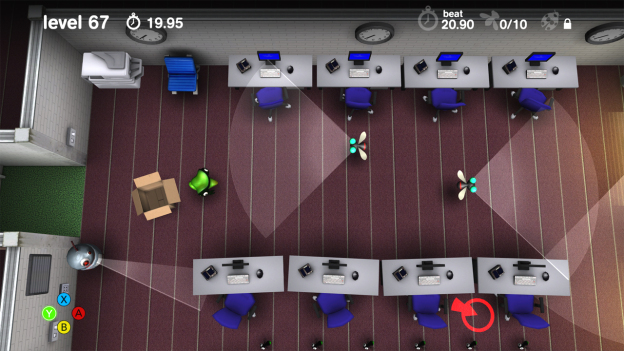 Spy Chameleon handles all the usual categories admirably.  Visually it’s smooth moving through a series of diverse rooms.  Both color and lighting are key graphical aspects.  The music sounds like a 70’s style spy show soundtrack, and makes for a very good listen.  Control is great, with the color changing abilities nicely mapped to the buttons.  There is Off-TV play, but the TV remains black rather than mirroring the GamePad.  There are also options to play with the Pro Controller, or Classic Controller Pro, besides the GamePad.

If you like revisiting completed levels with new objectives, Spy Chameleon has you well covered.  Upon beating each level, secondary challenges open up.  Whether it’s scooping up all collectables, or finishing levels in set times, these objectives expand and breathe fresh challenge into the game.  Most importantly, they’re enjoyable!  And with two difficulty settings, gamers will be happy no matter their experience. 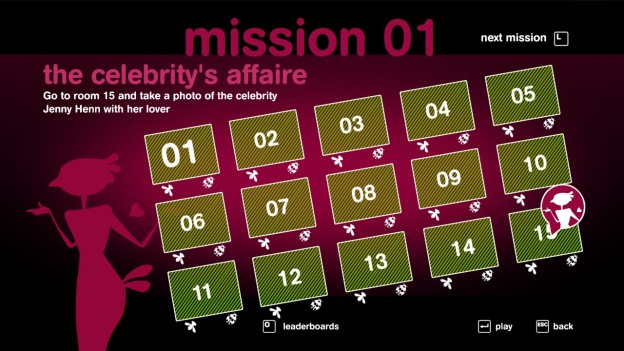 There are a couple extras in Spy Chameleon, including various achievements.  The game keeps a running tab of your accomplishments, and various other game statistics too.  Online ranking is another, with leaderboards for both friends and the world.  They seem inconsistent in how quickly they boot up though, varying from a few second to over a minute!  Still, to those so inclined they offer a competitive edge that some will surely welcome.

Spy Chameleon was a very pleasant surprise!  I had a great time playing (and replaying) through its 75 levels, and I highly recommend it to any looking for an enjoyable new eShop game.  These are the types of releases we should be embracing (and downloading) and I’m looking forward to future titles from Unfinished Pixel.  I hope their Wii U début finds the success it deserves! 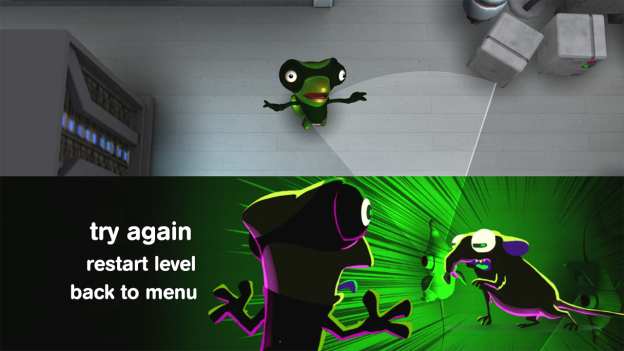 Spy Chameleon delivers on all fronts, making for a highly enjoyable Wii U game!